Sepinwall on Emmys 2019: ‘Thrones’ Rules, But First-Timers Rise to the Occasion

The pessimist’s view of this year’s Emmy nominations would start out with the idea that Game of Thrones‘ weakest season just shattered the record for most nods in a single year (32, lapping NYPD Blue‘s 26 in 1994), including writing and directing for the widely-panned series finale. It might then go on to note that Better Things and its creator/star Pamela Adlon were ignored after Adlon was nominated in each of the last two years, or that fantastic performances like Better Call Saul‘s Rhea Seehorn, GLOW‘s Alison Brie, and everyone on The Good Place not named Ted Danson continue to be overlooked.

The optimist’s view would cover basically everything else. 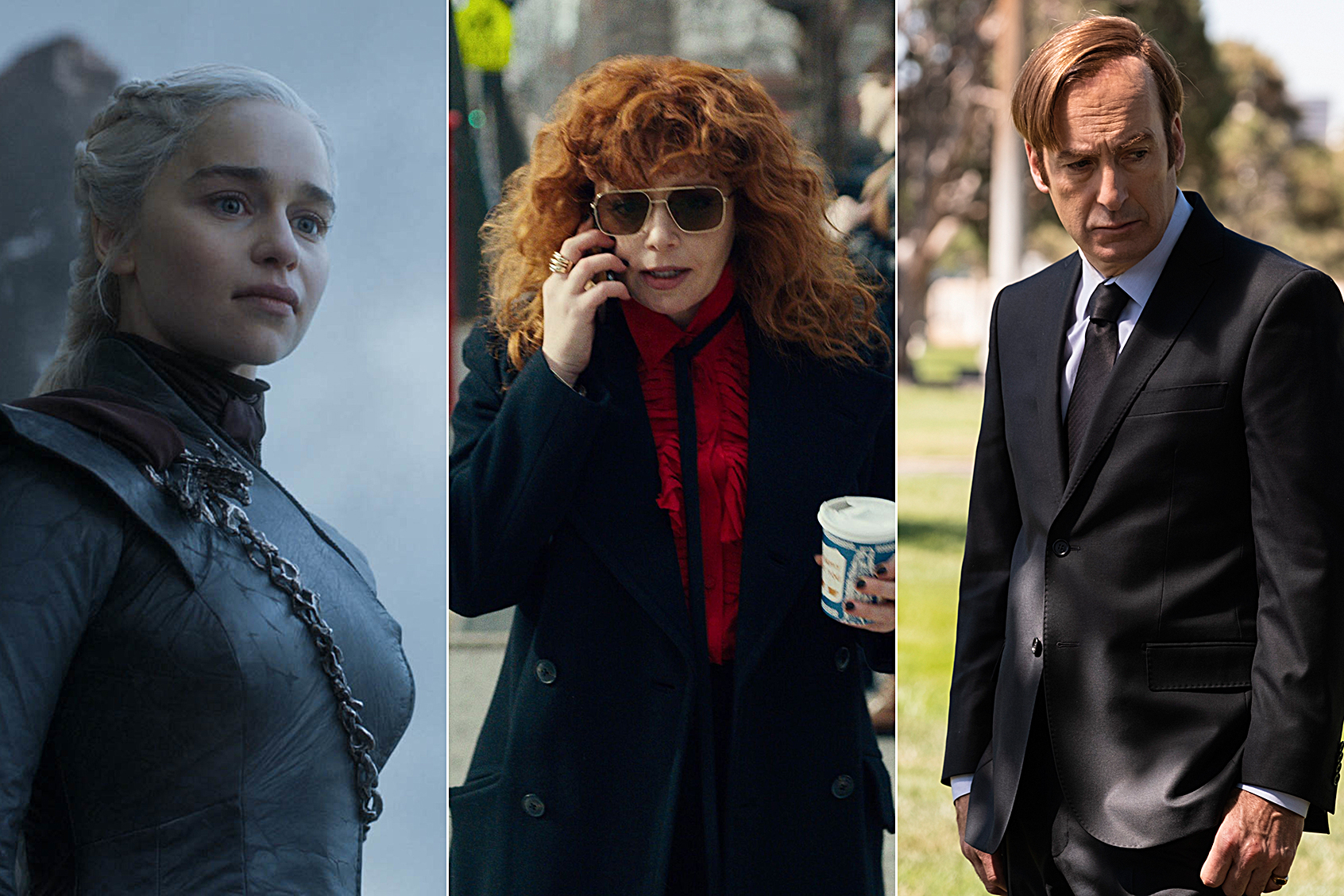 Alan Sepinwall Picks Who Should Be Nominated for 2019 Emmy Awards

The Thrones steamroller was inevitable. It’s the TV phenomenon of our time, in its final season of eligibility. HBO has one of the biggest voting blocs in the entire Television Academy, and several other major contenders like The Handmaid’s Tale sat out this eligibility window specifically to avoid being burned to ash by Drogon(*). Thirty-two nominations — including three of the six drama directing slots and four of the six drama supporting actress slots — would feel excessive even for a creatively stronger season, but it also seemed inevitable, given the show’s success and the relative lack of competition. (That writing nom for the finale was the show’s creators, David Benioff and D.B. Weiss, gaming the system by only submitting one script in the category, knowing there’s no way they’d be omitted altogether.)

(*) In a quirk of the Emmy system, the few Handmaid’s episodes that aired after last year’s window closed were eligible this year, and the show picked up a couple of nominations, including for writing and guest star Bradley Whitford.

Thrones did so well in large part because the exciting work in TV over the last year has largely been done in comedies and in limited series. Not coincidentally, the nominations in those areas were far more exciting.

Veep still seems the comedy frontrunner for many of the same reasons as Thrones (HBO, beloved show in final season, Julia Louis-Dreyfus as an inner-circle Hall of Famer who also beat cancer since she last won). But there was also room for thrilling newcomers like Netflix’s Russian Doll and Amazon’s Fleabag (the two best shows of 2019 so far) and their creator/stars Natasha Lyonne and Phoebe Waller-Bridge. (Fleabag‘s support was wide-ranging enough to get supporting actress nominations for Sian Clifford and Olivia Colman, though Colman’s recent Oscar win might have helped, too.) The Academy also managed to acknowledge a late-breaking success story like Pop’s Schitt’s Creek and its comedy legends Eugene Levy and Catherine O’Hara. The Good Place finally broke through for a comedy series nod in its third season, and got a writing nomination for the marvelous “Janet(s),” where D’Arcy Carden (who announced the nominations but didn’t get one herself) played most of her co-stars’ roles. There was even a writing slot for “Anna Ishii-Peters,” the heartbreakingly well-observed penultimate episode of Hulu’s wonderful first-year comedy Pen15. And when you extend things out to animated comedies, BoJack Horseman finally got its first nomination (for the episode-length monologue “Free Churro”), as did Netflix’s sick and sweet Big Mouth (for its episode about Planned Parenthood).

And there was remarkable work to be found throughout the limited series and TV-movie categories. (So much so that I’m sad but largely understanding that none of the actors from Deadwood: The Movie were honored, though the film itself was nominated.) Patricia Arquette picked up her expected double nod: lead for Escape at Dannemora, supporting for The Act. When They See Us, Ava DuVernay’s searing Central Park Five miniseries for Netflix, got 16 nominations. HBO’s devastating and inspiring disaster epic Chernobyl did even better, with 16. If Arquette wants to keep her Dannemora win streak alive, she’ll have to defeat a powerhouse group that includes Sharp Objects‘ Amy Adams, Fosse/Verdon‘s Michelle Williams, her The Act daughter, Joey King, and When They See Us‘ Niecy Nash and Aunjanue Ellis.

Even amid the silly Game of Thrones pile-on, there were impressive choices to be found throughout the drama categories. Pose and its leading man Billy Porter were nominated, though none of the show’s trans performers were. The ongoing Seehorn snub is particularly glaring given how virtually everyone else on Better Call Saul got nominated, but that show remains terrific, and maybe there’s a chance it or Pose derails some of Thrones‘ momentum when it’s time to present the actual awards. (And any of those supporting actress nominees would make a deserving winner, no matter how odd it looks for Kit Harington to be nominated as one of the best dramatic lead actors in all of television for his work as Jon Snow.)

Honoring all the great work is damn hard in Peak TV, even when some categories expanded to seven or eight nominees. But given the parameters of what was eligible, what was inevitable, and what was deserving, there’s a lot more to cheer than to scoff at. I call that a win.

WWE's Jeff Hardy Was Passed Out In Stairwell Before Arrest, Cops Say