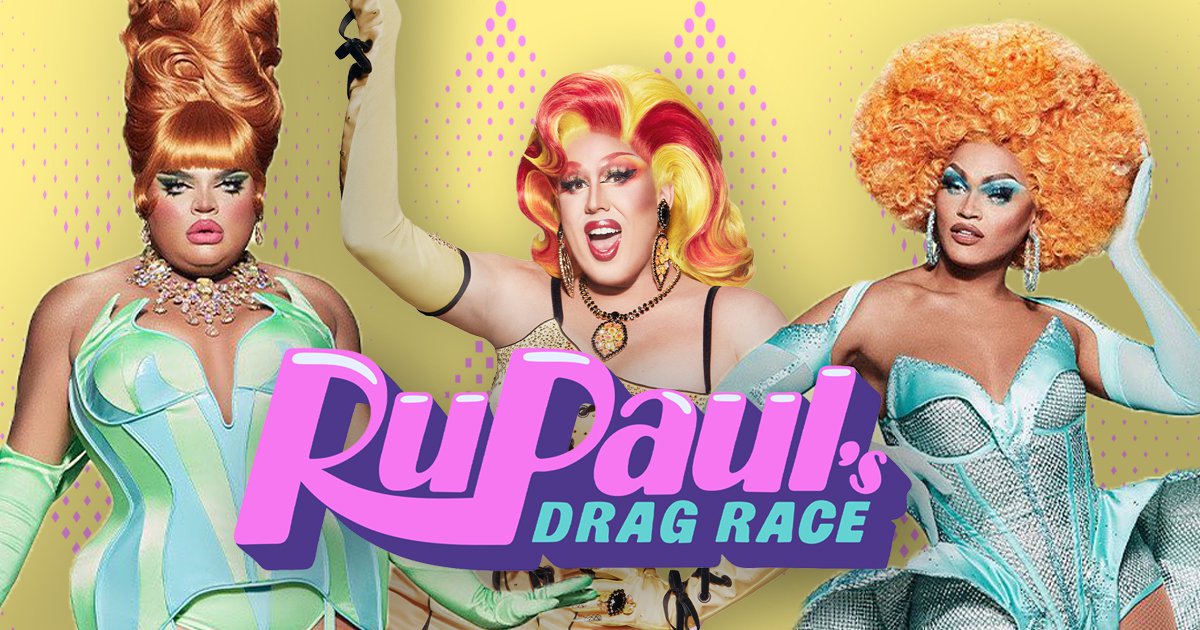 Burn, baby, burn! It was time to celebrate the history of disco on RuPaul’s Drag Race season 13.

Separated into pairs, each with a routine to different parts of disco history, we don’t think we’ve ever had such fun seeing Ru panic over the queens’ lack of knowledge.

The shock over her face was hilarious as she tried (and failed) to educate on that era of music, as the girls continue to get younger.

But regardless, the girls did their best to pull it out of the bag, and mostly succeeded.

So who gave us disco fever, and who was more murder on the dancefloor?

Here’s how we thought the girls did, from top to bottom…

**Note: Rankings do not take into account events of Untucked as it’s currently unavailable in the UK.**

There wasn’t a single part of this week that Olivia Lux didn’t fully slay and it’s good to see her back on top.

Her disco performance was a fabulous, standout moment, and even in the group routine segments it was her we were focusing towards.

Then to end with a little black dress runway that screamed ‘Beyonce going as Tina Turner to a fancy dress party’ and we had her pinned down as the winner.

Even in the workroom and confessionals she stood out, with her honest account of life battling with her weight, making it obvious the effect it had on her without it getting too sympathy driven.

In the words of one miss Michelle Obama: ‘Girl, you’ve done it again.’

We’re beginning to think it’s impossible to beat this queen in a runway look, with this black and blonde body-ody-ody moment made out of ACTUAL HAIR AND BRAIDS is just iconic.

Throwing in a reference to a RuPaul video while she’s at it as well was never going to hurt her.

She did great in the challenge too, handing out receipts left right and centre to anyone who dares to question her.

Symone is the queen to beat, and we’re beginning to think that might be a little impossible.

After messing up her choreography in the main challenge, Gottmik had to pull it out of the bag to get the judges back on side in the runway – and she succeeded admirably.

It takes some nerve to walk down a runway pretty much completely naked – but wearing the littlest of little black dresses just to cover her crotch might have been the stroke of genius needed to get her through.

It was easily the stand out moment of the night and we absolutely loved it.

This week was a solid week for Denali and she definitely proved her worth as a disco queen among the competitors.

Her Black Widow look on the runway was pure class too, with these little tiny reveals just adding and adding to it as they went on.

By the time she revealed the eyes on her head, we were dying over it, which was pretty cool considering when she first appeared we thought ‘oh that’s cool, but it’s a bit plain.’

Denali is a clever one, for sure.

Elliott has proven time and again that she knows how to work a runway and look like a rich divorcee who won a big settlement as she does it.

But while her look was undoubtedly beautiful, it didn’t scream ‘little black dress’ to us, it was more ‘popstar heads to the Grammys’ which, while valid, wasn’t the assignment.

We’re kind of wanting something more now from her, and we’re interested to see if she’ll lean in more to a fun side in the future.

Elliott’s strongest moment came in the challenge, as she completely held that routine together when Tamisha lost the choreography, and she did it without drawing too much attention to the error. Girl’s a team player.

Utica may have been a little out of her depth this week, but that doesn’t mean she wasn’t going to give it a damn good try.

Starting with her bonkers wallpaper outfit in the mini challenge (our favourite, to be honest), in the main challenge she kind of fell back, and didn’t stand out the way she usually does.

Her black and white look didn’t particularly scream disco to us compared to the others, but you can’t deny she threw herself into the routine – even if she wasn’t the best dancer. But like the judges said, camp isn’t always applicable.

Her runway was definitely unique and stood out, but it seemed we’ve seen a lot of that outfit before – almost like a conglomeration of what we’d seen her in over the past weeks (that wig appeared on the runway with a similar cut dress for her money look last week, for sure.) It’s Carol Burnett.

But we didn’t mind too much, she’s pure chaotic energy and we’re obsessed with it. We’re worried she might have peaked though, and that’s not ideal right now.

Yes Lala! We were loving her this week after a fair few weeks at the bottom.

Her personality is really coming out now and we’re really enjoying her in the confessionals in particularly. She’s got a quiet humour but the pay off is always a bang.

We loved her black and silver number on the runway with that insanely huge choker something we want in our collection immediately. Just for casual Fridays as we work from home. Need it.

She’s still being a little overshadowed by some of the other queens in the competition, but we’re really beginning to see her rise.

Kandy kind of vanished for us a little this week in the main challenge, even though in the work room she remains the biggest character.

She can be pretty abrasive with the other queens, and while we appreciate that’s partly a defence thing when she’s feeling attacked, it’s not cute.

But for the runway, this is the best high-concept/high-fashion look that we’ve seen her bring to the stage to date, with a commentary of the expected tiny hourglass shape compared to the larger frame she has.

It was very Lady Gaga’s Comme de Garçons look at the Met Gala – it’s deliberately throwing up the conversation of shape. We appreciate it and she looked gorgeous.

We love ourselves Rosé but she fell short for us this week, and we’re not entirely sure why.

She performed well enough in the maxi challenge, and in the mini challenge, though nothing to make her top or bottom territory for us.

In that same vein, we also didn’t love her runway look, like at all. We thought it looked a little like a sanitary pad, crossed with a similar Comme de Garçons concept to Kandy’s, only Kandy’s was executed better.

She’s a strong queen but this just wasn’t a strong week.

We get that red, yellow and orange is Tina’s thing – it’s a bold colour palette choice, but she’s sticking with it and we admire that.

But for a ‘little black dress’ runway, this should have maybe been the opportunity for Tina to show she could go full sexy/glamour away from her usual look, and instead we got more of the same. Even though there was a reveal involved, we didn’t feel like it was much of a surprise.

As part of this ‘mean girl’ clique, she feels unshakeable, and to be fair she was by far the strongest out of the three in her group, but her edit makes it look like she has nothing positive to say at all and instead serves a purpose to just stir the pot.

Tamisha Iman was pure style and grace right to the end – and while it was her time to go this week, there’ll be real repercussions for her exit.

Not only has the workroom lost their mama, but some will see it as vindication for their behaviour, when that’s not the case at all.

Her fate was sealed the second she stumbled during the disco challenge, and while her business woman, Diana Ross going for a fabulous stroll look for the runway was gorgeous, it just wasn’t enough.

But can we please give a round of applause to the queen that managed to do all these difficult challenges and routines, less than a year after surviving cancer and wearing an ostomy bag?!

Absolutely iconic through and through.

She was losing energy and that’s totally understandable. But she left with her head held high.

RuPaul’s Drag Race airs Fridays on VH1 in the US and Saturdays on Netflix in the UK.

Spoilers: Gray kills Kush as his exit story is revealed in EastEnders?

10 Classical Concerts to Stream in March
02/25/2021
Categories
We and our partners use cookies on this site to improve our service, perform analytics, personalize advertising, measure advertising performance, and remember website preferences.Ok