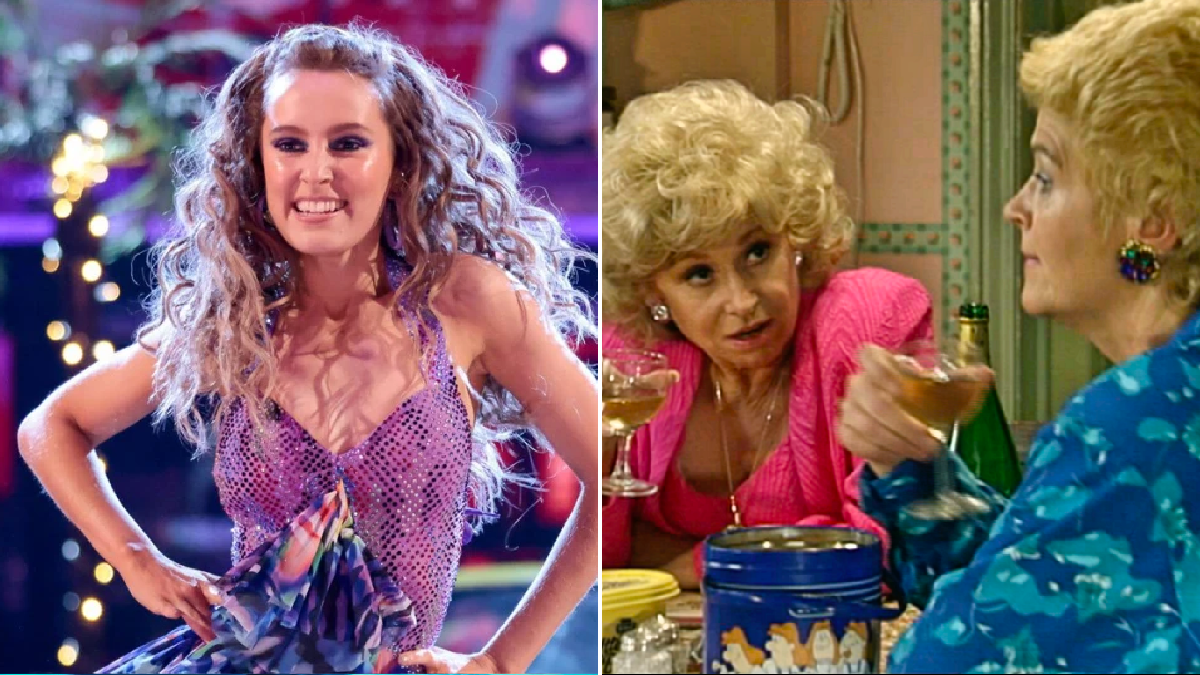 Strictly Come Dancing star Rose Ayling-Ellis has paid tribute to one of EastEnders’ most iconic scenes, and you absolutely need to see it!

The actress, who portrays Frankie Lewis on the BBC One soap, re-enacted the infamous 1998 showdown between Peggy Mitchell and Pat Butcher with celebrity make-up artist Olivia Davey.

Olivia, meanwhile, played the role of Pat, miming the character’s dialogue, as she told her opponent to ‘get away’ from her.

‘You Bitch!’, she said, before pretending to slap Rose.

Rose, showing off her acting chops and perfectly portraying Peggy, fumed and fake-slapped the make-up artist: ‘You Cow!’.

Peggy believed that Pat and Frank (Mike Reid) were having an affair behind her and Roy’s (Tony Caunter) back, which set the scene for a superb two-hander instalment of the soap, as the two landladies went head-to-head.

The pair have impressed viewers and judges alike with their incredible routines on the dance floor, and made Strictly history with the earliest perfect score given to their Halloween-inspired Tango.

Last Saturday, Rose and Giovanni scored 32 points from the judges, after performing a mesmerising Samba routine. The duo sailed through to next week, where they will no doubt dazzle audiences once more.

Strictly Come Dancing continues on Saturday at 6.40pm on BBC One.

Rudd. Ferrell. Eighties Costumes. But Sadly, 'The Shrink Next Door' Is No 'Anchorman'