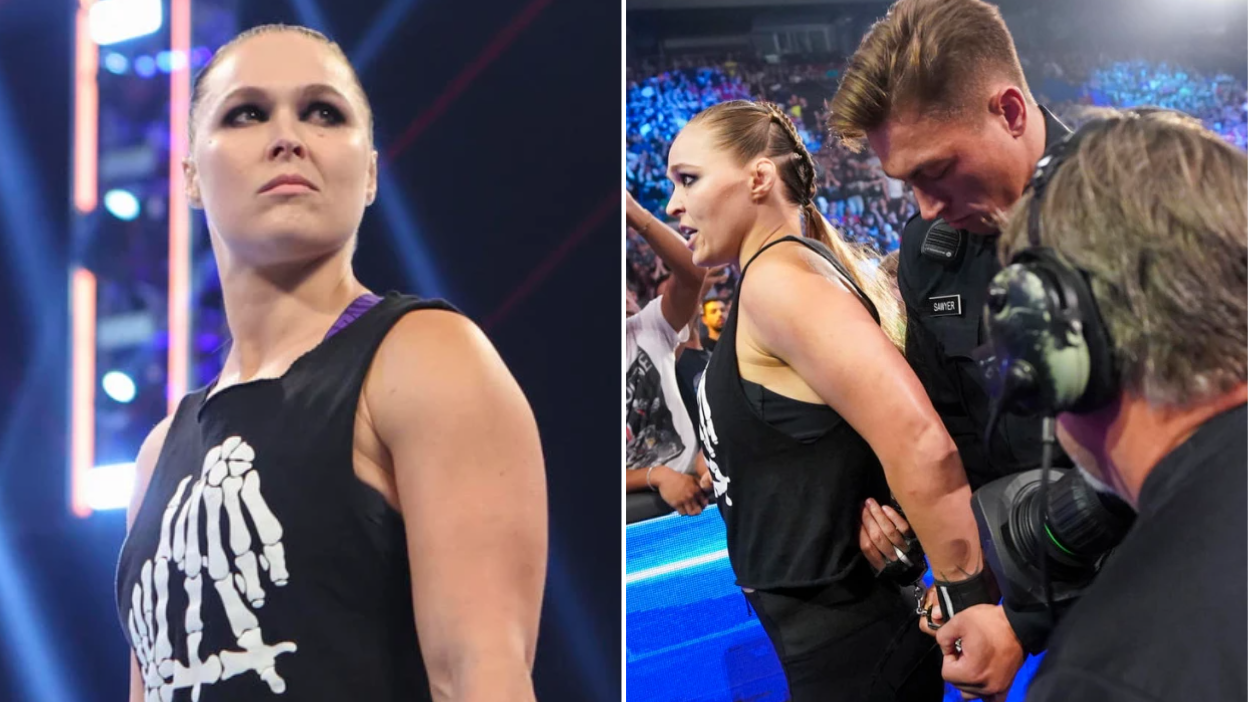 WWE SmackDown kicked off in a huge way as Ronda Rousey was arrested following another violent rampage.

The former UFC champion is back to proving herself to be the Baddest Woman On The Planet as she attacked a number of security guards while trying to invade Friday night’s show.

Rousey came out to start the blue brand’s programming this week after she doubled her fine – which came with a suspension – for attacking security and dumped dollar bills in the ring to cover any subsequent punishment.

This week, she came out and tried to get her indefinite suspension lifted, which brought out WWE official Adam Pearce and some security guards to escort her from the ring.

However, the former SmackDown Women’s Champion took the fight to the guards, laying them out one by one and breaking the arm of one unfortunate man.

Pearce then brought out police officers to arrest Rousey, and they handcuffed the star, escorting her out of the arena and into a waiting car.

The crowd reaction here showed that this current storyline is doing wonders for the star’s stock in WWE, with fans fully getting behind her as a loose canon anti-hero.

It’s a far cry from the reactions she was getting before SummerSlam, and she’s finally recapturing the magic from earlier in her career.

This isn’t the first time Rousey has been arrested as part of WWE’s TV shows, with the other occasion coming during her feud with Becky Lynch and Charlotte Flair before their historic main event at WrestleMania 35 in 2019.

A side effect of her getting renewed love from the fans has been the fans starting to turn on Liv Morgan, which was evident a couple of weeks ago after Rousey was effectively screwed out of the SmackDown Women’s Title at SummerSlam.

The current champ deserves to be able to enjoy her run with the gold, and a solid win over Shayna Baszler at Clash At The Castle would do wonders for her credibility.

WWE SmackDown airs Friday nights at 1am on BT Sport 1.