Sky One will be airing its delightful family drama Roald & Beatrix: The Tail of the Curious Mouse tonight at 8.15pm. The feature-length cast sees acclaimed British author Beatrix Potter (played by Dawn French) struggling at the end of her distinguished career amid a lack of inspiration and failing eyesight encountering a young Roald Dahl (Harry Tayler), who is a big fan of the writer. Their meeting of minds will influence children’s literature in the decades to come and Express.co.uk has the lowdown on the cast of this one-off drama.

Who is in the cast of Roald and Beatrix?

Comedian and actress Dawn French takes on an ageing Beatrix Potter as she has crisis at the end of her career.

French recently reprising her role in The Vicar of Dibley for a series of lockdown specials and was previously seen on screens in The Trouble With Maggie Cole and Delicious.

She said about taking on the role of the iconic writer: “The more I found out about her as a woman, the more I liked her.

“She was slightly spiky, and she didn’t seek out lots of popularity for these books. She was wary of it.” 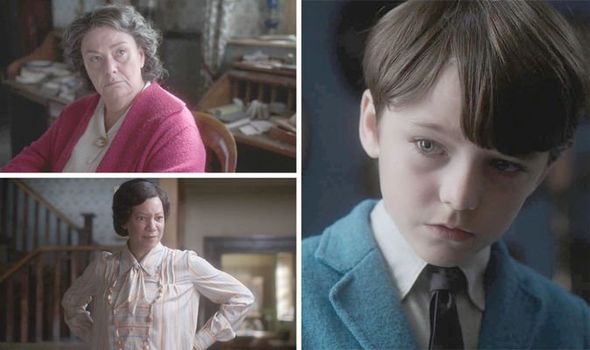 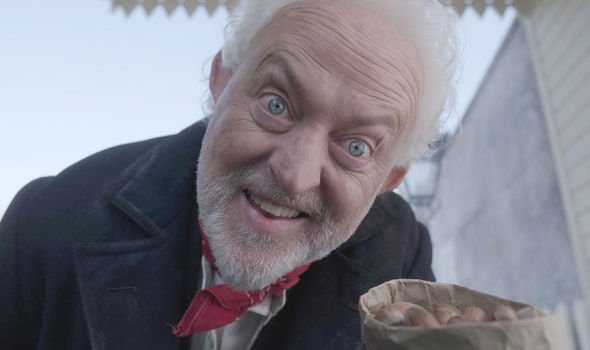 Newcomer Harry Taylor plays the young Roald Dahl, a child struck by tragedy and seeking solace in the works of Potter which prompts him to make the journey to visit her.

This will be Tayler’s biggest role to date after starring in The Trip to Greece, Genius, Greed and short film Kaleidoscope.

On whether he was fan of the two authors before landing the role, Tayler said: “I’ve read some of them. I read Jemima Puddleduck while we were filming it. It’s good.

“And I’ve read George’s Marvellous Medicine and The BFG which were both really good. Along the way Roald meets lots of people who might be a little bit like characters in his books.

“So the fox puppet might have given him the idea for Fantastic Mr Fox and the Bona Fide Gent sounds a bit like the BFG.” 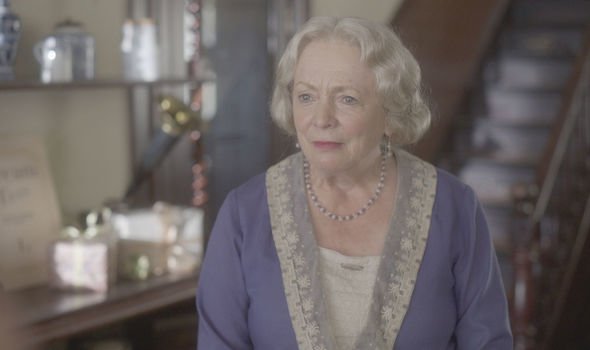 Nina Sosanya takes on the part of Potter’s published Anne Landy, who is chasing the writer to finish her latest tale about three blind mice.

Sosanya has featured in a wealth of projects and this year alone has starred in Hilda, His Dark Materials, Little Birds and Brave New World, but to name a handful.

She said of the role: “She’s relatively new to the publishing company so she’s been chosen as the person who doesn’t know what Beatrix is like.

“She goes up to Hill Top Cottage, where Beatrix Potter lives, unannounced, and she tries to get Beatrix to change certain parts of her latest book, notably the unsavoury bits about cutting mice’s tails off. She’s not au fait with country ways, she’s very much a city girl who’s just trying to do her job, and she encounters the force of nature that is Beatrix. Anne herself has her own steeliness so they clash and eventually one of them wins.”

Acclaimed actress and writer Jessica Hynes portrays Dahl’s mother Sofie, who urges him to seek out his writing hero.

Hynes has appeared in everything from Hang Ups to Years and Years to W1A and There She Goes.

Reflecting on working on the programme, Hynes said: “When we did the read-through, that was exciting. Dawn is so good in it! She’s so good.

“The central relationship is really hers and Roald’s, and it’s brilliantly realised. She’s got this warm stoicism in her performance that works brilliantly. There’s a great chemistry between her and Harry who plays Roald.” 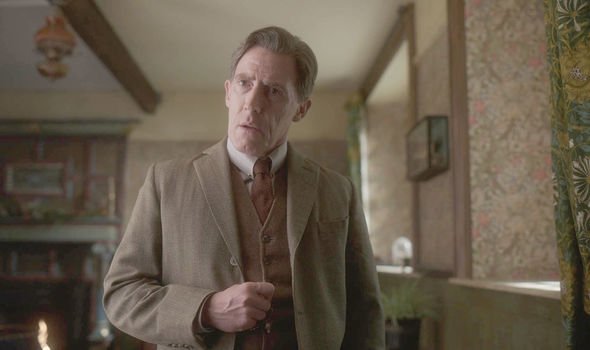 Bailey has previously featured in Black Books, In The Long Run, Wild West and Hot Fuzz.

Veteran actress Alison Steadman takes on the part of Dora after featuring in BBC series Life earlier this year.

She has also appeared in Gavin & Stacey, Hold the Sunset, Butterfly and Orphan Black.

Stead said about signing onto the project: “I thought it was a lovely story, very moving. And the fact it was inspired by a true story made it even more so.

“I love Roald Dahl’s writing and I love Beatrix Potter so it was a no-brainer really. I’ve worked with Jessica before and Rob, and Dawn, and I thought it would be lovely to do. It was such a nice cast I thought I couldn’t really say no to it.”

Comedian Rob Brydon plays Potter’s long-suffering husband and solicitor William Heelis, who is one of the few to offer her company on her remote Cumbrian farm.

Brydon will be reunited with his Gavin & Stacey co-star Steadman in this drama. He has also starred The Trip, Blinded by the Light, Holmes & Watson and Trust.

Brydon explained of the dynamic between husband and wife: “They lived together in the Lakes. They have a rather lovely relationship, or certainly that’s the way it’s presented in our script.

“Bickering is too strong a word for the way they talk to each other, perhaps, but there’s a nice little thing between them. They love each other very much. He’s very supportive of Beatrix.

“They have quite a dry sense of humour. Beatrix is not this cuddly woman who writes about bunnies. She’s quite short with people, a little irascible, and all the better for it.”

Roald & Beatrix: The Tail of the Curious Mouse will be airing tonight on Sky One at 8.15pm