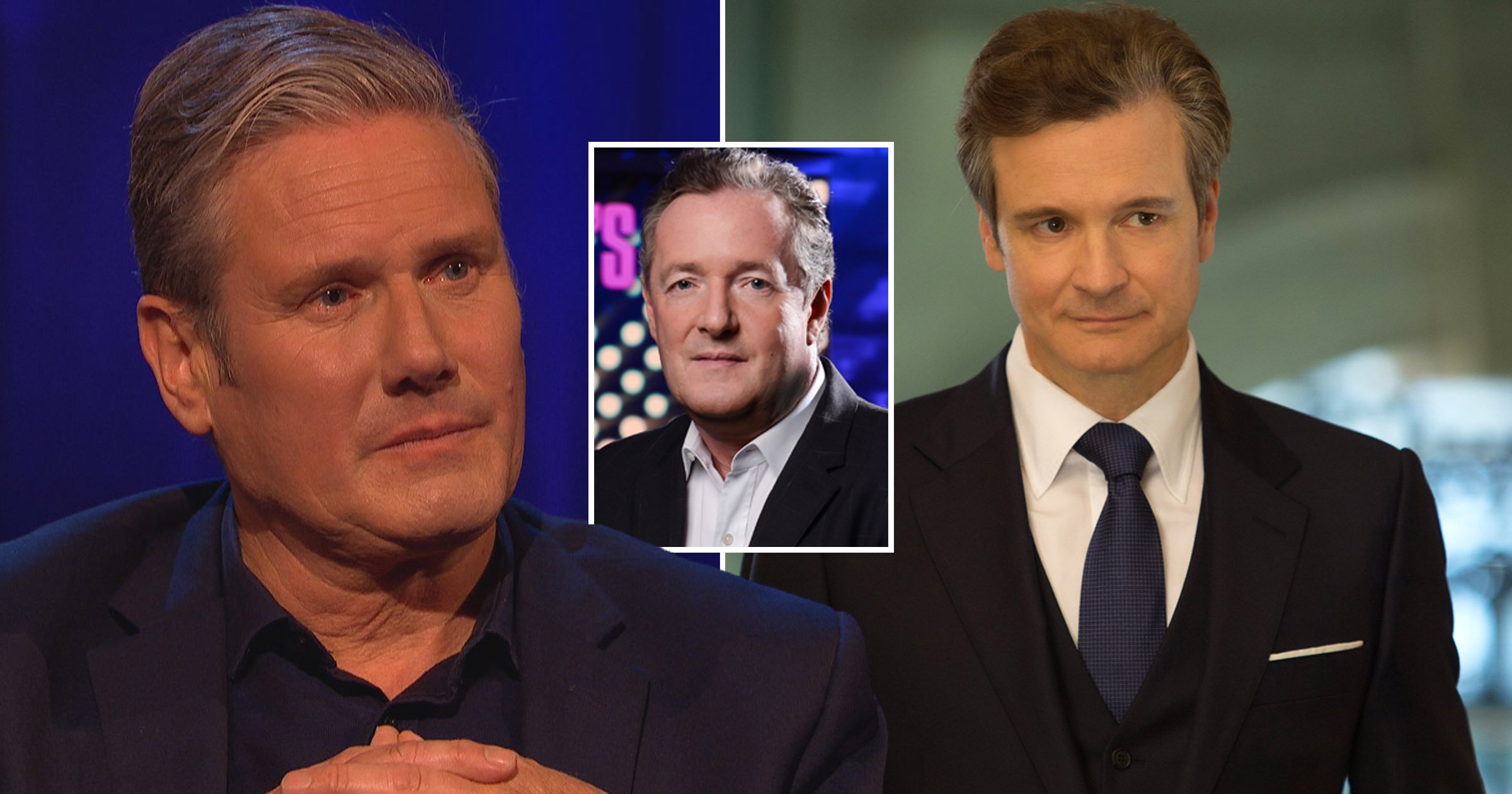 Safe to say it was quite the departure from their fiery Good Morning Britain chats.

Interviewing the Labour leader on his ITV series Life Stories, Piers referenced the claims that Bridget Jones’ Diary character Mark Darcy (played by Colin Firth in the movie) was based on him.

With author Helen Fielding going to university with Mr Starmer, it wouldn’t have been too much of a stretch, but for the curious – she has denied it.

‘You were quite a dashing human rights lawyer, prompting rumours that you were the inspiration for the character of Mark Darcy from the Bridget Jones novels,’ Piers said.

‘One of your friends was quite put out, saying that you were better looking than Colin Firth. There’s a great quote here from a site called “My Barrister Boyfriend”, they featured you on their list of hotties.’

We’re not quite sure where to go from here.

Theories have long floated around that the Labour Party leader was the muse for Bridget Jones author Helen who created the famous character in her series of best-selling novels.

After all, she went to university with Sir Keir and there are significant parallels between the politician and the character. Both are upper class while Sir Keir was a barrister and former director of public prosecutions and Darcy, a human rights lawyer.

However, Helen has completely shut down that theory.

Speaking on Desert Island Discs, the author said: ‘I had several different boyfriends, all very gorgeous.

‘It’s amazing the number of people that lay claim to be Daniel [Hugh Grant’s character] or Mark, including Keir Starmer.’

However, Sir Keir has never claimed to be the inspiration behind Darcy although he did address the long-running rumours earlier this year.

In an interview with ITV News, he said: ‘Everybody asks me this question when they should be asking her [Fielding] because she knows the answer and I don’t.

We’re not sure Mark would suit politics anyway – we like him just the way he is.

Piers Morgan’s Life Stories is available for catch-up on the ITV Hub.