PIERS Morgan asked a DUP politician who has refused to watch Strictly Come Dancing in case he sees a same-sex couple "are you gay?".

Piers, 54, asked Northern Irish politician Jim Wells if he had romantic feelings towards men after "mauling" him on Good Morning Britain earlier today over his views on the BBC talent show's line-up reshuffle. 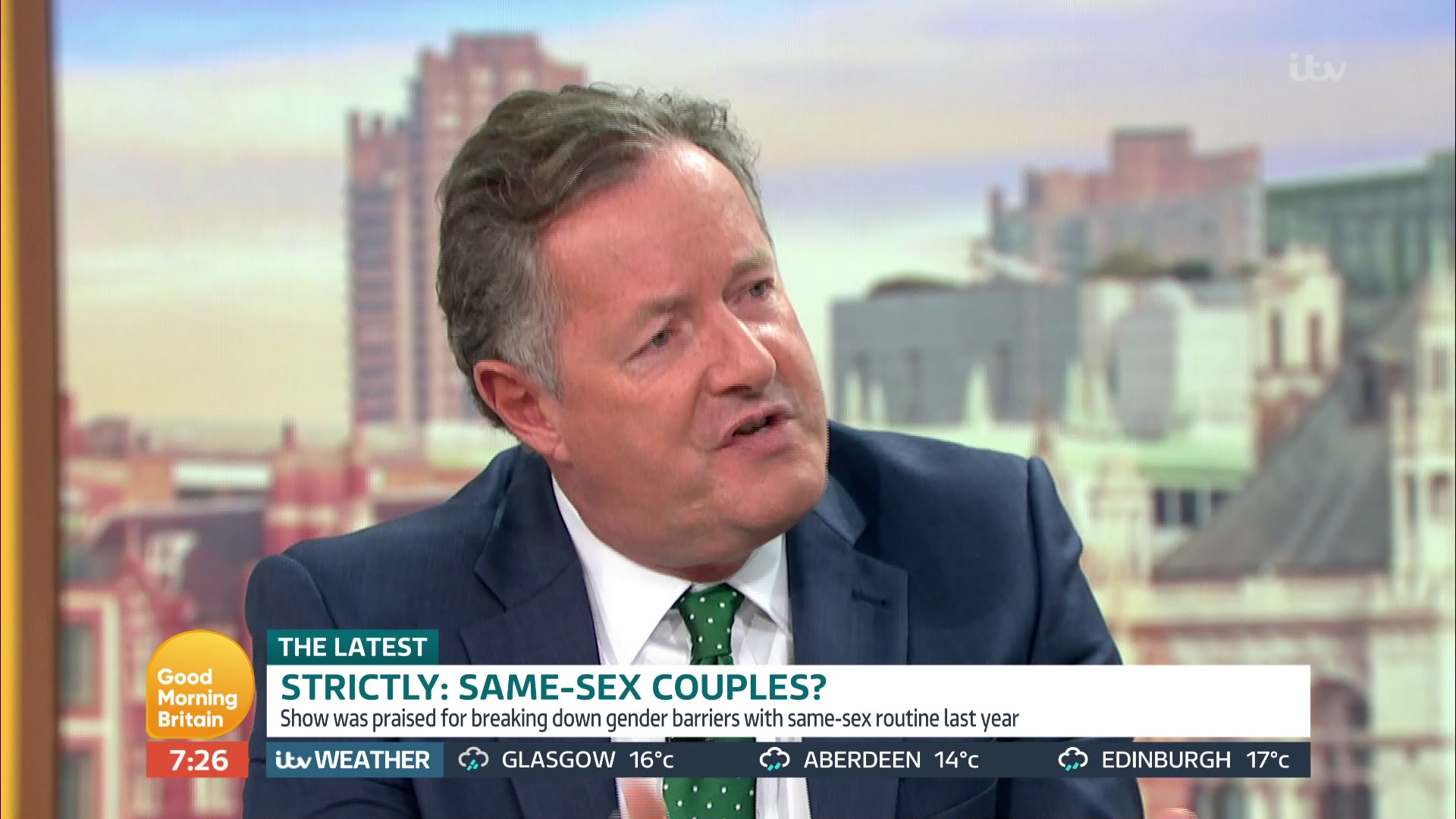 Jim, 62, was invited on to explain his comments and Piers said to him: "Jim, men who feel like that usually have a feeling, a thing for other men."

Taken aback, Jim replied: "Absolutely not, I am a happily married man of 36 years with three children and four grandchildren."

Piers then asked him: "How are you feeling right now?" and he said: "I feel like I am being mauled by Piers Morgan." 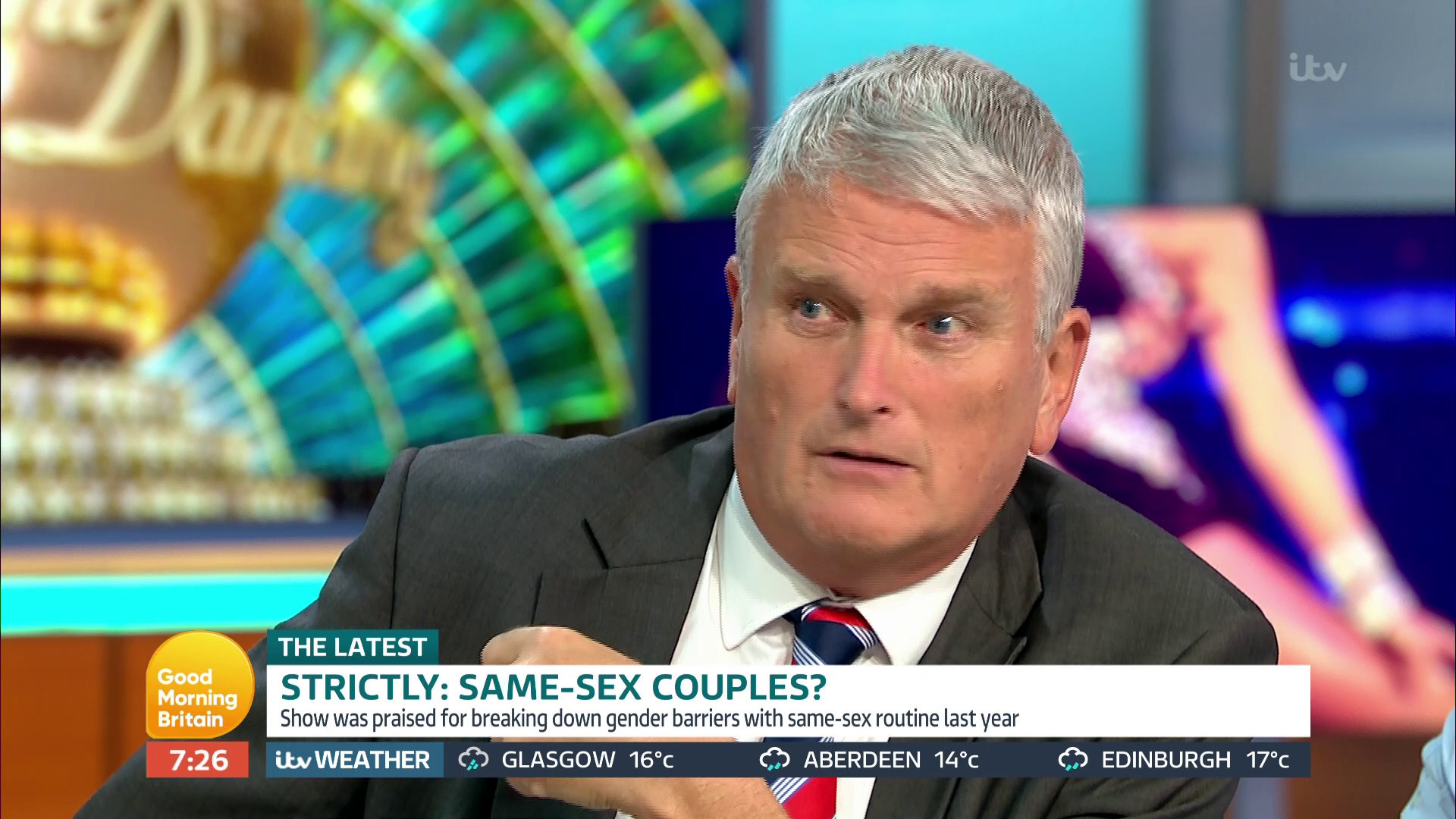 And the host even asked Jim if he'd ever danced with a man, as Jim replied: "I dance with my wife occasionally, my two daughters got married and there were dancing of sorts."

He added to the presenters: "I think it's unfortunate because it's wonderful family viewing and this decision will change that considerably. You've had a busy week the last thing you want to is to be challenged and asked deep intellectual thinking …

"If there's anything that makes it difficult (for parents) to watch it with their kids, then I think it's wrong."

But Susanna challenged him and replied: "What if those children are sitting with two mums and two dads? 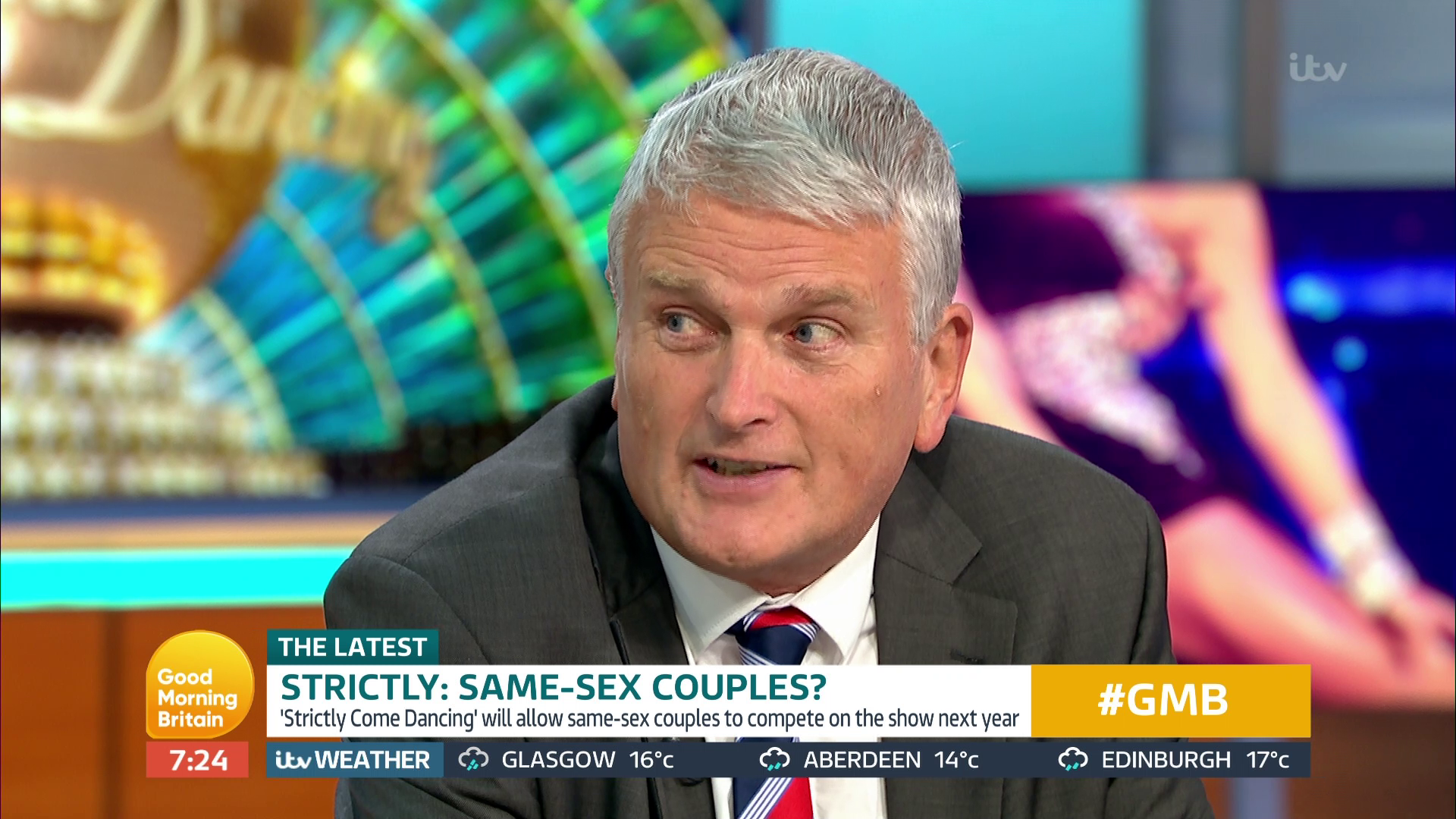 "Your issue is about seeing gay couples, and not about the kids, the BBC is trying to reflect society."

The presenters continued to row with Jim and he accused the hosts of failing to be impartial, adding: "People are scared to stand by traditional values."

But Piers told him: "You are just an old bigoted dinosaur and you don't like the idea of scary gay people around you."

His comments come are the Irish politician was forced to resign from his post as health minister in 2015 for claiming children of same-sex parents were "more likely" to be abused. 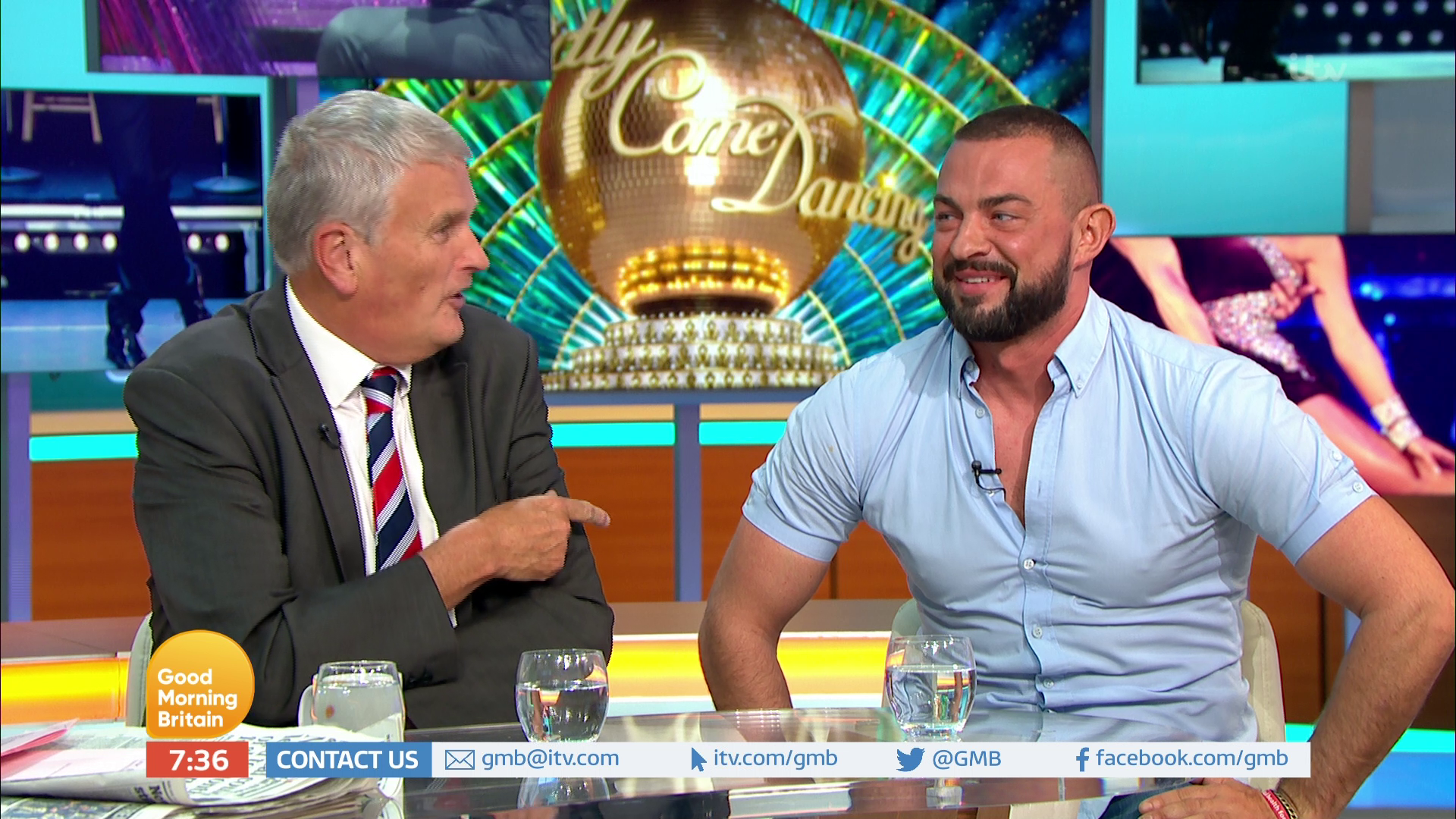 Strictly Come Dancing will allow same-sex couples for the first time from next year.

For the last few years, the BBC One dancing show has faced increasing demands to allow couples of the same-sex to dance together.

A BBC spokesperson told The Sun Online: "Strictly Come Dancing is an inclusive show and we are proud to have featured same sex dancing amongst the professional dancers in group numbers in previous series.

"We are completely open to the prospect of including same sex pairings between our celebrities and professional dancers in the future, should the opportunity arise." 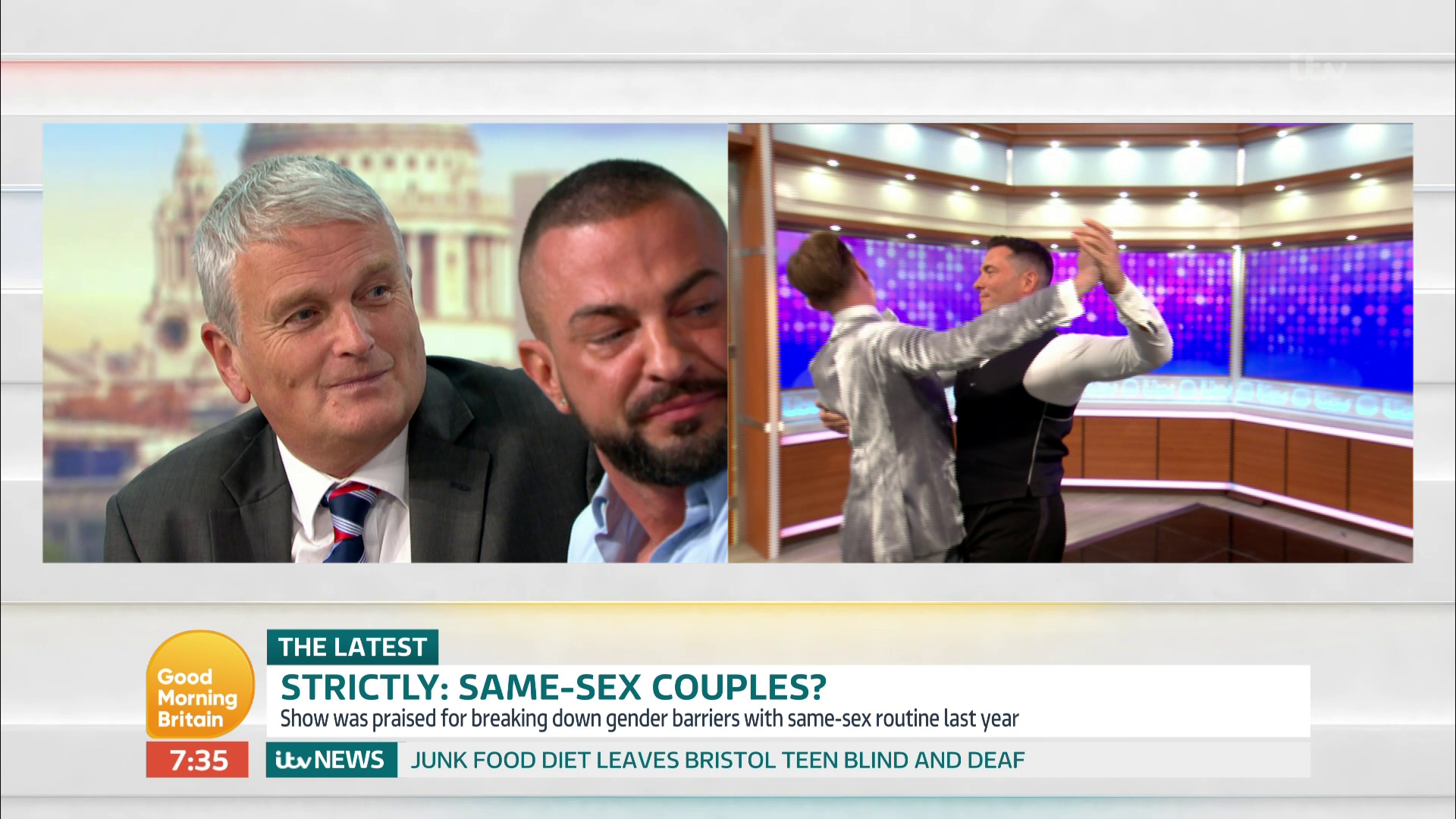 Strictly judge Craig Revel Horwood has spoken of his desire to see same-sex couples on the show on a number of occasions in the past.

Last year, he said: "I think more and more people want it – maybe the BBC will be brave enough one day to do it.”

And 2018 contestant, Dr Ranj Singh, also said he would like to see men and women take to the floor together in the future.

He said: "I would love to dance with a same-sex partner." 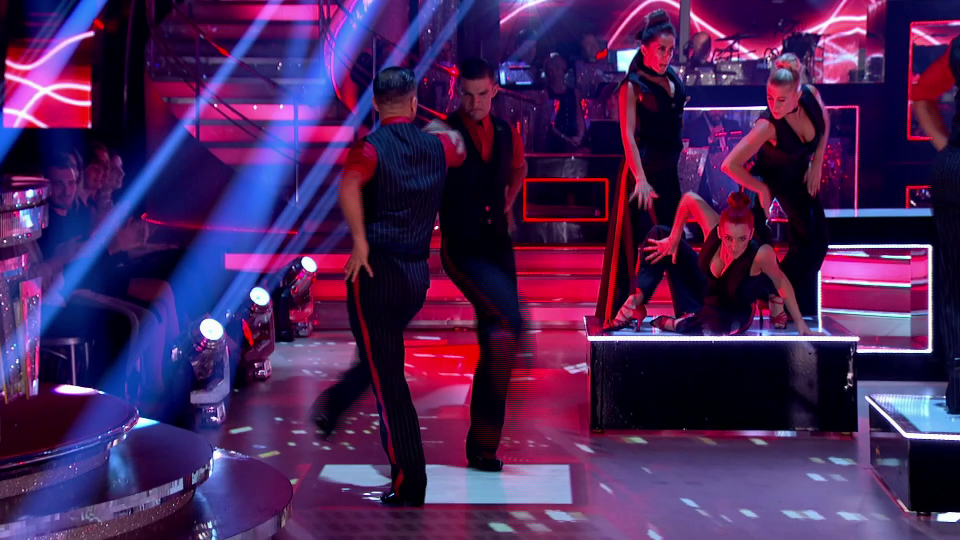