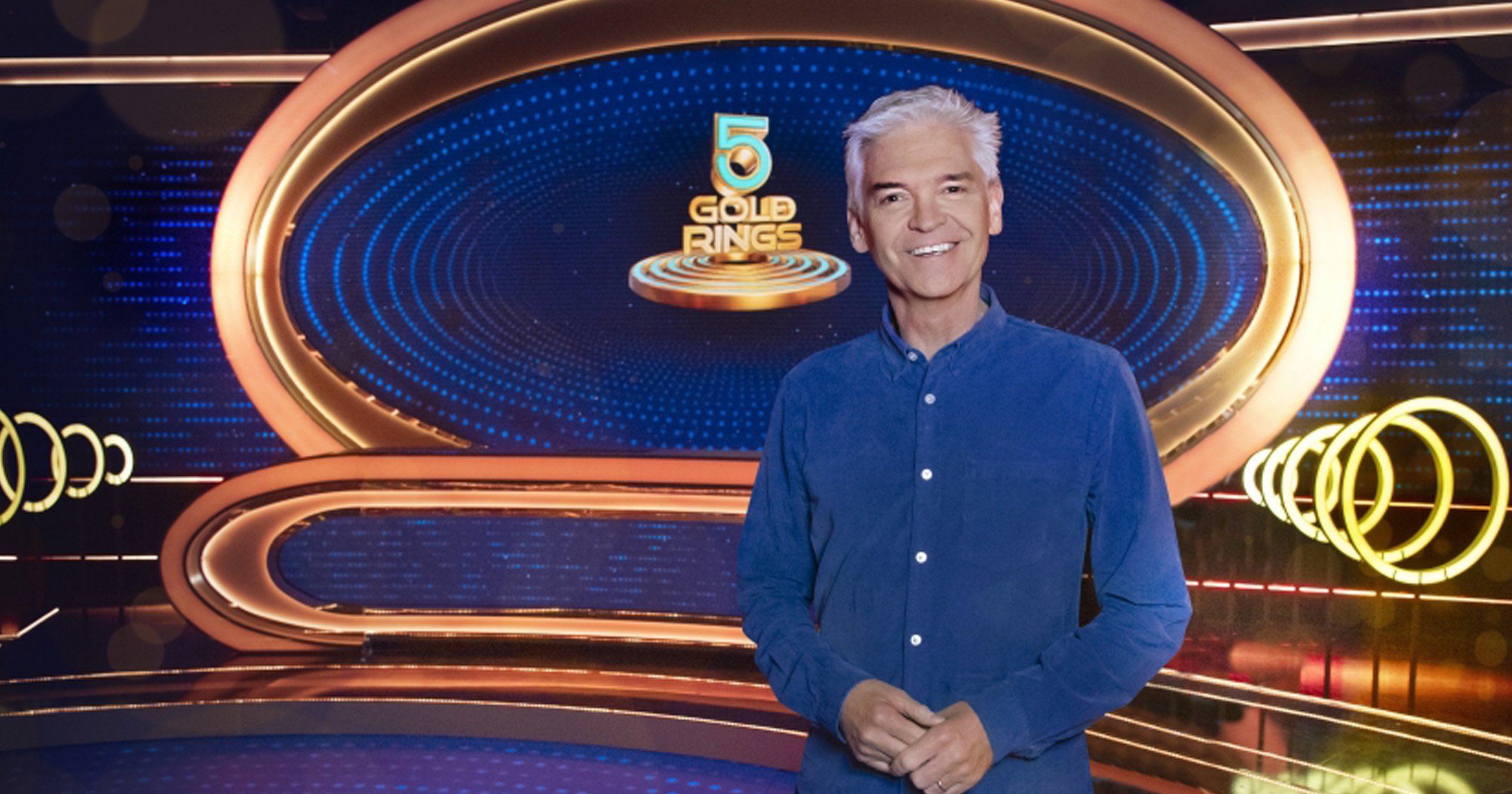 Like Schofe’s other series The Cube, 5 Gold Rings was an interactive game show but focused on circles rather than squares.

Two teams competing against one another had to answer questions by placing gold rings in the correct part of an image displayed on a circular LED floor in the studio.

Sadly there won’t be a fifth series of the show as ITV has decided to pull the plug.

‘Execs have decided not to commission another series of 5 Gold Rings,’ an insider told the Daily Star.

‘It won’t be back on TV this autumn like it normally would and there are currently no plans to bring it back in the future.’

Since its debut in 2017, ITV’s 5 Gold Rings has been a ratings success, and the formula has become a global phenomenon.

However, the pandemic has forced a variety of channel bosses to make difficult choices about which shows they should continue to air.

The insider added: ‘TV production is extremely difficult while the virus is still around. That means some shows have to be dropped.’

Phillip, a popular TV broadcaster, is said to have struggled to fit the show into his already hectic schedule.

He currently hosts This Morning, Dancing on Ice, The Cube and the consumer show How To Spend It Well, which all keep him very busy.

Phillip and co-host Holly Willoughby are currently taking a break from This Morning for the summer holidays.

Eamonn Holmes and Ruth Langsford have been temporarily replacing the hosts, after they were dropped from their regular Friday slot and replaced by Alison Hammond and Dermot O’Leary.

Bosses previously confirmed the husband and wife would step in for half-term holidays and the summer break.

Phillip and Holly are set to return to This Morning in September.

Up Close, the Suffering and Hope in a Desperate Covid Fight