Peter Egan emotionally confirms his wife has passed away

Peter, 74, joined Lorraine Kelly, 61, on her self-titled chat show to speak about his latest television projects, including working on the most recent season of Unforgotten. However, the presenter asked the actor how he was doing after his wife Myra died earlier this year from cancer. The star of the stage and screen burst into tears on the ITV show as he remembered his partner of more than four decades. 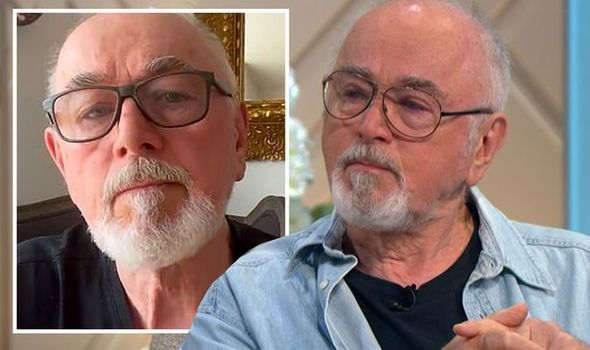 It was back in March Peter announced the news of Myra’s death on Twitter, speaking in a video about his spouse’s battle with cancer.

The actor began the short clip by telling his fans: “Hi, everyone. This is probably the hardest video I’ll ever have to make.

“I’ve been absent from social media quite a lot recently, people asking why and indeed so is my wonderful wife of 49 years Myra, who like me has been a very active campaigner for a long time for all of the animals of the world that we care about.

“I’m finding it very difficult to say that my wonderful wife died of cancer in the early hours of Tuesday morning at 1.30am, and I’m absolutely devastated and it’s very hard to think straight at the moment.

“But I wanted to share this message with her followers and all of my followers just to say that I’ll be taking a break from social media while I get myself together and while I arrange things for my wonderful wife Myra.”

Spoilers: Rainie reaches a deal with Vi over sex with Stuart in EastEnders