Performer of the Week: Anya Taylor-Joy

THE SHOW | Netflix’s The Queen’s Gambit

THE PERFORMANCE | In her early episodes, Taylor-Joy finely portrayed Beth Harmon’s imperturbable, almost-robotic quality as the chess prodigy darted from tournament to tournament, mowing down opponent after opponent. (Beyond her skill as an actor, if you’re going to cast anyone to pore over chess pieces for minutes on end, who better than Taylor-Joy with her Keane Eyes?)

But Episode 4 of the series was a turning point in many ways for Beth, as she really started to explore this thing called life — and a thing called death — and that is where Taylor-Joy clicked into a higher gear.

But it was her trip to a Mexico City tournament where so much would change for Beth. While Mrs. Wheatley whiled away the days and nights with pen pal Miguel (“I’m pretty sure they’re f–king,” her ward dryly noted to the twins), Beth diligently studied for her first face-off with Borgov. Along the way, she saw herself in a Russian prodigy, asking the kindly lad questions she never asked herself — like, “What will you do with the rest of your life?” One of Taylor-Joy’s finest moments, one could argue, was when Beth told the kid (after besting him), “You’re the best I’ve ever played,” because you saw that the awarding of praise meant so much to both of them.

Then came Borgov… and Beth’s first loss to him. Decompressing in her room afterward, Beth berated herself to her mom, marveling at how she fell for such “obvious” and “bureaucratic” moves. But the trip’s biggest blow was yet to come, as Beth realized her mother had passed away and was in fact lifeless in the bed. In the scenes that followed, as Beth dealt with digs at her mom’s drinking and a thoughtless Mr. Wheatley, Taylor-Joy made our hearts break along with Beth’s — leading up to and including her airplane toast of a Gibson to her suddenly gone mom. 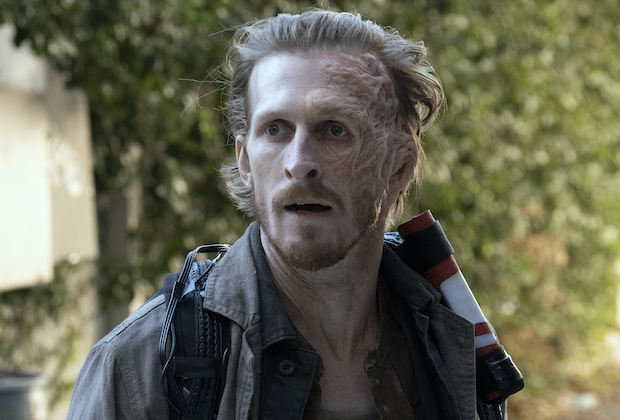 HONORABLE MENTION | Once, we would’ve thought the highest compliment we could pay Fear the Walking Dead’s Austin Amelio was that we no longer loathed Dwight, the villainous character he originated on The Walking Dead. But since crossing over, Amelio’s actually made us — gulp — love Dwight. There’s a sincerity to the way he plays the former Savior’s determination to do right that makes him impossible to resist. And in “Alaska,” as he fought to ensure pal Al a reunion with her Beer Lady, the actor revealed a sweetness to Dwight that not even his scars could cover up. So when it turned out to be he who got a reunion, with his long-lost wife, we cried even harder than they did, a testament to the remarkable transformation through which Amelio’s put Dwight. 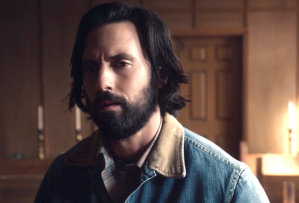 HONORABLE MENTION | It shouldn’t be possible for This Is Us‘ Milo Ventimiglia to wow us again with a moment from the flashback to the day Kate and Kevin were born. After all, the show has revisited that terrifying incident in the young family’s life several times before: What more could there possibly be to say? Lots, as it turns out, thanks to Ventimiglia’s gripping portrayal of a terrified Jack alone in the hospital’s chapel. With halting delivery and an angry tone, Ventimiglia showed us exactly how angry his character was at God — and how deeply scared he was that his wife and babies were going to die. The bitterness with which the actor implored God to, just once, answer his prayers offered an interesting edge to the heretofore affable character and proved once more that Ventimiglia knows Jack Pearson inside and out.

Which performance(s) knocked your socks off this week? Tell us in Comments!

Sir Sean Connery ‘unwell for some time’ before his death