The fourth and final season of Ozark is on its way to Netflix as fans eagerly await to see how the stories of Marty (played by Jason Bateman) and Wendy Byrde (Laura Linney) will wrap up on-screen. However, there’s also a number of unanswered questions surrounding the future of the likes of Ruth Langmore (Julia Garner) and Darlene Snell (Lisa Emery) after the action-packed events of the season three finale. However, a number of fans are convinced they’ve worked out just what’s in store for the young Langmore following a clue in the final episode – and it doesn’t look good.

Heading into the final season of Ozark, the stage is set for an all-out war between the Byrdes and Navarro Cartel against Darlene, Ruth and the Kansas City Mob.

After months of bad blood between the two parties, season four is teed up perfectly for either Ruth or Marty to come out on top.

However, in a key scene in the season three finale, Darlene may have just given away the fact she has a more sinister betrayal up her sleeve when it comes to Ruth.

The theory stems from the scene where Darlene informs Ruth she’s sought revenge on Frank Cosgrove Jr (Joseph Sikora) by shooting his never-regions. 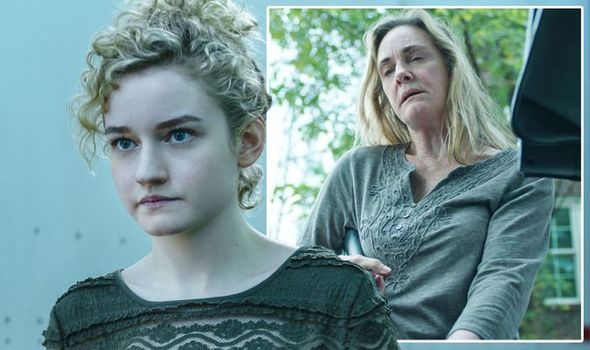 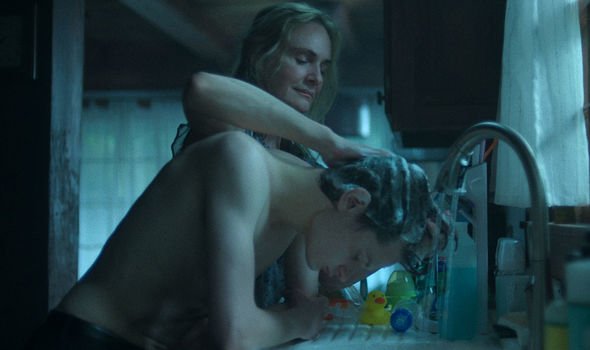 Frank had left Ruth hospitalised in a brutal attack but the Langmore wasn’t happy with Marty and Wendy’s reluctance to get physical revenge on him.

Darlene had no such qualms about doing so and told Ruth afterwards: “I thought you should know I shot Frank Jr’s p***k off this morning.”

“Are you kidding?” an understandably stunned Ruth replied before Darlene clarified: “I’ll make sure it doesn’t blowback on you. I am not meaning to add discomfort to your life.” 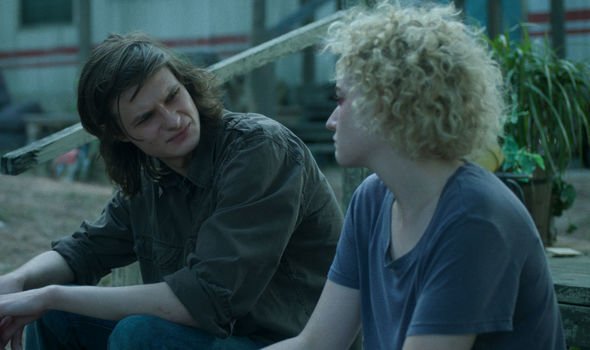 Despite Ruth’s initial reluctance, Darlene just about manages to get her on side before she made her way back to her truck.

“You really shot his d**k off?” Ruth shouted as Darlene walked away, prompting her to quip: “Took a minute to find it first.”

However, it’s the split-second exchange which followed that has led to some parts of the Ozark fandom tipping a deadly showdown between the two.

Ruth yells after Darlene: “You really are bat-s**t crazy.”

The joke stopped Darlene in her tracks as she stared menacingly into the distance before she managed to laugh off the insult.

But while it looks Darlene was able to brush off Ruth’s comments, could this have sparked the inner rage fans have become accustomed to seeing in Darlene?

After all, in season one Darlene ended up blowing Del’s (Esai Morales) head off because he called her a “redneck” – so she’s not exactly the most forgiving person when it comes to insults.

It’s theory popular with Ozark fans as Reddit user sergiopizzornoshair explains: “At the end of S3, Ruth tells Darlene she’s crazy, but in a jokey way.

“Darlene reaction sure tells me she wants to kill Ruth for calling her crazy. Anyone else pick up on this?”

It didn’t take long for others to back the theory: “Yea I got an uneasy feeling by it,

“But I think maybe it was to show that Darlene likes her and lets it slide by smiling after her initial blank/cold expression. But it’s still something to look out for.”

“Could mean something,” echoed a second. “But with Darlene being such a wild card, anything is always a possibility. Trying to decipher her is a fool’s errand.”

So will Darlene take deadly action against Ruth for her tongue-in-cheek swipe?

Ozark seasons 1-3 are available to stream on Netflix now.

Jennifer Lopez Drops Ethereal ‘In The Morning’ Video
01/15/2021
Categories
We and our partners use cookies on this site to improve our service, perform analytics, personalize advertising, measure advertising performance, and remember website preferences.Ok