After several series of speculating how Jamie Fraser’s (played by Sam Heughan) ghost was able to watch Clair Fraser (Caitriona Balfe) in the first episode of season one, one fan believes they have sussed it out. The Outlander viewer believes the highlander originally died at the Battle of Culloden. However a vision of Claire helped him survive after she travelled back in time.

Fans will remember Jamie and Claire decided it would be best if the time traveller returned to the 20th Century to protect their unborn baby.

Claire returned to her husband Frank Randall (Tobias Menzies) and believed Jamie had been killed at Culloden.

It wasn’t until 20 years later that she returned to the highlander after discovering he had survived.

Jamie meanwhile was heartbroken to say goodbye to Claire and continued living hoping she was happy. 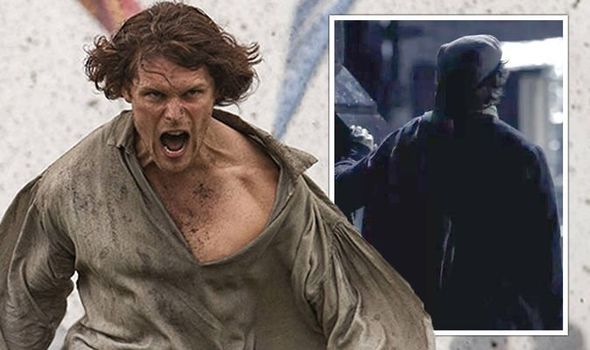 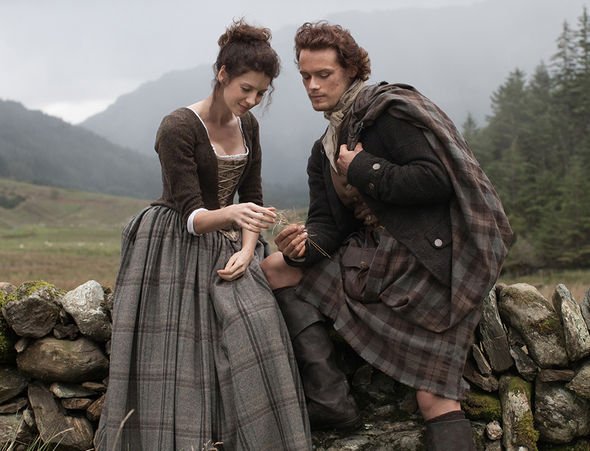 Now fans believe Jamie was supposed to die at Culloden but as he met Claire, he forced himself to keep living.

The Reddit user posted: “I feel like Jamie originally dies on Culloden Moor, but after Claire travels back in time and meets him he lives because of that vision he has of Claire which gave him the will to live.

“But why does his ghost from Claire’s present timeline/Jamie’s original death look for her before Claire goes to the past?

“I think Claire was originally from the past and Jamie falls in love with her when they were kids (like 5; when he saw her and knew who he’d marry…) but after she travels ahead in time he never had had that chance to fall in love as adults and lived his life pining for her and dies alone at Culloden with nothing left in his life. So it may not be a time loop exactly.” 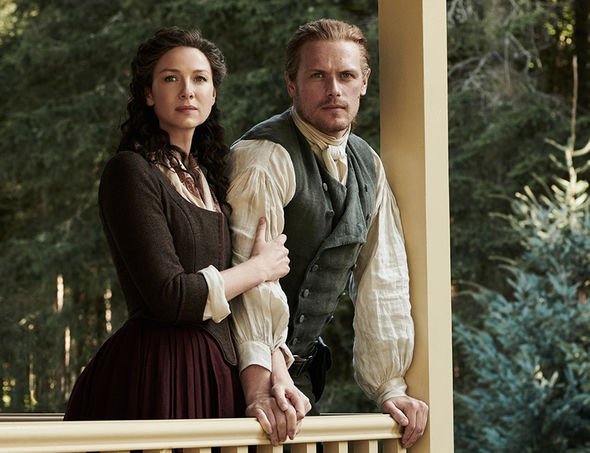 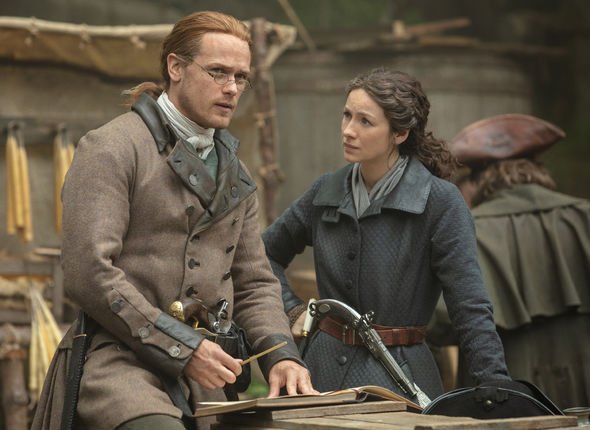 Other fans were quick to remind them Diana Gabaldon has yet to reveal the truth about Jamie’s ghost.

One posted: “It hasn’t been answered yet! I feel like she will in the last book, and my instinct is telling me it’s going to be a huge piece of the story.”

This hasn’t however stopped many from speculating what happened.

“I definitely feel like they’re in some kind of time paradox/loop thing,” another theorised.

“I think Claire will die in the past with Jaime. And then 200 years later his ghost is there…. maybe because she’s not born yet so he’s waiting for her??

Unfortunately for Outlander fans they have a long wait on their hands to find out the truth.

While Outlander wrapped filming for season six, the new episodes won’t drop on Starz until 2022.

At the start of June, the official Outlander Twitter account shared the good, and bad, news with fans.

They posted: “In honor of #WorldOutlanderDay, I’m excited to announce that #Outlander Season 6 has officially wrapped and is coming your way in early 2022 with a 90-minute premiere episode!

“With the challenges of filming in these unprecedented times, Season 6 will be eight episodes with production on an extended, sixteen-episode Season 7 beginning next year.”

Outlander seasons 1-5 are available to stream on Starz and Amazon Prime Video.