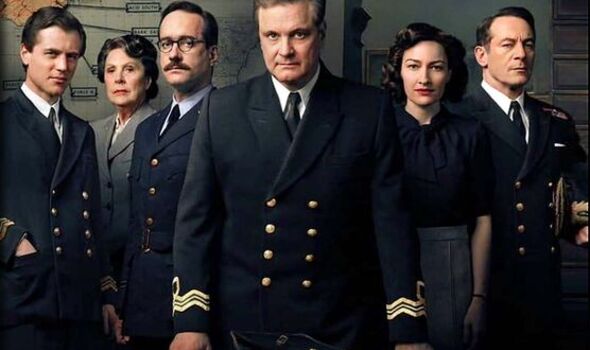 In 1943, British intelligence set out to fool Hitler into believing the Allies had made a last-minute diversion in their plans to invade occupied Europe. The corpse of a homeless man was dressed up as the fictional Captain William Martin.

Before he was dumped into the sea, a briefcase was handcuffed to his decaying wrist, containing documents detailing plans to land in Greece (instead of the true target of Sicily).

The officers hoped he would wash up in Spain and that local fascists would pass the phoney documents to the Nazis.

But he reckons only a truly outlandish deception could pull the wool over German eyes.

This wacky tale has made it to the screen before in The Man Who Never Was (1956), a more atmospheric film with a far better title.

Here, it’s given the prestige Brit flick treatment, with Colin Firth and Matthew Macfadyen playing the stiff upper-lipped officers in charge and Kelly MacDonald as the plucky MI5 secretary who plays a vital role in the deception.

A tentative love triangle adds human drama to lots of stuffy business in smoke-filled offices but nothing here is as surprising or as strange as the true story.