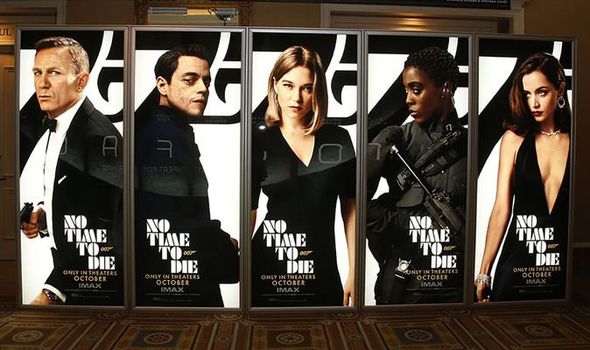 Sold-out screenings of 007’s latest outing in No Time To Die sparked rave reviews from film buffs. They had been expecting Mr Bond for quite some time ‑ filming began in April 2019 ‑ but the release of the big-budget production was delayed repeatedly by pandemic restrictions.

Then tens of thousands of Bond fans packed cinemas across the country in the early hours of yesterday for the first public screenings ‑ and they declared the long delay had been worth it.

The film is Craig’s last run out as the iconic secret agent, following his hits with Casino Royale, Quantum of Solace, Skyfall and Spectre.

At 163 minutes, the latest all-action flick ‑ 25th in the Bond franchise ‑ is a marathon watch, but most of the audience loved every single second.

Here’s what cinema-goers in two cities thought of it…

What they said in Bristol…

Tristan Woolcock, 30, said: “It’s great to be back in the cinema, it was worth the wait.

“It was a nice end to the Daniel Craig era, they tied off loose ends.

“It was more of a love story and there was more acting from Daniel Craig rather than him running round with a gun killing people. It was quite long at nearly three hours.

“They used lots of nostalgic quotes from previous films. Daniel Craig is my favourite Bond.

“They can do a lot more with the films now.”

“I really liked it. I did feel it was slightly bombastic ‑ a bit American.

“There were a lot of one-on-one scenes ‑ he takes out a lot of people single-handedly. But he does look quite old to be fair. I’d say my favourite Bond is Pierce Brosnan but it all depends on your age.”

Rosie, 28, said: “I’ve not seen any of the other Bond films so I don’t have much to compare it to.

“But it was good. One of the Bond girls was old enough to be his daughter!

“I wouldn’t have wanted them to get together.”

Cameron Simmonds, 28, a Boots worker from West Bridgford, was at the first screening of the day at Cineworld in Nottingham.

He said: “There was always a lot going on, so it was really thrilling. I’d give it four out of five stars. I think it’s one of the best Daniel Craig has done.

“It was pretty emotional with it being his last film ‑ he is my generation’s Bond and the one I know best.”

Carole Costello, 76, a retired print finisher, from Bulwell, said: “It was fabulous, we absolutely loved it.

“I’d give it five stars and think it’s the best Bond film I’ve seen, not just with Daniel Craig.”

Valerie Hodgson, 72, a retired administrator, was also at the first screening. She said: “It was amazing.

There were so many dramatic things happening it was thrilling all the way through.

“There is a lot in the film related to past Bond films which was really clever and there were some funny moments too.

“We’d been waiting for a long time to see it. It was worth it.”