Home » TV & Movies » Nick Viall reflects on his The Bachelorette: After The Final Rose experience with Andi Dorfman, talks regrets Nick Viall reflects on his The Bachelorette: After The Final Rose experience with Andi Dorfman, talks regrets 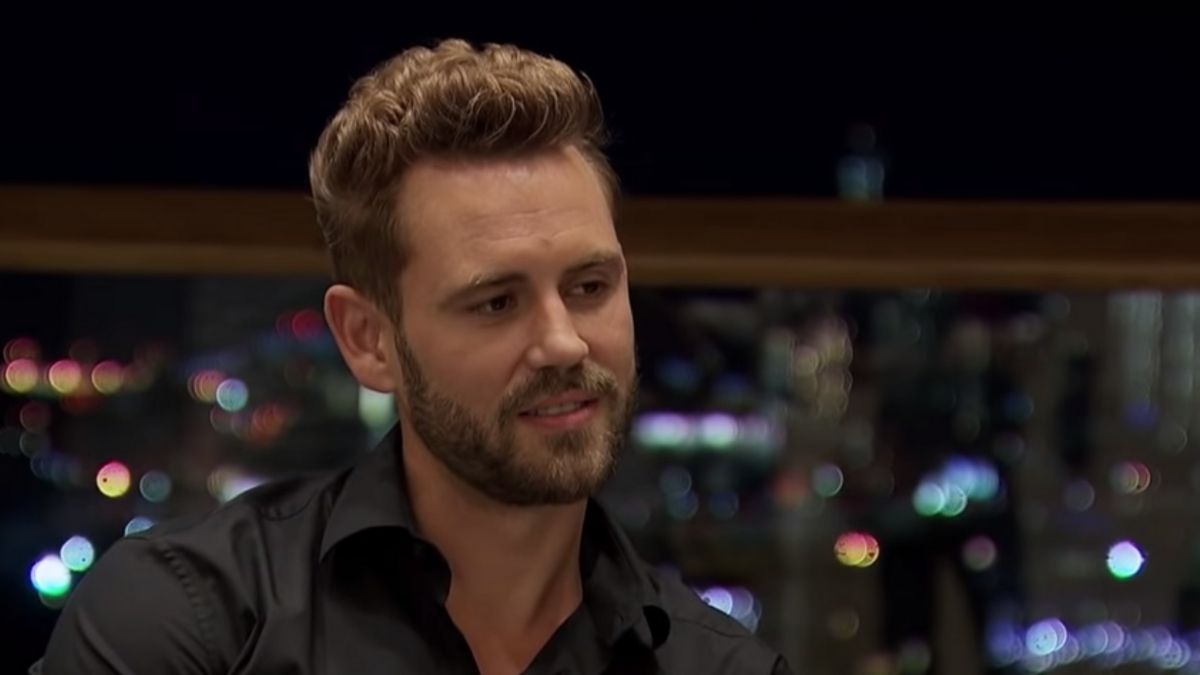 The Bachelor star Nick Viall is opening up about his time on the show, as he has appeared on The Bachelorette, The Bachelor, and Bachelor In Paradise.

Even though he has a podcast where he talks about Bachelor, he isn’t interested in going on the show anymore to find love.

He has admitted that he’s single and ready to mingle, especially since he just bought a bachelor pad in Hollywood to enter a new chapter in his life.

But just because he’s ready to leave his Bachelor days behind doesn’t mean he will stop talking about it all.

This week, Nick opened up about his one regret throughout filming – and it has to do with her first appearance on the show.

Before his Bachelor fame, Nick appeared on Andi Dorfman’s season of The Bachelorette.

He made it to the final two, but Andi chose Josh Murray over him. During the follow-up segment called After The Final Rose, Nick asked Andi why she would sleep with him if she didn’t pick him in the end.

He questioned why she would “make love” to him if she wasn’t “in love” with him and fans called him out for dishing details about their intimate moments together.

During a recent interview with US Weekly, Nick revealed that calling her out was one of his biggest regrets.

“If I can go back in time, I wouldn’t have done it. I say that but I don’t have total regret, because I still stand by the sex-positive aspect of it all. Not the fallout and the shaming that Andi received from it, I regret all that,” Nick revealed. “The making love comment wasn’t [great]. … I’d rather just use the F-word and call it a day.”

However, these days, Nick and Andi are good friends and they have put the past behind them. They were recently spotted going for a run in Los Angeles together.

Plus, Andi recently shared that Nick didn’t realize how hot he was when he was filming her season of the show. In an interview, she revealed that Nick who was on her season is not the same Nick that fans know today.

In the interview with US Weekly, Nick also detailed how he didn’t fit in with any of the guys on Andi’s season of the show and how Kaitlyn Bristowe’s season of The Bachelorette was just completely different.

“I had, other than Shawn [Booth on Kaitlyn’s season], the guys,” he explained. “I mean, a lot of the guys from Kaitlyn’s season are even good friends to this day. While I wasn’t like super close with them while filming, they were definitely just a better group of guys.”

He pointed out that being on Andi’s season sucked because he didn’t really get along with any of the guys. He argued that he was the odd man out, even though Andi saw potential in him. However, for Kaitlyn’s season, things changed.

“When it all went south on Kaitlyn’s days, it was kind of like, OK, well, I hurt but I got over it,” he explained. “With Andi’s season, I was just a hot mess of not knowing what was going on and I had to watch the haircut [I had] the whole season that was in the sky. I just don’t know what I was doing.”

As for Nick, he’s doing well these days. He started a business after being on the show and he has a podcast now. He doesn’t regret leaving his native Chicago behind to live in California.

Nick recently made headlines after purchasing a bachelor pad for himself in Hollywood for close to $2 million.