The decision comes after the show's second episode bombed to just 138,000 viewers on Saturday after its first episode debuted to 244,000 viewers the week before. 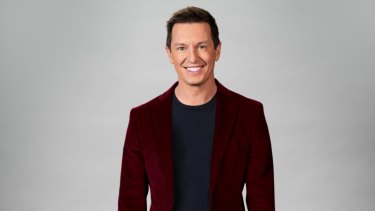 A 10 spokesperson confirmed the show's cancellation, but declined to speak further on the network's decision, which was first reported by TV Tonight.

"Unfortunately, Saturday Night Rove hasn't resonated with viewers the way we had hoped, so Rove and 10 have made the decision to remove it from the schedule," the network's statement read.

"Rove is a sensational entertainer and a close friend of 10, and we thank him for all his hard work, and all the laughs, on Saturday Night Rove."

A source close to the show, who did not wish to speak on the record, reiterated 10's claims that the split was amicable after it struggled to reach an accepted baseline of around 200,000 viewers for its second episode. Finding talent to appear on the program was another issue, partly due to timing with a number of the show's potential guests in Scotland for the Edinburgh Festival Fringe.

The series – which was initiated as part of 10’s Pilot Week offerings in August 2018, where it suffered the lowest ratings of the group but generated the second-highest social media response – had been commissioned for six episodes.

Ironically, Saturday's episode opened with co-star Judith Lucy jokingly telling viewers that "no one was more surprised than me that we made it to episode two".

Veteran media analyst Peter Cox says that while expectations for the Saturday night show would have been low, its second-week crash forced 10's hand.

"Saturday night is the lowest rating night of the week for free-to-air, always has been. That's why [networks] don't want to spend too much time or money on it – they show old movies, overseas dramas," says Cox.

"The killer on this one was the drop between the first and second weeks. On the 244,000 figure, they may have made the decision, 'Well, let's see if we can build it up', but when it crashed down after the first week you're just left with 'Wow'."

The show's quick demise marks another on-air misstep for McManus, who – despite producing a number of successful hits for 10 with his company Roving Enterprises, including The Project, AFL talk show Before the Game, and various specials for Hamish Blake and Andy Lee – has struggled to reignite the Gold Logie-winning status he experienced over 10 years ago, before popular show Rove aired its last episode in 2009.

Hosting roles on 10's Show Me the Movie! and the ABC's niche Doctor Who tie-in Whovians have been largely unmemorable – proving a decade can be a lifetime in television, says Cox.

"What I don't understand about a couple of people on television – he's one, Andrew Denton's another – is that they seem to be a protected species. They do shows that don't work, come back and do another one," he says.

"Rove is sort of a favoured son at 10, and gets given these opportunities… It's totally beyond me."

The show's struggles also suggest another death-knell to the prospect of live, variety-style programs on Australian TV, after 10's other offering – Sunday Night Takeaway, with Julia Morris and Chris Brown – similarly flopped earlier this year.

"In America, those kinds of late-night shows run at midnight. If you ran them at midnight here, you wouldn't have a man or a dog watching them," says Cox, recalling the genre's heyday in the '70s and '80s with Graham Kennedy and Don Lane.

"Television's changed, viewing habits have changed, and since 2000 ratings have been on the slide across the board. You can't give away a drama on TV at the moment, and it's the same with these general entertainment shows," he says.

"The TV-viewing audience is not only falling in total, but it's increasingly splintered. You need a pretty good driver to overcome that, and obviously Rove is not."