Yashvi (played by Olivia Junkeer) has been left in turmoil during recent scenes on Neighbours after her boyfriend Ned Willis (Ben Hall) was framed for the murder of villain Scarlett (Christie Whelan Browne). The mystery behind the troubled character’s disappearance has left many Ramsay Street residents suspicious of the young artist, with the evidence stacked against him. However, despite the toll it’s put on their relationship, will the police officer turn detective and rumble the culprit behind the murder plot on the Channel 5 soap?

Next week’s episodes will see Ned hand himself into the police after falsely believing he did murder his crazed stalker.

With her colleague Levi Canning (Richie Morris) and best friend Bea Nilsson (Bonnie Anderson) having very different opinions on the matter, Yashvi is left more confused than ever over her boyfriend’s innocence.

Eventually, she sides with her other half but she can’t stop Ned reporting himself to the authorities as he continues to have skewered dreams about what happened on the night in question.

Little does he and the rest of Ramsay Street know, the villain is very much alive and is watching the drama unravel from the shadows. 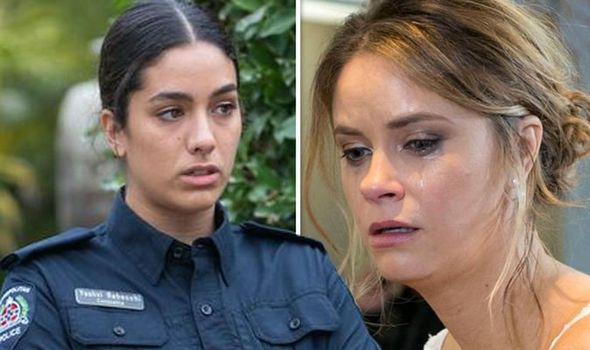 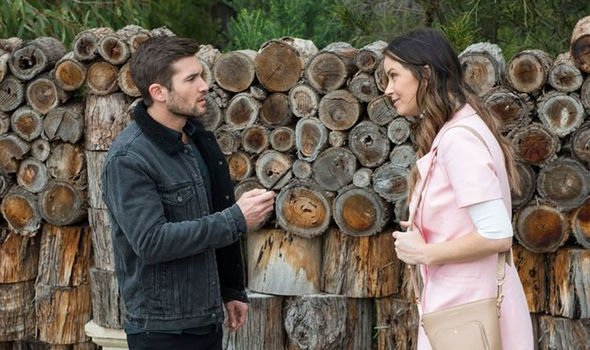 With Ned seemingly reluctant to fight for his innocence any longer, it will be up to Yashvi to piece together what really happened on the night of the murder.

Although she has only recently joined the force and is only a police officer on patrol at the moment, it seems the youngster has her eyes on a greater role.

Speaking exclusively with Express.co.uk, actress Olivia said: “I think Yashvi should become a detective, I think that should be on the cards for her!”

With Scarlett’s fake murder plan causing her to think more like a detective, this could be the start of the youngster’s venture down a path for a bigger role within the force. 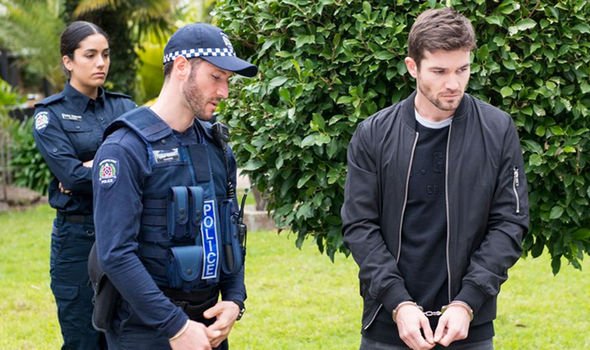 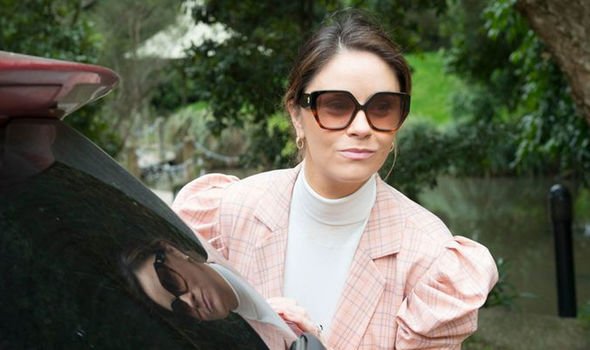 Think that should be on the cards for Yashvi

It seems she could be the one to blow the villain’s plan apart as the conclusion has already aired over in Australia.

Express.co.uk are deciding not to reveal what happens, but there will be big repercussions for one character as Scarlett emerges from the shadows.

With Yashvi only recently discovering the villain was back on the scene, Olivia added of her character’s reaction: “I don’t think she is worried.

“I think Yashvi never knows what to expect with Scarlett and initially she was intimidated by Scarlett before she actually knew who she was.”

“I think now Yashvi definitely feels more powerful and sort of untouchable, but there’s probably no one else she hates more than Scarlett!” Olivia continued.

“She finds it very hard to rein in her rage and anger towards her. She has to be professional when seeing her.

“But you do see that rage and see her seethe internally,” the soap actress explained of her character’s stance towards the villain.

Therefore, the young police officer definitely has the motive to try and destroy her arch-nemesis once and for all.

Viewers of the Australian drama are putting their support behind the youngster and her boyfriend Ned, hoping they will make it out their ordeal alive.

One fan posted on Twitter: “Scarlett can’t come between Ned and Yashvi again, they need to stand together against her #Neighbours.”

Another soap watcher added: “I feel bad for Ned. He would never hurt Scarlett and no one believes him #Neighbours.”

“If Ned makes it out of this surely he’ll lock himself away every October from now on? #Cursed #Neighbours,” a third remarked, referencing how last Halloween the young artist was stabbed by his crossed stalker.