National Television Awards 2022: All winners – from Ant and Dec to Kate Garraway 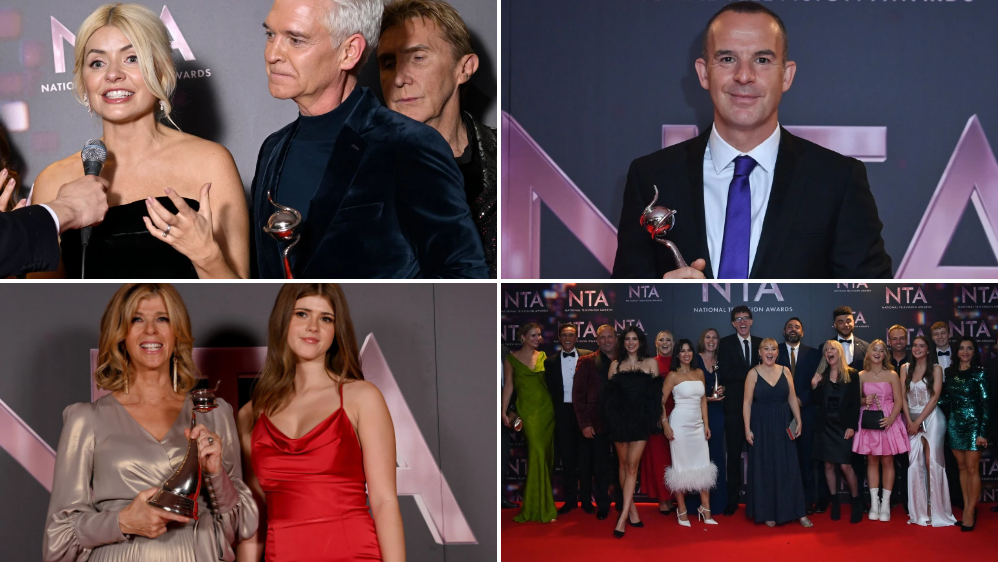 ‘Twas a big night for TV once again as the National Television Awards 2022 honoured some of the biggest programmes and its stars.

This year saw history made once again, as the likes of Ant and Dec scooped the best presenter gong for the 21st year running.

But, there were also some new faces on the stage delivering acceptance speeches, such as Coronation Street newcomer Paddy Beaver, and Anton Du Beke for his work as a Strictly Come Dancing judge.

Hosted by funny man Joel Dommett at London’s Wembley Arena, the celebs were out in force, donning their glad rags for the 27th NTAs.

The bash kicked off with a stellar performance of Eurovision runner-up Sam Ryder, with Grammy nominee Lewis Capaldi taking to the stage later on to delight the crowd with his new single, Forget Me.

Soon enough, tearful stars were dishing out their thank yous as they clutched onto their trophies, but alas, Geordie duo Ant and Dec couldn’t be there to celebrate their historic victory in person.

Instead, Stephen Mulhern took to the stage on their behalf, after the guys recently came down with Covid.

The magician jokingly ripped up an ‘acceptance speech’ he claimed was written by his Saturday Night Takeaway co-stars, before showing a plaque he had made to say the award belonged to him.

Taking to Twitter following their win (and after the crowd of thousands chanted Stephen’s name), Dec wrote: ‘Oi @StephenMulhern, it took ages to write that speech!!! Thank you SO much for voting for us, it is always appreciated and never taken for granted. You’ve made us feel tons better! Huge love.’

Elsewhere, it was a special night for Emmerdale, who are currently celebrating 50 years on screen.

Marlon Dingle actor Mark Charnock was awarded for serial drama performance, while the ITV soap bagged the serial drama award, saying they were going to celebrate with ‘beer, beer, and more beer.’

It was an emotional night for Good Morning Britain presenter Kate Garraway, who won the award for authored documentary for the second year running.

Accepting the gong for Caring for Derek alongside her teenage daughter, Darcey, Kate said they are hoping to welcome her husband, Derek Draper, back home soon following his latest stint in hospital.

She also gave a shoutout to carers across the country, praising their ‘extraordinary’ efforts in looking after loved ones.

Meanwhile, Sir Lenny Henry was given the special recognition award and, during his speech, the TV mainstay looked back on his incredible career, and spoke out about Black representation on British TV.

Of course, the comic made room for a cheeky gag, as he quipped: ‘These awards are so long, man, David Beckham’s still outside queuing to get in,’ in reference to the footballer queuing for 13 hours to view the Queen’s coffin lying in state.

Not everyone was overjoyed tonight, though, with the likes of Heartstopper fans raging that the coming-of-age Netflix series missed out despite receiving three nominations.

THE BRUCE FORSYTH ENTERTAINMENT AWARD
I’m A Celebrity… Get Me Out Of Here!