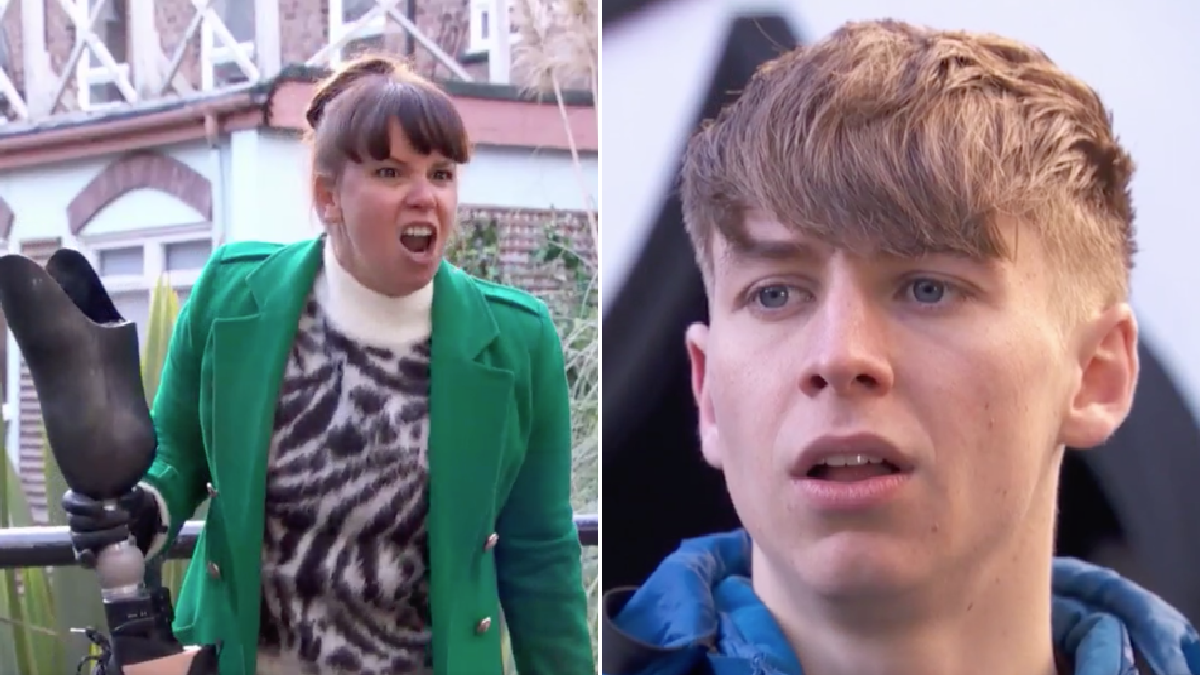 Nancy Osborne (Jessica Fox) lashed out at Sid Sumner (Billy Price) in Hollyoaks tonight (February 9), and in a fit of violent rage, she chucked his prosthesis in the river.

Nancy has been desperately trying to prove that Charlie Dean (Charlie Behan) did not kill Jordan Price (Connor Calland).

Her quest to do so resulted in her questioning Ella Richardson (Erin Palmer) about the murder, but Mandy (Sarah Jayne Dunn) intercepted the meeting before her daughter revealed the truth.

With word of Charlie’s involvement in the murder spreading round the village, Nancy was all the more determined to prove he child’s innocence, and — after a conversation with Marnie Nightingale (Lysette Anthony) — she decided to call Charlie once again.

After Nancy delivered a heartfelt speech, Charlie was inches away from revealing the truth, but he later decided against such a thing, as he was evidently determined to protect Ella.

However, the young lad mentioned how Sid was the one who got him entangled in the world of drug dealing in the first place, and therefore Nancy decided to take action.

Yes, she decided that she would ‘destroy’ Sid!

Sid was taken aback as Nancy railed at him, and when he suggested that Kyle Kelly (Adam Rickitt) was depressed as a result of living with her, Nancy saw red.

She took hold of his prosthesis and chucked it in the river — much to the dismay of Jack (Jimmy McKenna), who witnessed the scene unfold.

Sid was distraught, as little did Nancy know there were stashes of drugs stored in the prosthesis, which are now no doubt destroyed — which means Sid could be in deep trouble with Victor Brothers (Benjamin O’Mahony).

Will Nancy come to regret her actions?

Will Sid be on the receiving end of Victor’s wrath?

Mavis Staples Taps Ala.ni for A Capella Remix of 'One More Change'