Meteorologist Carol Kirkwood was on hand to present the latest forecast and thrilled Naga Munchetty with an image she used to showcase the upcoming warm weather. However when the host asked Carol to reveal where the image was taken, she wasn’t prepared for her “cutting” comment, which left co-host Ben Thompson in fits of laughter.

Responding to the warm weather forecast, Naga remarked: “I’m quite pleased about that.

She went on to ask: “Where was that gorgeous picture you started with from? It was so pretty.”

“It was from a little place in West London called Library,” Carol replied. 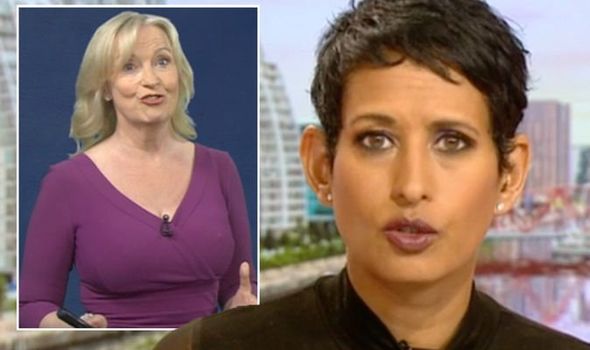 As Naga chuckled, her co-host Ben laughed: “They have all the best views don’t they Carol?”

“You’ve got the cutting comments in early hey!” Naga exclaimed.

“It’s from our library, it’s a stock picture, and it is beautiful.” 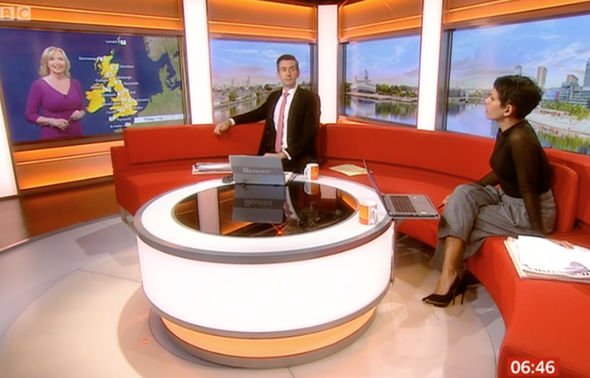 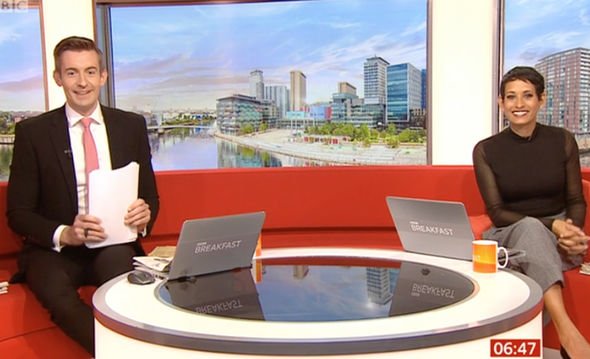 Ben made a plea to viewers: “If anyone does know where it’s from please do let us know.”

Later in the programme when they returned to the weather, Naga remarked: “I think the weather is going to be relaxing today, it’s been so lovely.

“Frosty start from the looks of things though Carol seems to be saying.”

“Good morning,” Carol smiled. “Naga is absolutely right. There is a frost this morning and quite a widespread first too.”

Naga was joined by Ben on Thursday instead of her usual co-host Charlie Stayt.

Charlie is usually on hand to present from Thursday to Saturday but was missing from the red sofa.

His absence was not addressed but instead business reporter Ben helped with hosting duties.

It comes after Charlie helped to present a large portion of Prince Philip’s funeral at the weekend.

Ben certainly thrilled viewers though when he pretended to be on the phone to his mum as he and Naga discussed the decrease in landlines.

It was reported five million people have ditched their home phone since 2000 – but Ben isn’t one of them.

He revealed he still calls his mum for a catch up using the home phone and pretended to take a call from her as his co-host watched on baffled.

“This has literally made my day…. so funny! @BBCBenThompson I think you deserve a part on @bbceastenders,” one viewer posted on Twitter.

BBC Breakfast airs daily on BBC One at 6am.

My Mom In Tears When She Receives This Gift! Plus, Big Life Update! | Perez Hilton