Home » TV & Movies » MTV The Challenge: War of the Worlds 2 Episode 2 recap – Who all was eliminated on the September 4 episode? MTV The Challenge: War of the Worlds 2 Episode 2 recap – Who all was eliminated on the September 4 episode? 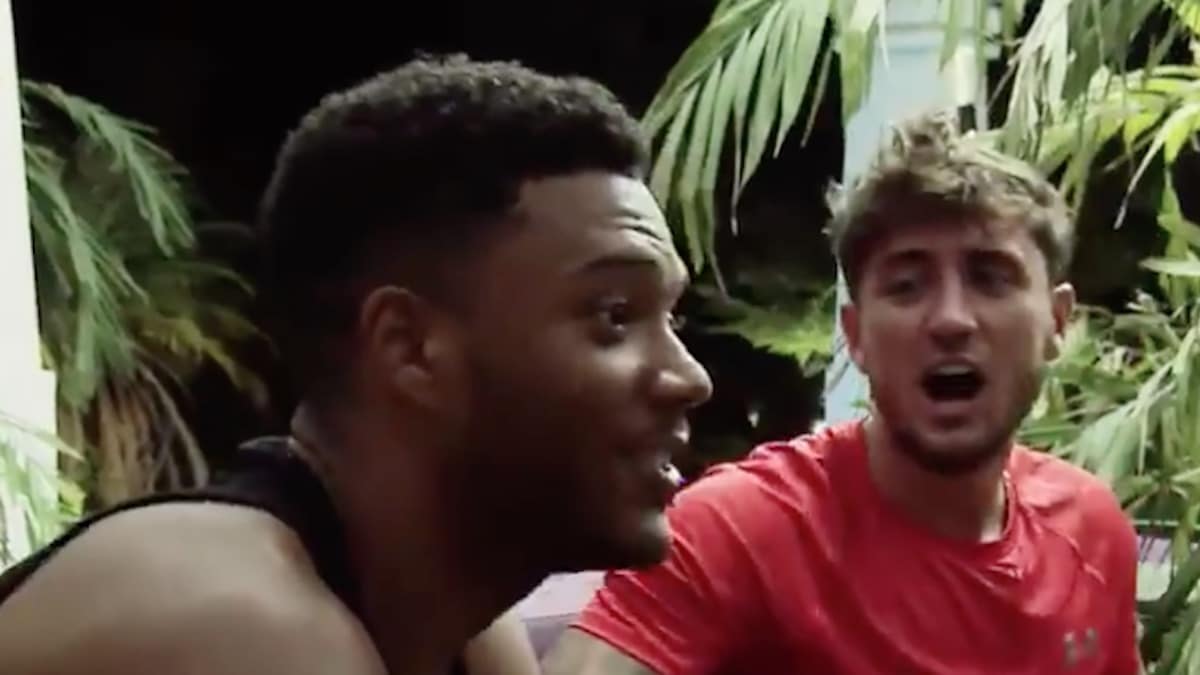 MTV’s The Challenge War of the Worlds 2 was back with Episode 2 on September 4. Viewers got to see whether or not Idris would switch teams as well as some more in-house drama, new challenges, and another elimination.

Here’s the latest episode recap including who was eliminated from The Challenge: War of the Worlds 2 on Episode 2.

The new episode opens with Idris on the Proving Ground floor after his win. TJ informs them that if they choose to switch sides, they have to stay there for the entire season. Idris makes his big choice. He decides to remain loyal to his country and sticks with Team UK.

Jordan calls an emergency team meeting, and the topic is why did Wes act like a turncoat against his team. That causes a bunch of arguing amongst team members. Ultimately they all decide to work together and not act sneaky like that again. We’ll see if that happens.

The next day, Bear and Laurel’s “talking” continues in the pool. Nany suspects Bear’s motives in getting to know the strongest US female competitor.

Zahida left the show for a family emergency as her grandmother passed away. Due to that, it leaves Team UK down another competitor. Their next challenge involves retrieving puzzle letters from a body of water. There are also two huge crossbows.

Ultimately, the teams are trying to solve a “crytpex” puzzle with their letters first and then fire one of their team members out to retrieve a raft.

Swimming is a big part of the challenge and its usually Wes’ strong point. He admits he’s sick, but still decides to go so people can’t accuse him of being a weak link or throwing a challenge. He shows he’s still the best swimmer overall.

Team UK buckles under pressure as Team USA picks up their second-straight victory. That means another Tribunal for Team USA. Kam chooses herself to speak for her team and picks Paulie and Ashley for the Tribunal.

Meanwhile, Wes is attended to by medics and taken away for evaluation due to being so sick.

The UK’s Bear and Theo are obnoxiously loud late one night, and their yelling prevents Faith from being able to sleep. After the boys finally go to bed, she decides to give them a taste of how rude they were by making noise to wake them.

It’s a rude awakening for the Brits courtesy of Faith. Kyle and some of the others on Team UK who weren’t involved aren’t happy Faith did that, though.

It’s a female elimination for The Challenge: War of the Worlds 2 Episode 2. Some of the members of Team USA are irritated with how Kam just appointed herself their team speaker and Tribunal leader.

Kam tells Cara she has a plan and goes to Paulie and says she chose him because she wants to get his take on things. In an interview, Kam admits she “forced herself” into an alliance with Paulie and Cara.

Team UK has to nominate one female for the elimination. Ultimately, a bunch of arguing erupts because only two of the four rookies are in the discussion for it.

Kayleigh is at the center of asking why it was just those two rookies. Georgia says she’s getting a bad vibe that Kayleigh doesn’t like her.

Ultimately, the team vote goes forth with Big T nominated. The Tribunal asks her who she wants to face. She says probably Georgia or any of the girls except Jenny, who’s a personal trainer.

The Tribunal thanks her and says they’ll make their decision on who she goes against in elimination.

Wes arrives back from medical care, and he’s healthy. Jordan starts ribbing him, and Wes tells him to f—k off. Later, Team USA meets about who they’ll send in.

Arguing erupts again as everyone seems to say different names and some members are protecting Team UK people.

At the Proving Ground, TJ announces that Faith decided to go home following the drama in the house. So that’s one gone for Team USA. The Tribunal members each vote in their pick from Team UK for elimination — all for Georgia.

They compete in an event where they must push a huge cart full of rocks and a large torch on top of it over to their opponents’ hanging fuse to light it first. It’s a battle of endurance and strength as each competitor is on opposing sides.

After an hour and a half of push and pull in the rain, Georgia gets it done to eliminate Big T from the competition. That leaves Georgia with the big decision, is she sticking with the UK or becoming a turncoat?

Georgia gives a speech to let Team USA know that she won’t join a fake group of friends. The UK cheers her as she comes back to them to close out the show.

Boris Johnson Told Donald Tusk At The G7 That The UK Would Provide Brexit Proposals “Next Week.” It Didn’t.

Was the Marriage Between Prince Charles and Princess Diana Arranged?
Recent Posts