It appears that more Game of Thrones prequels are coming to HBO. In addition to the already greenlit House of the Dragon, insiders say that even more prequels are currently in the works. And, at least one of them could bring back some fan-favorite characters. 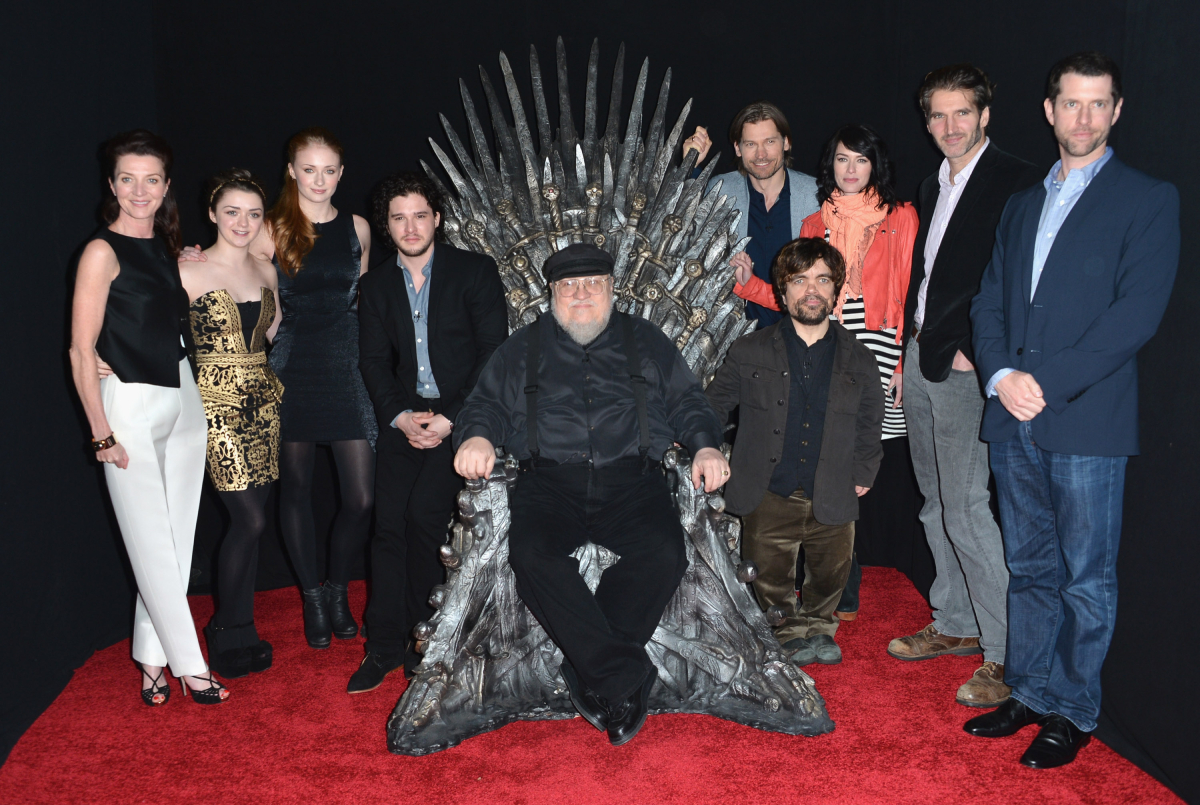 Fans have been asking for this ‘Game of Thrones’ prequel

According to The Huffington Post, one of the prequels that HBO has in the early stages of development is an adaptation of the Tales of Dunk and Egg. There doesn’t appear to be any names attached to the project just yet. And just because it’s in development doesn’t mean it will become a show and make it to air.

The premium cable network killed the Naomi Watts’ Game of Thrones prequel – which was expected to be a White Walker origin story – very quickly. So, there is no guarantee that the Tales of Dunk and Egg will make it either. Neither the network nor George R.R. Martin has commented about the project.

Martin published the Dunk and Egg stories in a series of novellas as a prequel to his A Song of Ice and Fire series. The events take place 90 years before Game of Thrones. And they follow Ser Duncan the Tall and Prince Aegon “Egg” Targaryen, who eventually becomes King Aegon V.

Due to the timeline, it’s possible that younger versions of some fan-favorite Game of Thrones characters could return if the series gets the greenlight. This includes Egg’s brother Maester Aemon, and possibly the Three-Eyed Raven before he became part of a tree.

There’s even the possibility that a young Tywin Lannister could make an appearance since he was a cupbearer in King Aegon V’s court.

Entertainment Weekly is reporting that top writers in the industry are pitching even more Game of Thrones prequels to HBO. This is in addition to House of the Dragon and the Dunk and Egg stories. The network appears to be willing to invest in the world of Westeros, and they want more content.

Among the ideas they are throwing around is a prequel based on Robert’s Rebellion. This was the war that took place two decades before the events of Game of Thrones and ended with Robert Baratheon on the Iron Throne.

A series set in this time period could see the return of popular characters like Ned Stark and Jaime Lannister.

Insiders note that all of the ideas currently being discussed at HBO are all prequels set in Westeros and Essos. They all take place before the events in Game of Thrones. At this time, they aren’t considering any kind of sequel or spin-off.

With all of these Game of Thrones prequels being discussed at HBO and HBO Max, it appears that they are using the Disney Star Wars strategy that they recently announced at their Investor Day conference.

Disney announced a whopping 10 new Star Wars shows during the December conference. They are essentially creating a massive Star Wars universe on Disney+, and the investors approved. The company’s stock price shot up 14 percent and reached an all-time high after the announcement.

Game of Thrones was one of the biggest shows on the planet for eight seasons. And HBO is struggling with the void the series left in their lineup when it ended nearly two years ago. Their latest move for more GOT-inspired content is similar to their “bake off” that took place before the original series ended. But this time, it’s even bigger.

The unprecedented “bake off” was when HBO put five different prequel projects into development to see which ones would make it to air. House of the Dragon was the only that managed to get greenlit to series. Hopefully this time around, more than one will succeed. Of course, things are still in the early stages and all of this could change at any moment. Fans will just have to stay tuned!

All eight seasons of Game of Thrones are available on HBO and HBO Max.

The Most Expensive Outfits Jill Biden Has Ever Worn
Recent Posts