The fifth outing of Netflix’s Spanish hit Money Heist will pick up right where the last instalment left off, with the Professor (played by Álvaro Morte) looking down the barrel of a gun. Some concerned fans are now worried the criminal mastermind will bite the bullet in the opening moments of the season five premiere.

Some brand new images have offered fans another sneak peek at the fifth and final season of Money Heist.

The series has now finally confirmed to be releasing the first lot of five episodes this coming September, and a new trailer has teased the team’s final stand in the Bank of Spain.

Now, a selection of high quality stills have provided some more insight into what happens when La Casa De Papel picks up from last year’s devastating cliffhangers.

At the end of Part Four, Tokyo (Úrsula Corberó) and the other robbers were enraged by the shocking death of their teammate, Nairobi (Alba Flores). 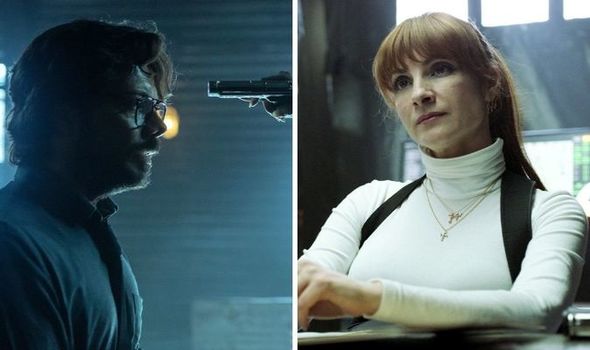 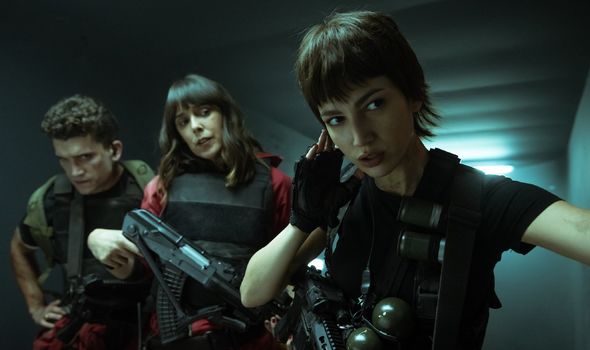 Meanwhile, the Professor received a shock of his own when disgraced police inspector Alicia Sierra (Najwa Nimri) found her way into his secret hideout.

The criminal mastermind’s pregnant rival then pulled a gun and pointed it at his head moments before the credits rolled.

One of the new images has revealed a new angle at this intense moment from the season four closer.

While many fans believe Alicia could go into labour before she gets the chance to make her next move, others are understandably concerned for the Professor’s life. 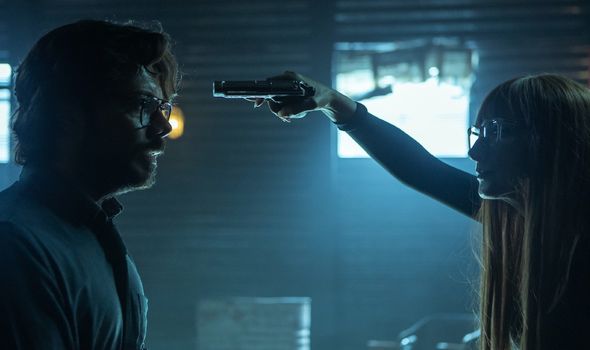 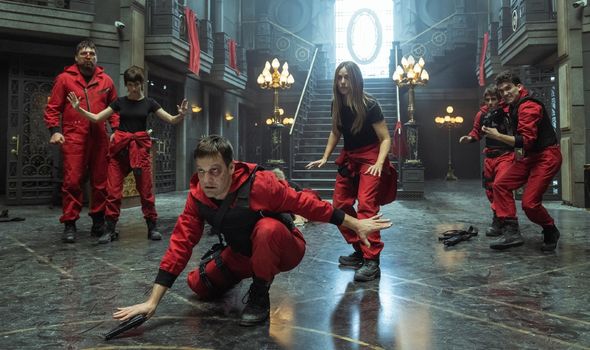 Alongside a cryptic clue from the show’s official social media page, the latest snapshot could provide the biggest evidence yet that the Professor is set to die at the start of season five.

The image was released with the intriguing caption ‘¿Jaque mate? Checkmate?’ by the show’s Twitter page.

This has led some viewers to believe that Alicia has finally got the Professor cornered, giving her the perfect opportunity to pull the trigger and take over the heist herself.

On Reddit, one fan speculated: “Is it bad that I hope I’m right about Alicia killing the Professor in the first thirty seconds? Lmfao; it’d be insane if it works out how I want it to.”

However, others thought the Professor was standing close enough that he could easily take the gun for himself and turn the tables in his favour.

Furthermore, Alicia may simply be trying to threaten the Professor for her own gain, and may have another scheme up her sleeves.

Even so, the same fan reasoned: “Alicia could easily kill the Professor and take control of the heist.

“The Professor isn’t needed anymore. The only thing needed is someone on the outside that can secure the crew’s safety, and the professor does not need to be that person.”

Popular speculation does point to the Professor meeting his demise by the end of the series.

Keeping fans waiting well over a year only to kill off one of its leads in the opening scene would be a jolt to the system.

Whatever the case, this foreboding new snap has certainly given viewers something to worry about during the run-up to September.