DCI John Barnaby (played by Neil Dudgeon) and DS Jamie Winter (Nick Hendrick) investigated a murderous fishing contest in the latest instalment of Midsomer Murders. However, ITV viewers spotted a huge blunder with the case as local anglers locked horns with sporting enthusiasts who had descended on the area for the Psycho Mud Run.

One tweeted: “Half hour into #MidsomerMurders and no murder. Several injuries though.”

“Midsomer Murders?… There hasn’t even been a f****** Fish killed yet! #MidsomerMurders,” another wrote.

Someone else shared: “Wow, it’s taken #midsomermurders 35 minutes to have a murder – is that a record? Surely it’s usually within first 10 minutes?”

“Watching #midsomermurders. Not a murder yet and 40 mins in. Oh, here we go,” a fourth added. 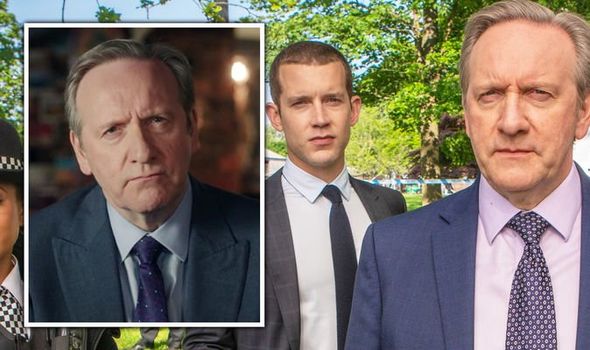 Another tweeted: “Erm half hour in to #MidsomerMurders and there have been *no* murders yet. Is this a record?!

“#MidsomerMurders Right! Half an hour in and no one has died yet…This won’t do,” a sixth said.