MICHAEL K Wiliams revealed in an interview last year that he had attempted suicide aged 17 with a bottle of pills after feeling the “world would be better off without me.”

The Wire star, who was found dead in his Brooklyn home from an alleged heroin overdose on Monday, said that his drug use began from “pain” and that he began “self-medicating” as a teen. 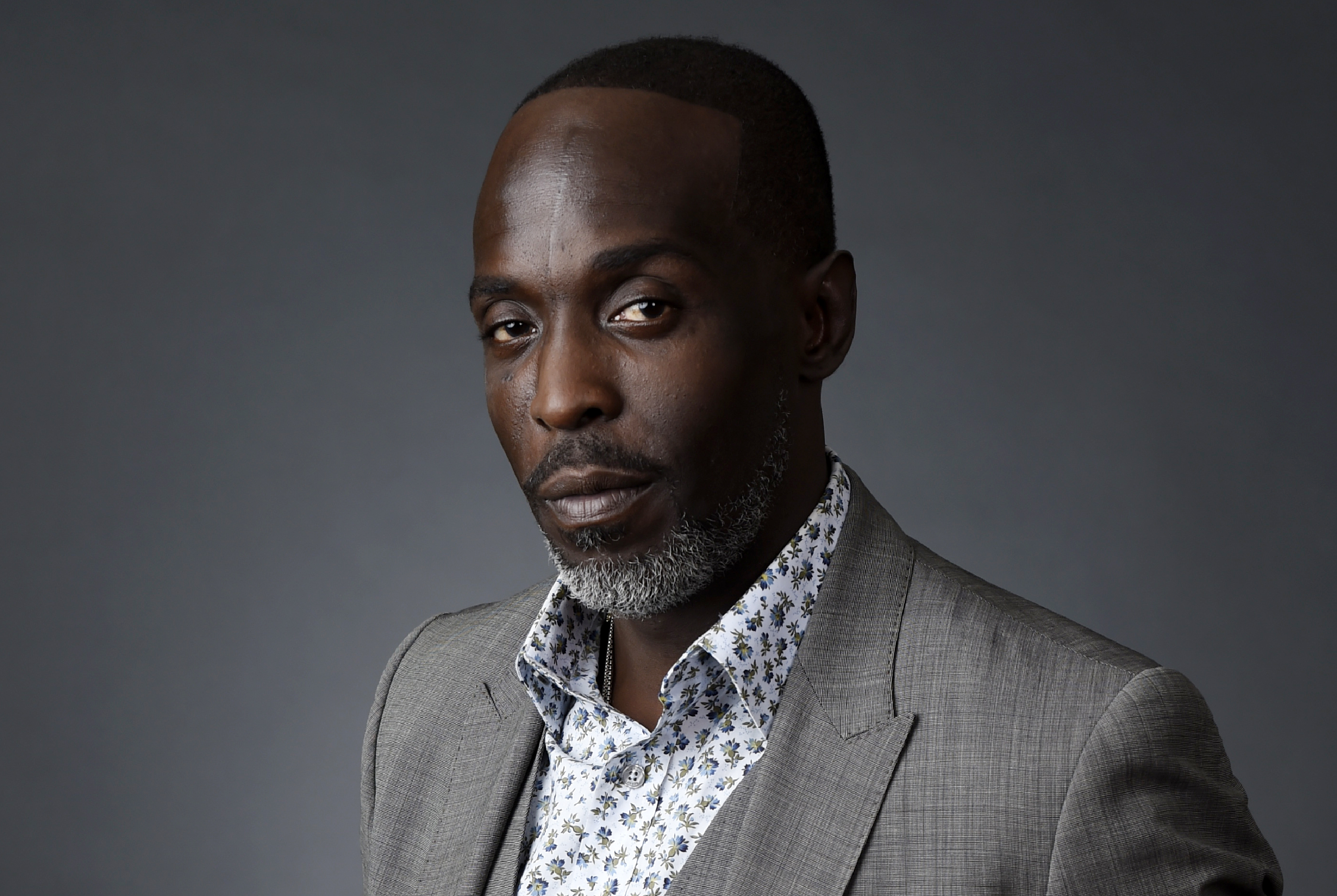 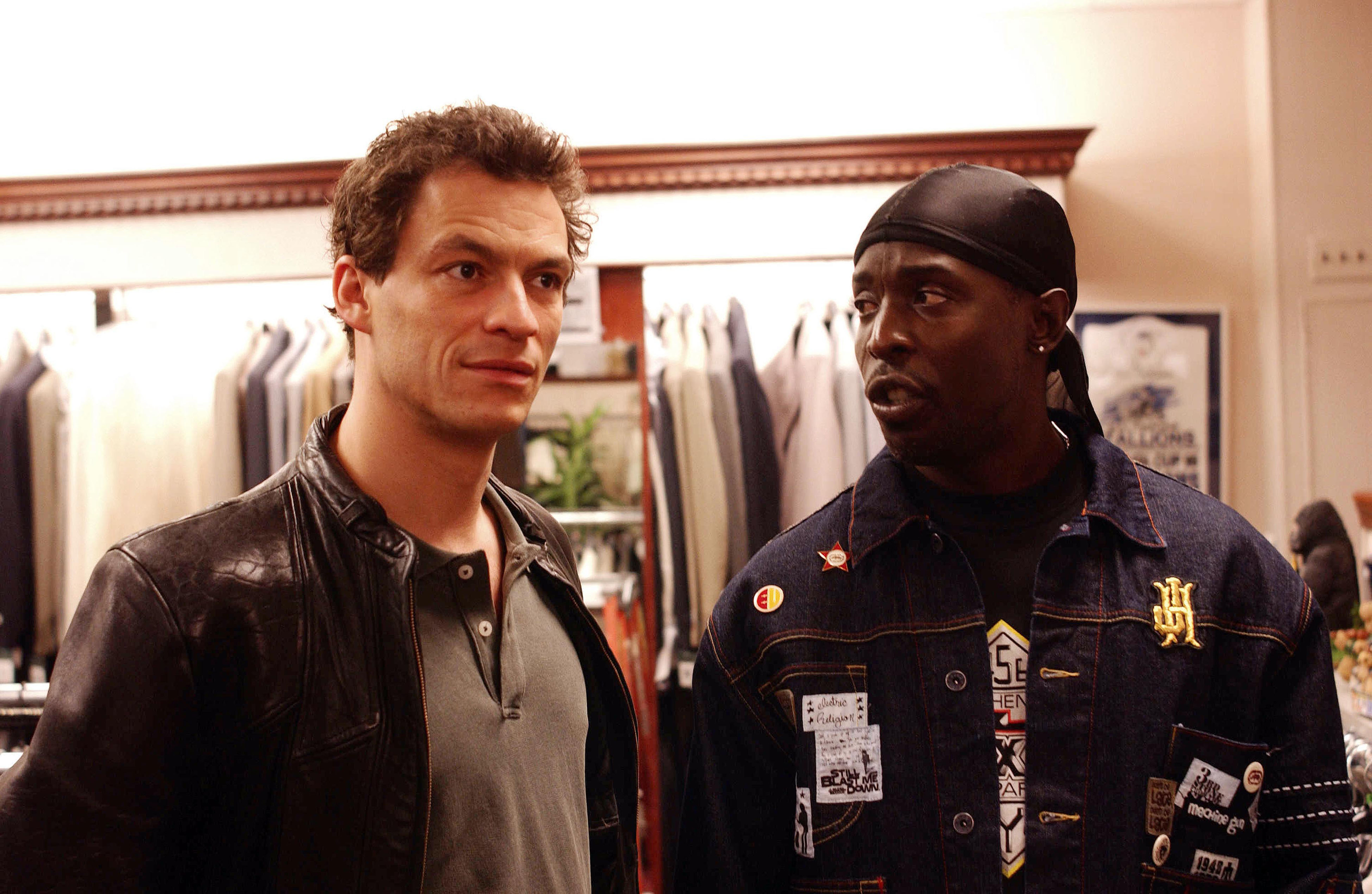 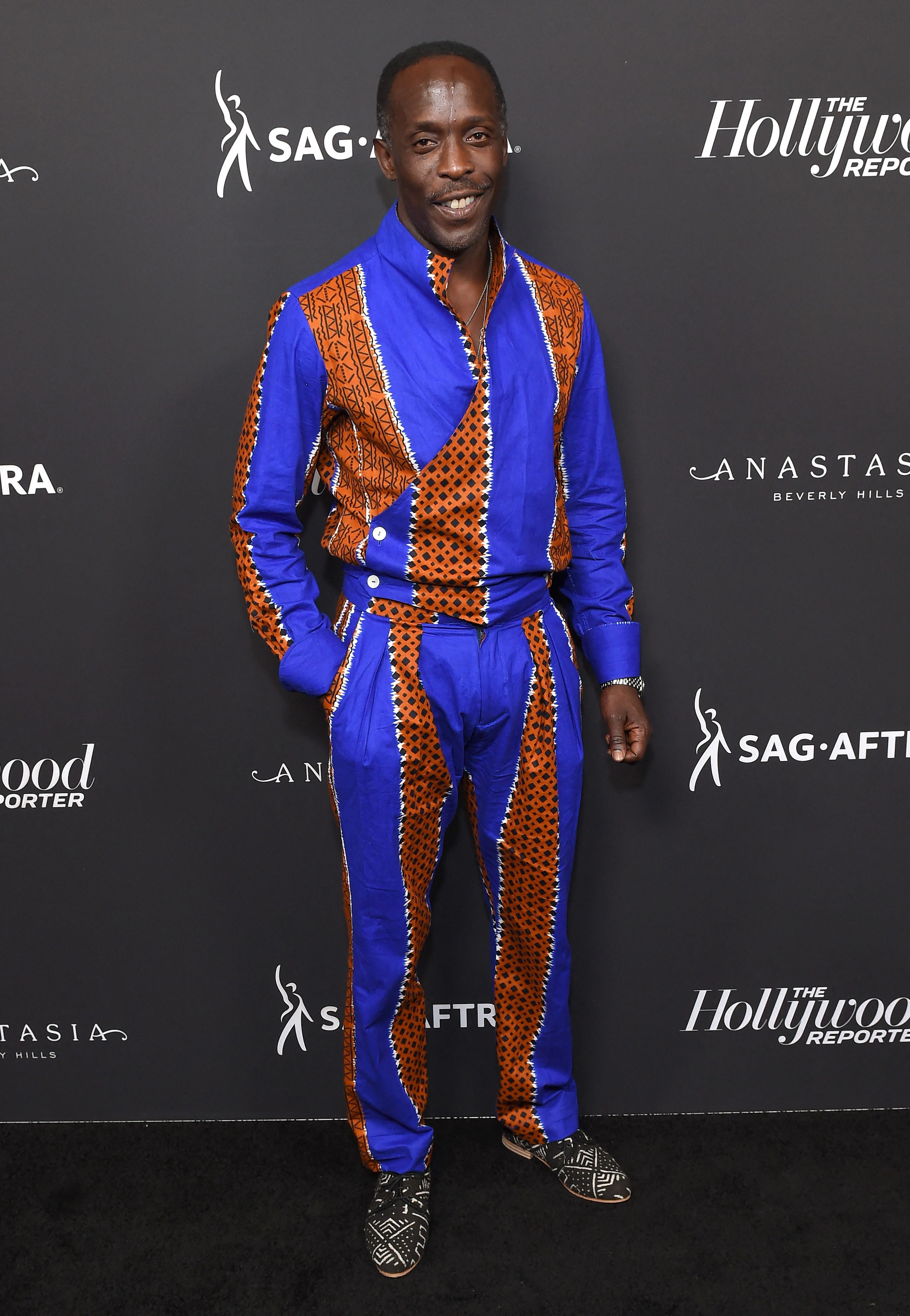 The actor claimed that he “got lost” after suffering a “lot of trauma early on” in his “strict” childhood.

In the October interview with Men’s Health about his role in Lovecraft Country, Williams was asked about how his drug use began.

“Pain. In a word, a lot of pain. A lot of trauma early on that I didn’t have the proper tools to deal with,” he said.

“My mom was very strict. The beatings were very severe growing up. She was determined to not have her two sons run amok. She had a brother who passed. He was a fighter and went to jail for murdering someone with his bare hands.

“It was a way of protecting me. It wasn’t an easy childhood, being sensitive, vulnerable. I’m not alpha, in any sense the word of the title. And so I got picked on a lot," he added.

The When They See Us star then revealed how it had led to a suicide attempt as a teenager as "drugs were there" when he was feeling “plagued.”

“It plagued me, especially [during] my teenage years. It was one of the things that led me to attempt suicide,” Williams revealed.

“I was 17. I was lost. I was very awkward with the ladies. Drugs were there. And I was already self-medicating. And I just got lost.

“I just remember feeling like, ‘Eh, maybe the world will be better off without me.’ And I took a bottle of pills, woke up to my stomach being pumped.”

Williams had been frequently candid about his prior drug use and struggles to beat his habit.

He also spoke about his mental health difficulties and the battle not to relapse and opened up about entering therapy to deal with his drug abuse.

And in an interview with Tamron Hall just last February, he spoke about how he sought mental health treatment after finishing up his Emmy-nominated Lovecraft Country performance.

'THE CRITIC IN MY HEAD'

“I just started therapy, you know, and really taking that seriously and starting to unpack, like you said, the critic in my head and what and how that has affected my — my actions, my responses to certain situations, my relationships,” he said on February 25 during an appearance about his role in the movie Body Brokers about a crooked drug treatment center.

“It was a very new process for me.”

Williams called the movie a “perfect example” of how “people often think that when a person puts down the drugs or the alcohol, that all the problems go away.”

“That couldn’t be further from the truth,” he said.

“Drugs and alcohol are not the problems, they’re merely symptoms of the problem. And once those things go away, the real work begins, you know…working on all the character defects, the moral compass — the skewed moral compass.

“Those are the things that need to be addressed. Those are the reasons we got high in the first place, and our inability to deal with life on life’s terms.”

During a 2016 interview with NPR’s Fresh Air, Williams also spoke about how his demons stayed with him during his time on The Wire.

“I could’ve used it as a tool, as a nurturing tool for myself. It could’ve been cathartic for me, [but] I decided to wear it as a Spider-Man suit and just fly around and go, ‘Whee! Look at me! I got web in my hands!'” he said.

When his time on “The Wire” ended, the actor said, “I had zero tools, personally speaking, in how to deal with letting that go.

“I wasn’t going around robbing people or anything stupid like that, but I definitely wore that dark energy that Omar was — he was a dark soul, a tortured soul — and I just … lived in that and that’s what people was attracted to…The lines got blurred.”

A year later, Williams told Deadline about how he was the “wayward son” and that “Uncle Mike was the idiot with the drugs.” 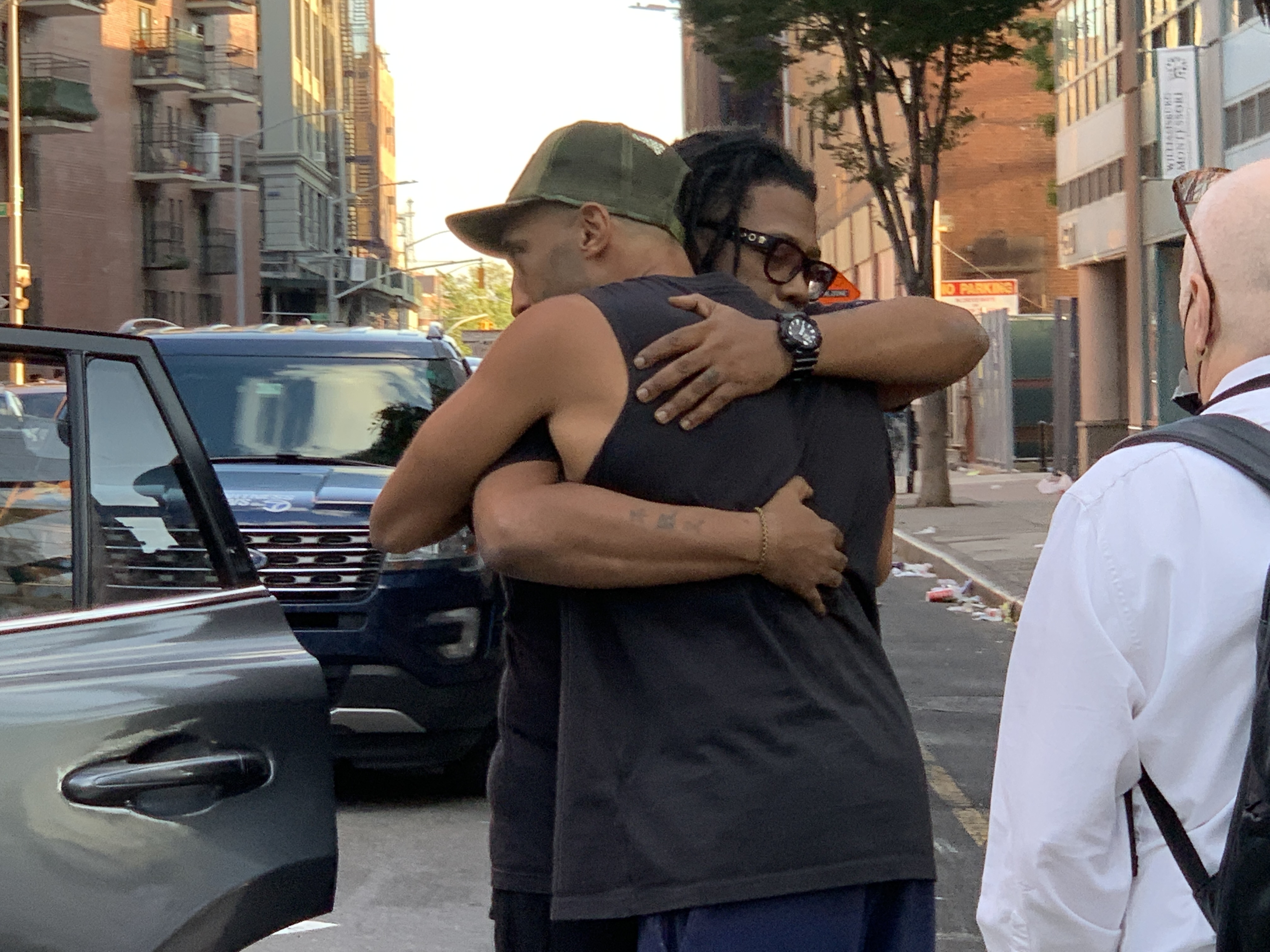 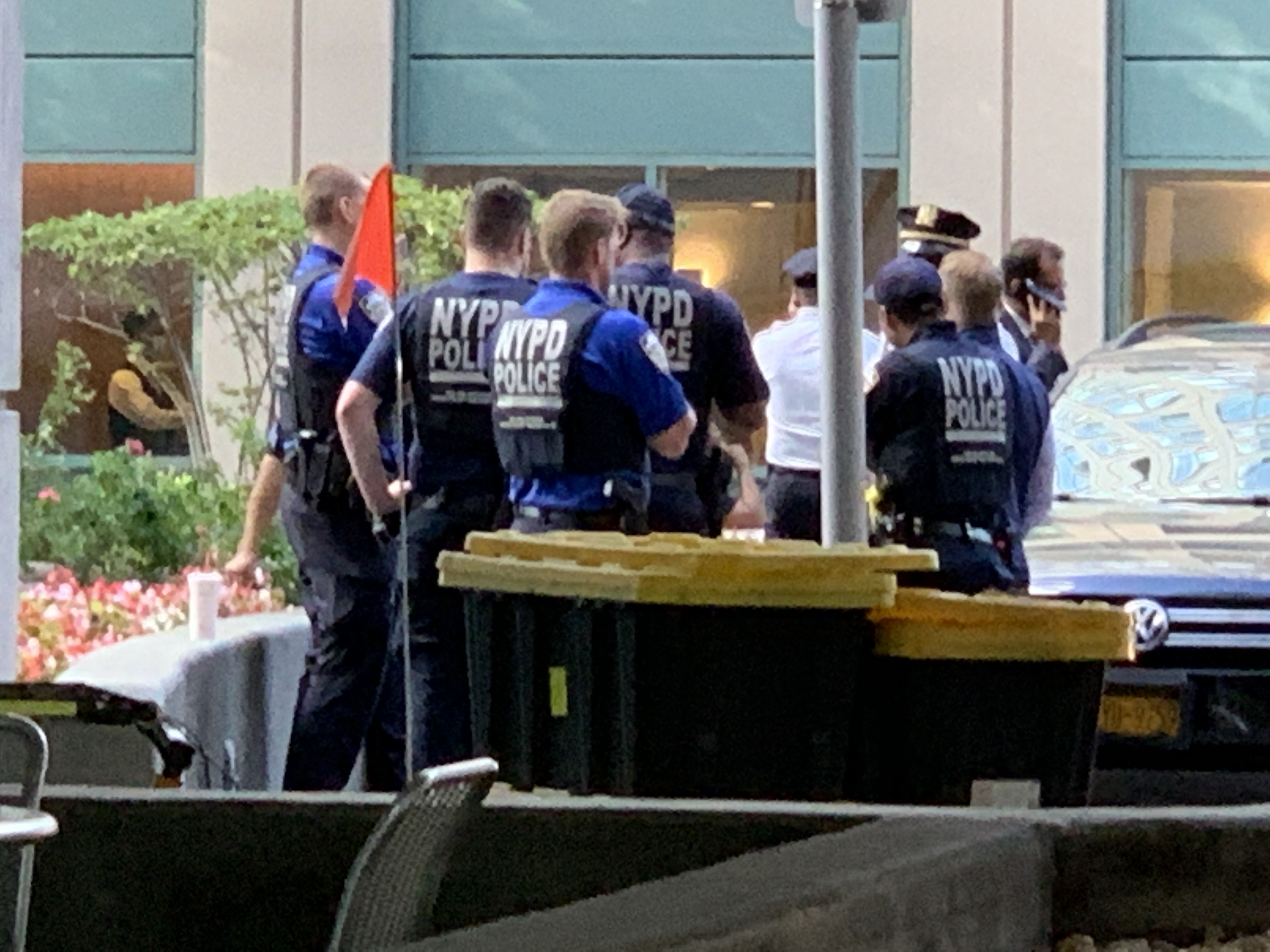 On Tuesday, many of his family paid tribute on social media to their “Uncle Mike” as fans and friends mourned his death.

“Rest In Peace Uncle Mike we love you,” one posted.

“Pray for me and my family, I’m exhausted,” wrote his nephew Booker T. Williams.

One of Williams’ nephews was reportedly the person to find his body in his New York City apartment on Monday afternoon.

The Sun confirmed on Monday he was discovered face-down and surrounded by drug paraphernalia.

NYPD deputies told The Sun of the 54-year-old: “Michael was found dead by a relative around 2pm today [Monday] at his Kent Avenue apartment in Brooklyn.

"He was alone when he was discovered. Illegal paraphernalia was found in the apartment.

"The medical examiner is currently investigating his cause of death."

Fans and fellow stars in the entertainment industry mourned the devastating incident on social media.

If you or someone you know is affected by any of the issues raised in this story, call the National Suicide Prevention Lifeline at 800-273-TALK (8255) or text Crisis Text Line at 741741.