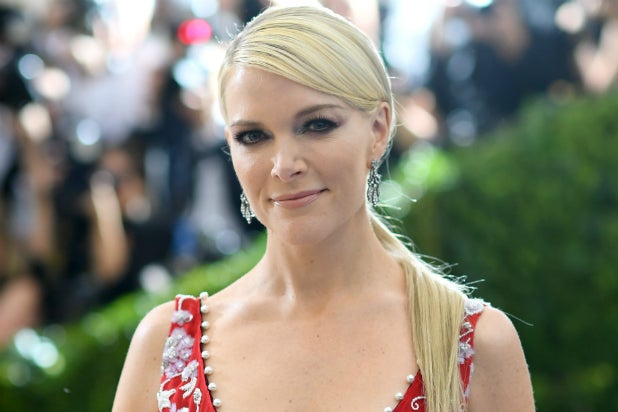 The meme, which showed a woman resembling the Queen driving a car with one hand on the wheel and a silenced pistol in the other, was captioned: “When you spend £32 million on your grandson’s wedding and his wife starts bitching about you to Oprah.”

“So good,” Kelly captioned the meme as she sent the tweet. A few minutes later, she deleted it — a “source close to Kelly” told TMZ (which swiftly posted a screenshot here) that Kelly said “didn’t realize the Queen was holding a gun, and only thought it was a reflection on the windowpane. She took it down after only a couple of minutes.”

Though the picture is obviously photoshopped, it’s also clear that the gun is in the Queen’s hand, which implies that she’s bringing the heat to even her score with Markle, who recently spoke out about racism in the royal family in an interview with Oprah and her husband, Prince Harry.

In the interview with Oprah last week, Markle was clear that while she did face discrimination at the palace for being mixed-race — so badly she found herself considering suicide — the invasive questions about her race and the appearance of her and Harry’s child, Archie, didn’t come from the Queen herself. In fact, Markle actually went out of her way to say that the Queen had always been “wonderful” to her while she was at the palace.

Megyn Kelly and Meghan Markle have gone at it before this occasion. Kelly was quick to speak out against Markle’s interview with Oprah last week, claiming she didn’t believe anything Markle was saying. Kelly criticized Markle for, of all things, wearing diamonds that were reportedly given to her by the Saudi crown prince (the same one who orchestrated the 2018 murder of journalist Jamal Khashoggi).

Markle previously said she didn’t believe in the “grandeur” of royal life, but Kelly argued Markle “covered herself in blood diamonds from a Saudi prince, so spare us that you’re not into any of the grandeur.”

In response to criticism, Kensington Palace said Markle just borrowed the earrings to wear. But Kelly made this jewelry fixation clear when she appeared on “Good Morning Britain” earlier this week.

Will Serena P. Go On ‘Bachelor In Paradise’? Here’s What She’s Said