Home » Meena kills Jacob as plot to destroy him backfires in Emmerdale? Meena kills Jacob as plot to destroy him backfires in Emmerdale? 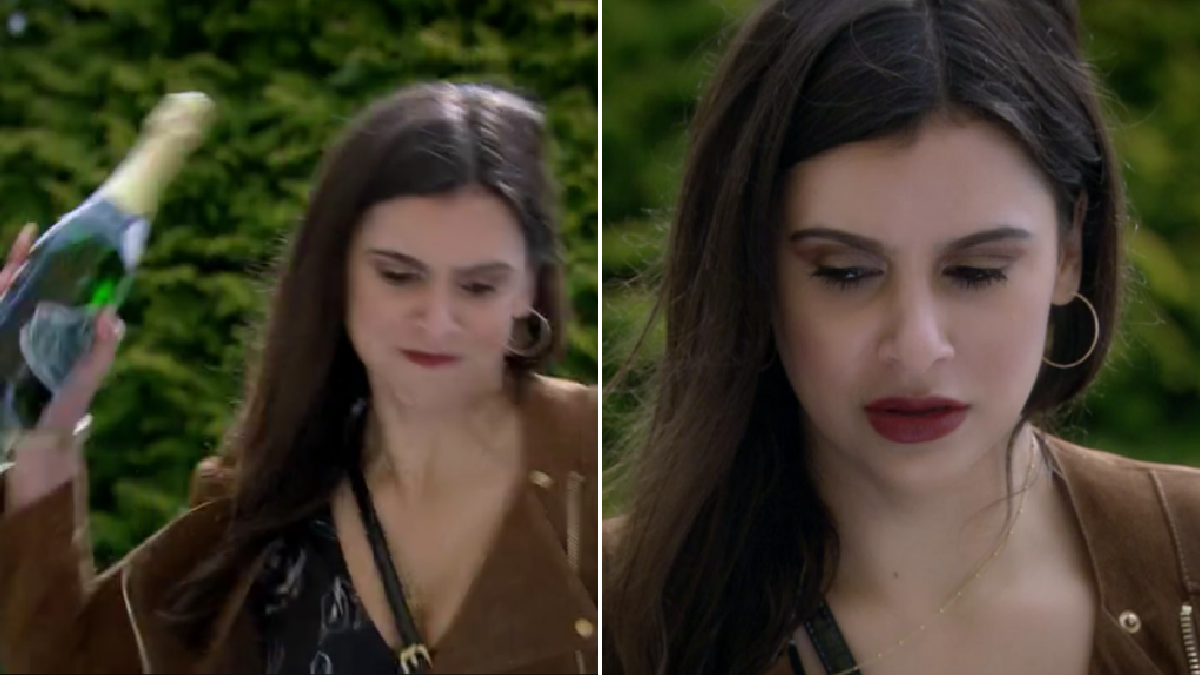 Meena Jutla (Paige Sandhu) is evidently used to getting her own way, so you can imagine her rage when her plan to get Jacob Gallagher (Joe-Warren Plant) out of the picture did not have the desired effect.

The young woman has been anything but happy since Jacob returned to Emmerdale. David Metcalfe (Matthew Wolfenden) has been incredibly worried about Jacob, meaning that she no longer has her beau’s undivided attention.

To her, this is unacceptable, and therefore she plotted to rectify the situation in tonight’s (June 29) double-bill of the ITV soap.

Knowing that Jacob was still hung up on Leanna Cavanagh (Mimi Slinger), she schemed and manipulated, inviting Leanna along to Jacob’s training session up at the HOP.

Animosity soon ensued, however, as Billy Fletcher (Jay Kontzle) was the trainer chosen for the job, and Jacob lashed out, trying to punch him.

Meena’s efforts were ultimately rendered useless as a result, forcing her to come up with an alternative plan of action.

With Charles Anderson (Kevin Mathurin) having left a Pride collection tin at HOP, she decided to wait until after closing, before stealing the tin.

Billy, given that he was the last staff member on duty, got the blame for the crime, that is until Meena started to plant doubts in David’s head, claiming that perhaps Jacob stole the tin in order to frame his love rival.

David was left with little choice but to question Jacob on the matter, which naturally didn’t go down too well with the young lad in question.

Meena, however, decided that she would make everything better with a meal for just the three of them, convinced that she had the upper hand once more.

Jacob ultimately forgave his dad for questioning him about the crime, but he revealed he didn’t want to spend the evening with Meena, and would prefer it to be just the two of them.

David, therefore, told Meena that he needs to be there for his son. Meena feigned understanding, but when her boyfriend had departed, she was overcome with rage and smashed the bottle of bubbly against her doorstep.

With Emmerdale having confirmed that Meena will take a life next week, we can’t help but wonder if it will be Jacob, who she sees as nothing more than an obstacle, that will ultimately pay the price?