Matthew Wright slams the Queen for having seven palaces

Following the news the next prime minister will be heading to Balmoral to meet with the Queen once elected, This Morning’s Ruth Langsford and Rylan Clark were keen to hear from Matthew Wright and Sam McAlister about their thoughts. With it looking likely Liz Truss will be the PM meeting the Queen, Matthew instead turned his attention to the royals’ estate rather than the Conservative Party leadership race.

And the former Channel 5 presenter didn’t mine his words as he unleashed a furious rant at the Queen and the number of palaces the royals own.

Kicking off the discussion, Ruth said: “Whoever it is, and it’s looking very likely (it’ll be) Liz Truss, normally they would be going to Buckingham Palace.

“They’re now going to Balmoral because the Queen is unable to travel,” Ruth went on before Matthew abruptly cut in: “Because the Queen has seven palaces that we pay for at a time of financial crisis.”

“Here we go,” Rylan quipped as he sensed Matthew’s tone before the This Morning guest launched into an animated rant about Her Majesty. 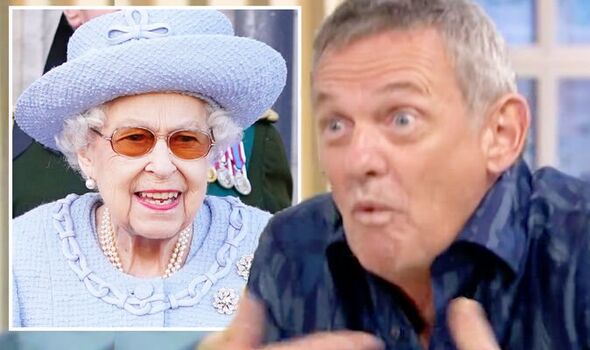 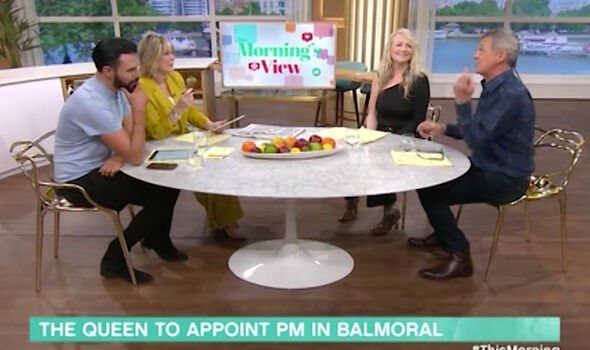 Matthew fumed: “Can I just say, every Royal Family in Europe live in one home, they don’t have seven palaces paid for by the people.

“We put a crown in a Rolls Royce and sent it to parliament in place of the Queen.

“I mean, when are we gonna get real?!” Matthew raged as Rylan did his best to calm the situation.

“Listen, you’ve got to feel for her, think of that heating bill for Balmoral,” he quipped. 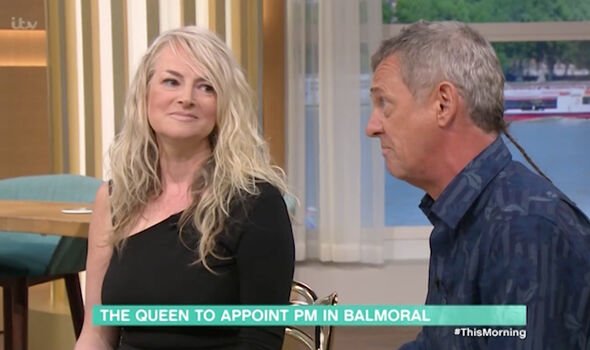 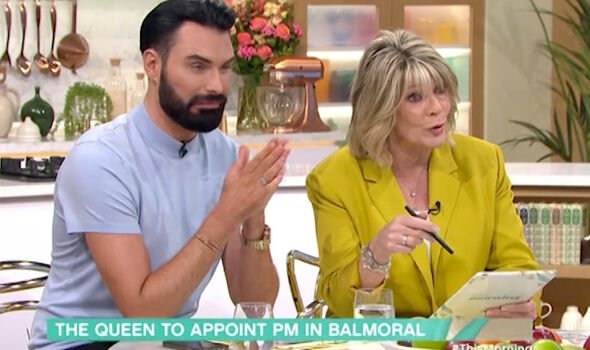 But Matthew’s outrage showed no signs of slowing down as he shouted: “Seven palaces!

“We pay it, mate! We pay it!” Matthew continued to yell.

Sam then weighed in to try and defend Her Majesty in light of her recent health woes, as she remarked: “On a serious note, obviously the country is very concerned about the Queen’s health, every day we’re concerned about her deterioration and we wish her nothing but the best-“

But Matthew was unsympathetic as cut in: “But we can say about our grannies’ health and our grandpas’ health and they don’t have seven palaces!”

Matthew’s remarks certainly irked a number of ITV viewers, with Twitter user @AyrFarmers raging: “#ThisMorning disgusting using this morning to express his view on the monarchy.”

While @Grham84 didn’t hold back: ”Just listen to him. How many homes could that heat. Erm NONE u utter cretin #ThisMorning.”

Rich Carpenter weighed in: “@thismorning don’t criticise the @RoyalFamily unless you actually know your facts..

“We don’t pay for 7 palaces, I am sure Balmoral and Sandringham are personally owned by the Queen not the crown, the rest are funded by the Crown Estates which is a full P&L business! ThisMorning.”

And @ursulaamanda simply hit back at the presenter’s comments: “Oh STFU Mathew #ThisMorning,” followed by a sleeping emoji.

Elsewhere, Danny Tipple fumed: “They’ve got to stop letting Matthew Wright on the TV. What a plonker. #thismorning.”

Lennie Tudor added to the furore as they commented: “Matthew Wright gets on my wick with his ignorance. The Palaces would still be paid for by the tax payer, even if The Queen wasn’t residing there. Idiot. #ThisMorning”

However, there was some support for Matthew’s stance on the royals, as @mrscarter22 shared: “I have to agree with @Matthew_Wright Seven palaces is totally overindulgent. Pick one and that’s sufficient #ThisMorning.” (sic)

Fashion brands people struggle to pronounce – and how you say them