The second half of Lucifer’s fifth season should be arriving on Netflix soon, but eagle-eyed fans have still managed to piece together some clues and spoilers for the devil’s final adventures. Some new set pics on Instagram may have confirmed Chloe Decker (played by Lauren German) will be getting her hands on a powerful bit of bling in season six.

Chloe Decker appears to have gained possession of Lucifer Morningstar’s (Tom Ellis) iconic ring in a behind-the-scenes snap on the set of season six.

Fans will still have to tune into the second half of season five to find out what happens next, but this is just the latest in a series of clues teasing the devil’s last adventure on Netflix.

Filming is currently underway in Los Angeles as ‘Lucifans’ continue to wait for the next episode rollout at some point in the coming months.

During production, Chloe star Lauren German was spied in a recent social media post, brandishing the unmistakable ring usually worn by Lucifer himself. 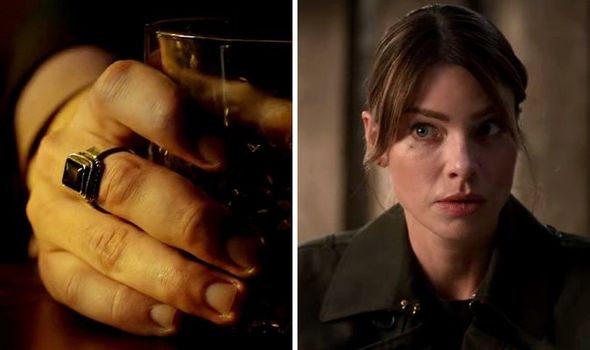 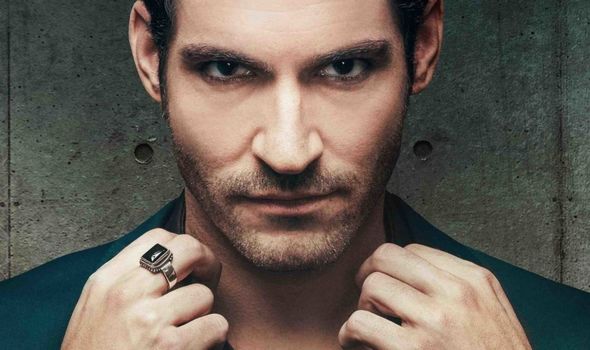 Furthermore, series lead Tom Ellis also appeared without the ring in a new snap on Instagram.

And another replied: “Pretty sure it is. I need more details on how this ring went from black on Lucifer to white on Maze and now on Chloe.

“And where did the immortality go? Where’s the immorality… who gets to live forever??” 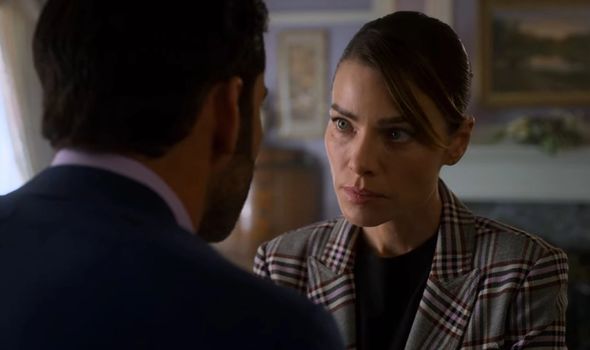 If the ring does indeed change hands at some point in the show’s remaining episodes, Chloe may find a way to absorb its powers of immortality as a way to spend eternity with Lucifer.

Viewers discovered in the latest instalment that Lucifer’s ring had actually been a gift from Lilith (L. Scott Caldwell), the mother of Mazikeen (Lesley-Ann Brandt).

Season five featured a special black-and-white flashback episode featuring Brandt playing her character’s own mother, and this may have set up a major twist for season five, part two.

While the specifics are unclear, fans are assuming Adam’s first wife transferred her power of immortality into the ring somehow, in order to live out a normal human existence.

As the ring has no visible effect on the already immortal Lucifer, he may decide to use it as Chloe’s engagement ring, thereby allowing her to live forever by his side.

However, as some eagle-eyed fans have already pointed out, this ring appears to be white rather than its usual black colouring, suggesting its powers of immortality may have been removed.

This could mean Chloe has already absorbed the powers, though others have also spotted Maze star Lesley-Ann Brandt on set with the same white ring.

One fan commented: “100 percent same ring but white. It feels conveniently conspicuous though… are they screwing with us?”

While another suggested: “Everybody here is theorizing about Lucifer giving Chloe immortality whereas I’m sitting here convinced that he gave Chloe the ring as an act of declaration of love.”

Most fans are convinced Lucifer and Chloe will end up getting married at some point in the final season.

Unfortunately, thanks to Lucifer’s infinite lifespan, their time together would be comparatively short-lived compared to the thousands of years the devil has already lived through.

If the fan favourite couple are to get their happy ending, Lilith’s ring of immortality could be the only possible way to make that happen before the series comes to an end.

Lucifer Season 5, Part 1 is available to stream on Netflix.

How to keep kids entertained this half-term
Recent Posts