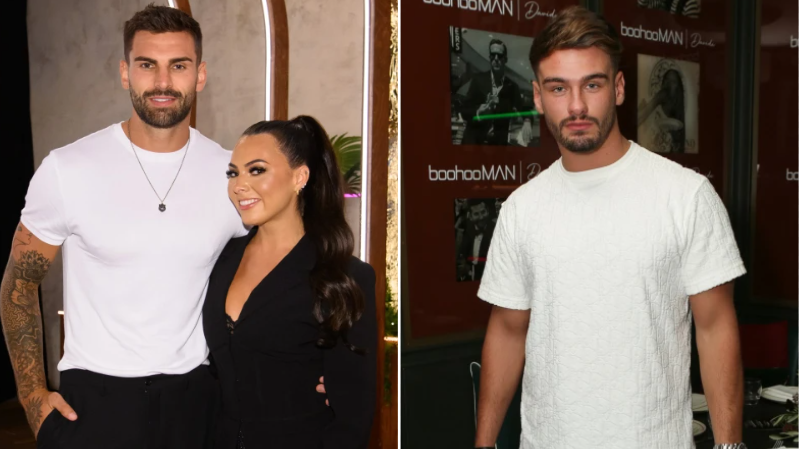 Paige Thorne has given fans an update after confirming she has been back in touch with Jacques O’Neill since splitting with Adam Collard.

Paige and Jacques were, of course, coupled up in Love Island, until he quit the show to prioritise his mental health.

Jacques promised to wait for Paige before she swiftly moved on with Adam, who returned to Love Island for a second time promising to be a changed man.

Paige and Adam have now broken up though, after she discovered videos of him getting very close to two other women.

So, what’s the latest?

The paramedic recently confirmed she’d been in contact with Jacques for the first time since leaving villa, but she’s now stressed they’re still ‘just friends’.

‘It’s spreading that me and Jacques are back in contact, and we’re going to be “reunited” and all this kind of thing,’ she told Cosmopolitan.

‘We’ve literally had one conversation on the phone. It’s just friends. Everyone can chill out with the speculation that “Paige and Jacques, she’s gonna go back to him”.

Paige also elaborated on her split from Adam, insisting everything was fine, long distance appeared to be working until she saw the aforementioned videos.

According to Paige, tried to move forward but he started getting ‘really shady’ on text.

‘He wasn’t texting me back. My own boyfriend literally ghosted me,’ she claimed.

Adam has now teased appearing on Love Island for a third time after their break-up and denied any suggestions he cheated.

‘I think she knows the truth about all of that, and to be honest I’m not bothered about anyone’s opinion only hers,’ he told The Sun.

Metro.co.uk has contacted Adam Collard’s reps for comment on this story.

Love Island is available to stream on ITV Hub.