The 22-year-old looked to be having some fun as she left Restaurant Ours in Kensington alongside some of her closest TV pals. 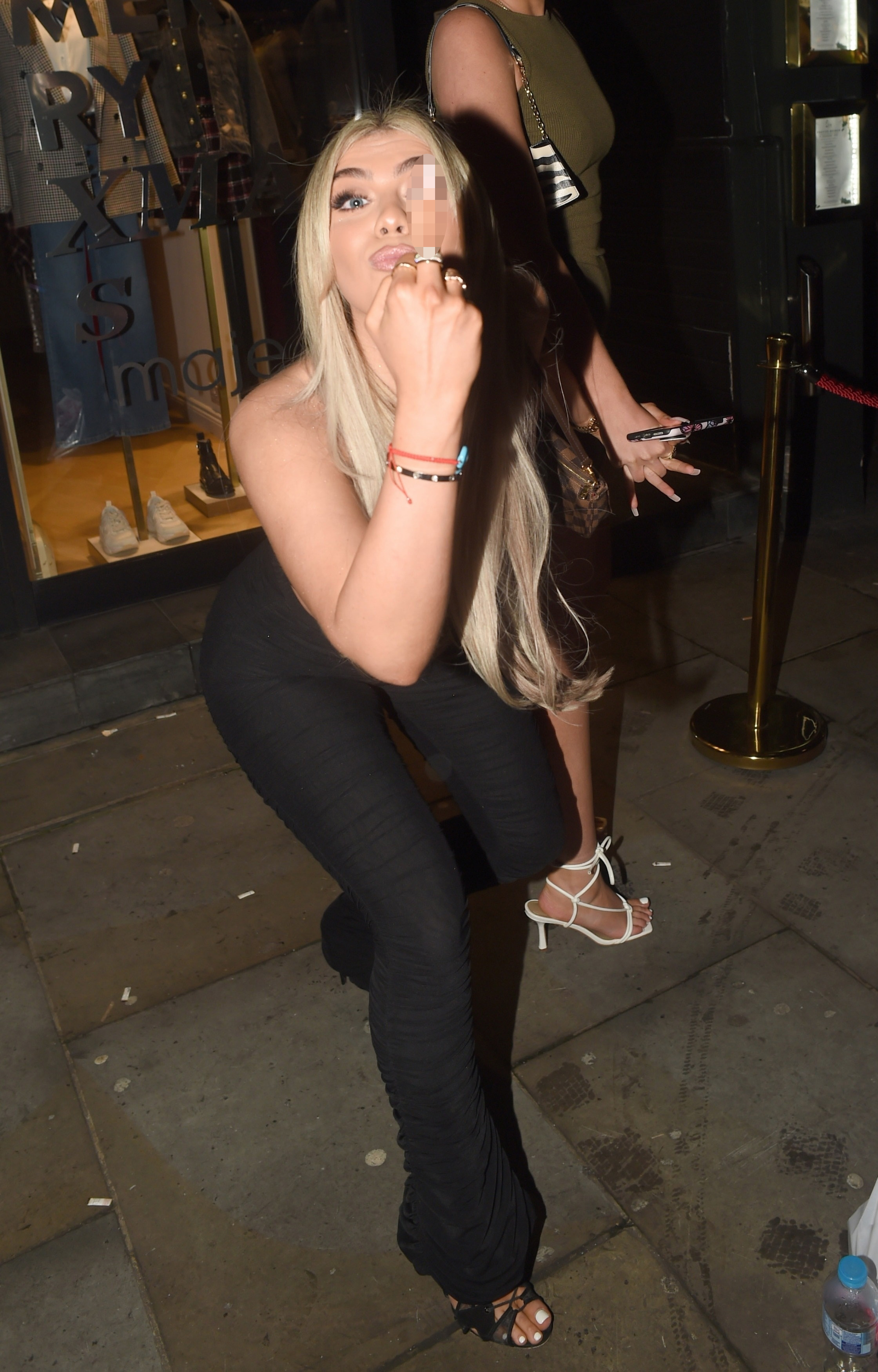 Reality star Belle sported a black two-piece trouser set, showing off her toned tummy in the crop top and drawing attention to her bust with layered gold jewellery.

The glamorous Love Islander finished off her look with black stilettos, which she showed off to the camera outside the restaurant.

Alongside her manager, the reality star, who is daughter of Hollywood actor Tamer Hassan, was joined by some Love Island favourites including Jess and Eve Gale.

Leaving the eatery in time for the new Tier 3 rules to come into play, Belle laughed as she pulled a middle finger at the camera and showed off her toned behind. 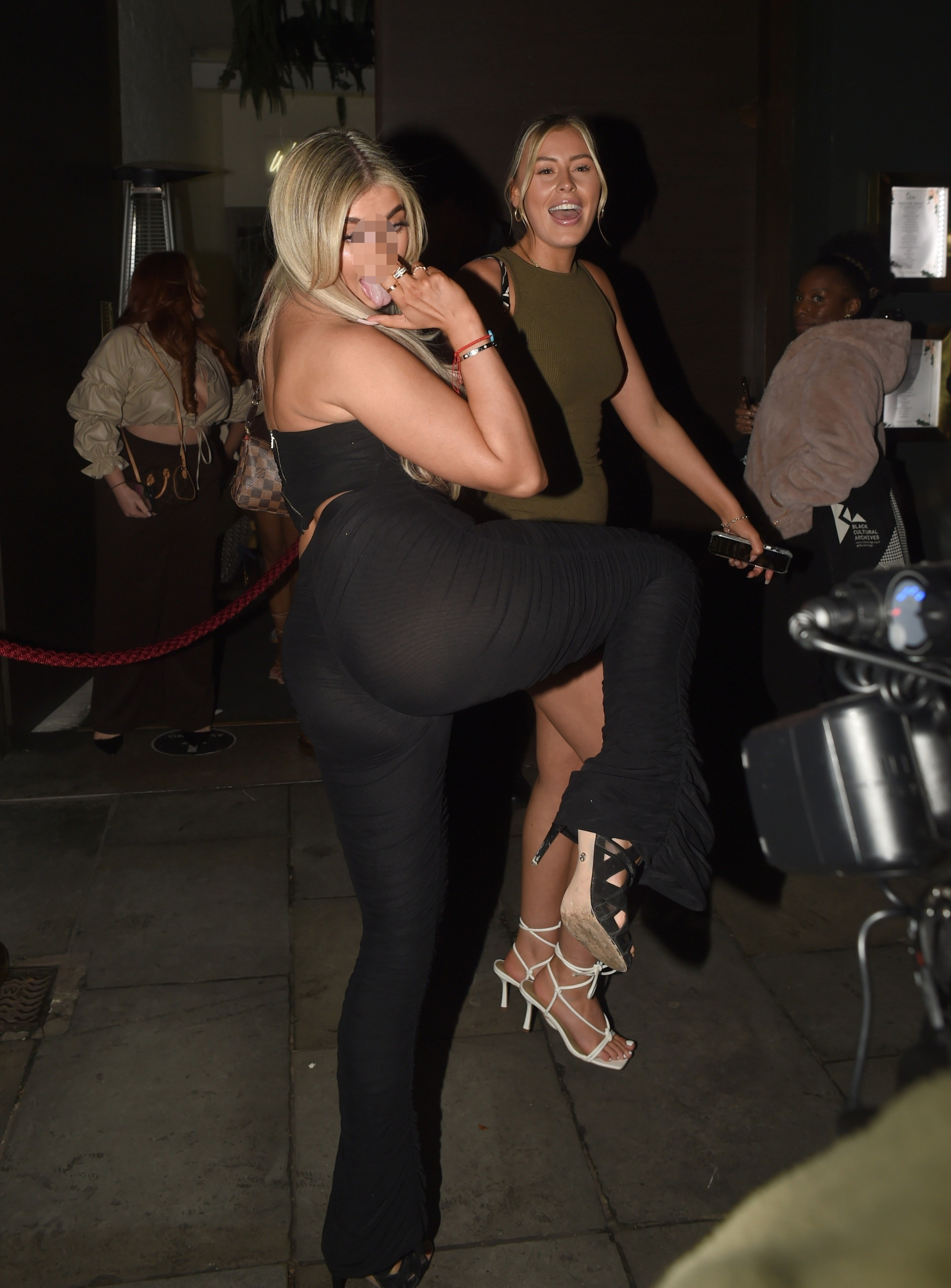 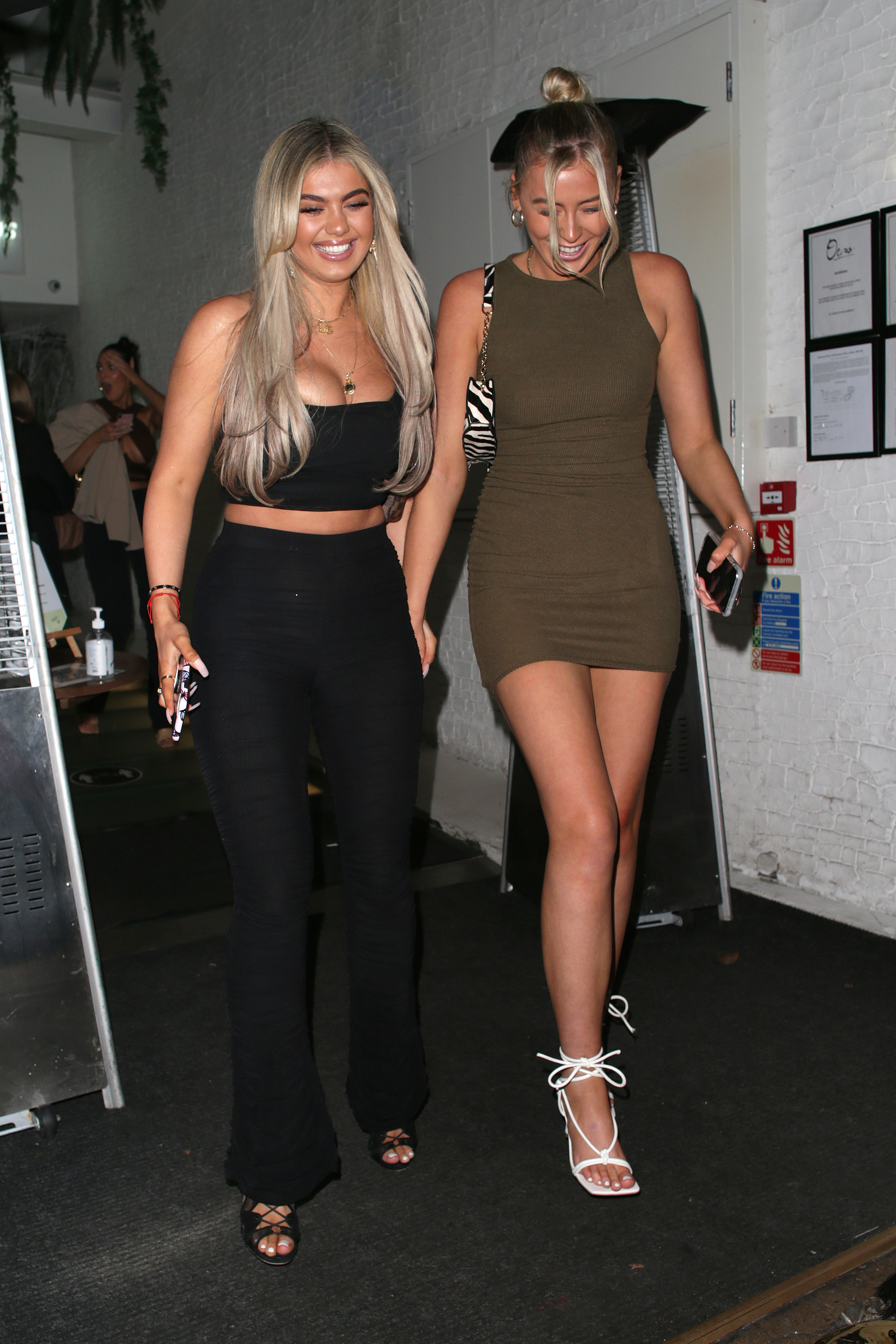 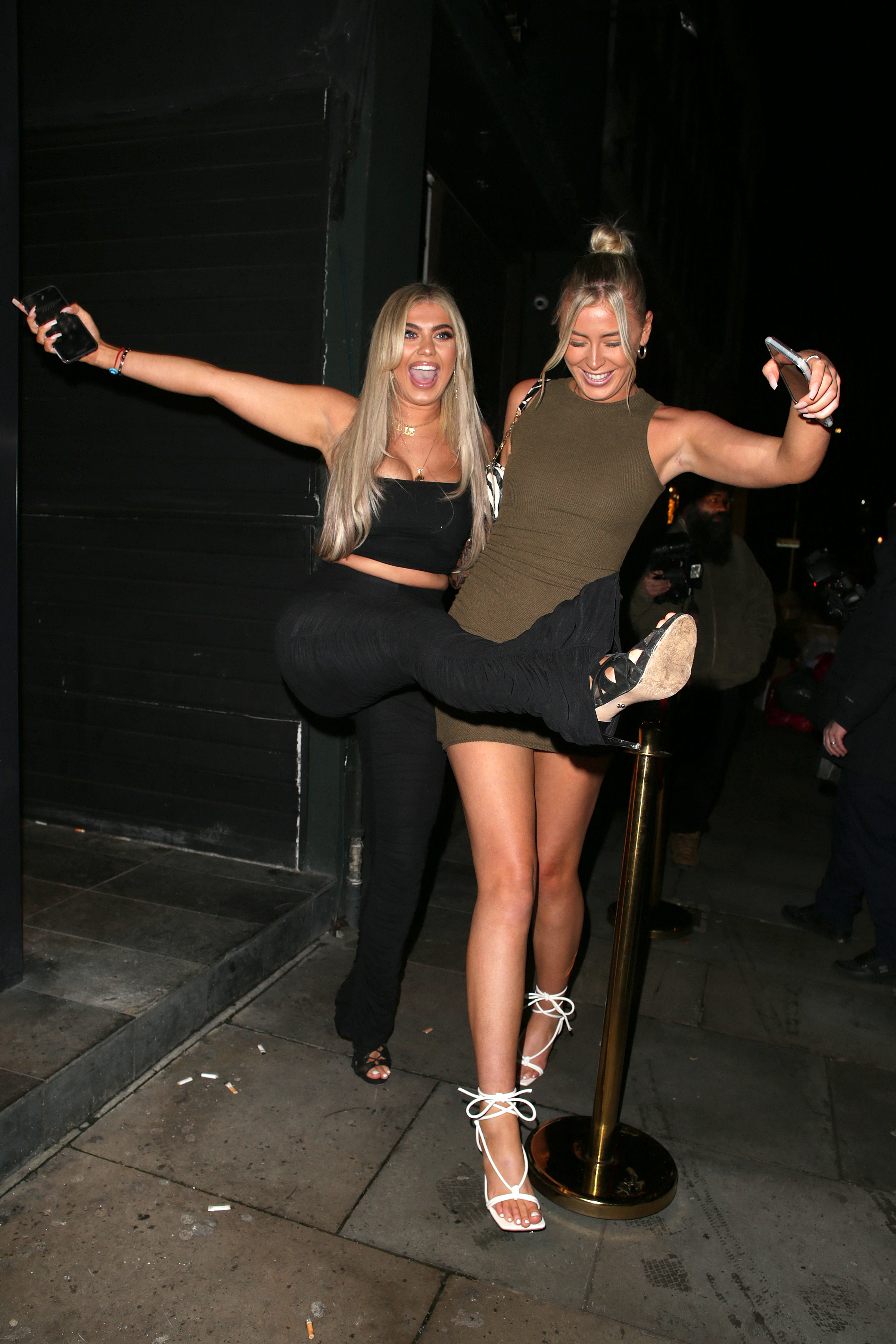 She strutted off holding hands with The Circle's Sian Owen, who was also in high spirits before the Covid-19 restrictions began at midnight.

Taking to her Instagram story to give a closer look, the star explained the group were on a "work night" out as they posed for the video.

The group sipped on cocktails throughout the night – leaving them a little worse for wear as they toppled out of the high-end restaurant.

London was placed in the highest tier of restrictions on Wednesday morning, closing all restaurants and pubs unless they can provide a delivery or takeaway service. 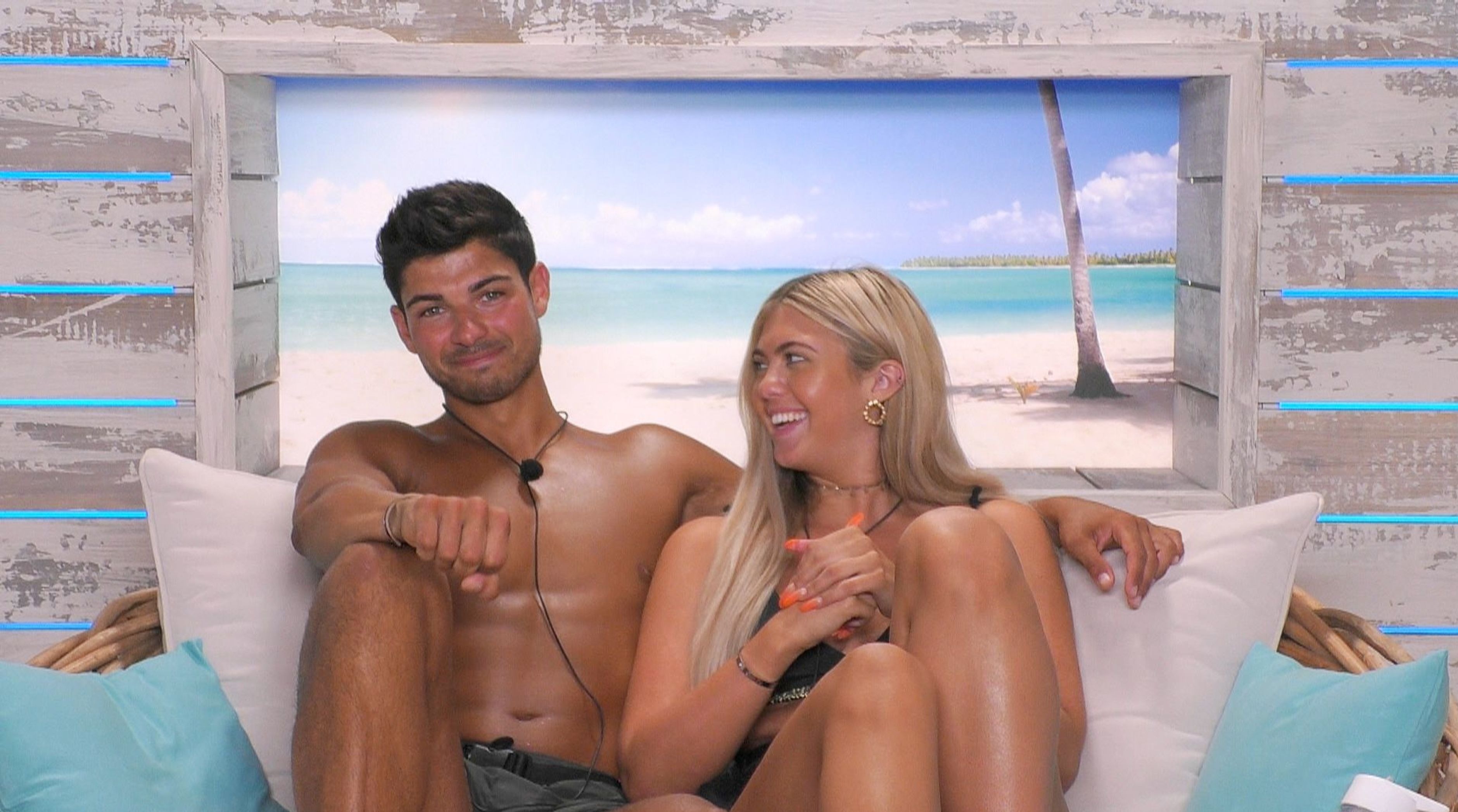 The decision was made after concern arose that the capital was seeing a sharp increase in coronavirus cases before the festive period.

Belle appeared on Love Island in 2018 and coupled up with Anton Danyluk, 24, who she split with just five weeks after leaving the show.

The blonde bombshell was said to have grown tired of her ex boyfriend's party habits, with Anton often cosying up to other women at public appearances.

Sources told The Sun: "[Belle] feels he's been disrespecting their relationship and can't see him changing his ways."