Love Island 2019 fans were finally given the scene they had been waiting days for tonight; Michael Griffiths telling Amber Gill he still liked her.

After weeks of denying his feelings for the Geordie beautician, the Liverpudlian firefighter explained the U-turn, but eagle-eyed fans were quick to jump to social media and brand him a “liar”, after he contradicted himself.

Towards the beginning of the series, Amber and Michael coupled up with one another and things were going strong until the Casa Amor twist occurred.

With Amber out of sight, she was clearly out of mind for Michael as he took this break as an opportunity to get to know new girl Joanna Chimonides.

When the two villas were brought back together, those watching at home saw Amber walk in alone and see Michael standing there with his arm around Joanna, having chosen to couple up with her minutes before.

Since that moment, it has been a whirlwind of emotions for Amber, but she finally confessed to Michael just last week how she still liked him, only to be met with him telling her he was interested in getting to know Joanna instead.

On Monday night, Caroline Flack delivered the shocking news that one Islander would be sent home and everyone said goodbye to Joanna.

During that dumping, the show’s host asked Michael how he felt and his response was: “I feel like I came and found what I wanted and now she’s leaving.”

Tonight, during Michael and Amber’s conversation, Amber asked him what he meant about this comment – “coming in and finding what he wanted” – and his response was very different to that of Monday night’s.

Amber said: “The thing is though, what the hell was all that at Island Club then? What you were saying, your philosophical words of ‘I’ve found what I’m looking for’ at all that jazz.”

Read More: Love Island 2019: Will Amber get back with Michael? 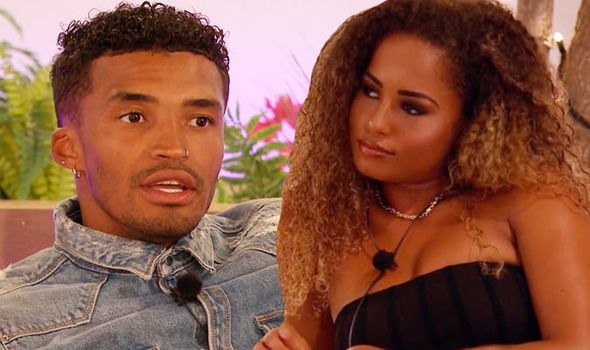 “Did you hear me say anything about any specific person?” Michael replied grinning, appearing to imply he could have been talking about her and not Joanna.

But ITV2 viewers were not convinced and took to Twitter to give their opinions on the matter.

“Let’s get Michael on the lie detector test please #LoveIsland,” one said while another commented: “Look how defensive Michael was when Amber brought up what he said in the island club f***** liar #loveisland.” 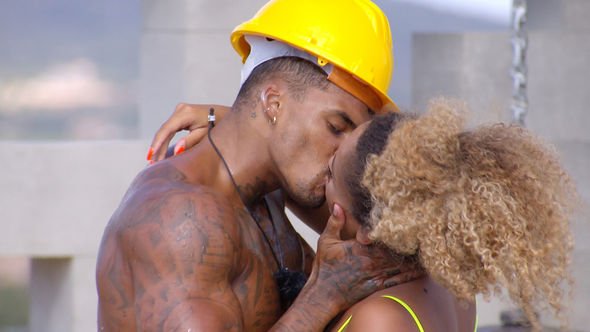 Who do you want Amber to choose?

One other stated: “Michael did you forget you’re on tv? Everything is recorded? You literally said you found what you’re looking for and NOW SHES LEAVING. You literally meant Joanna. You liar. Run Amber. #LoveIsland.”

However, some others were happy to see Michael finally revealing his true feelings and wished they would get back together.

Another added: “I actually love Amber & Michael together and genuinely believe what he’s saying #LoveIsland.”

“Tbh Michael and Amber belong together. But Michael has been a d*** #LoveIsland,”(sic) a third chimed.

As for how the episode ended, tomorrow night will see a recoupling whereby the girls have the power.

But who will Amber choose, Michael or Greg O’Shea?

The ‘Five Feet Apart’ Author & Screenwriter Are Working on a New Tearjerker!

Carrie Underwood on her workouts post-baby: ‘It takes a while to feel like yourself’
Recent Posts