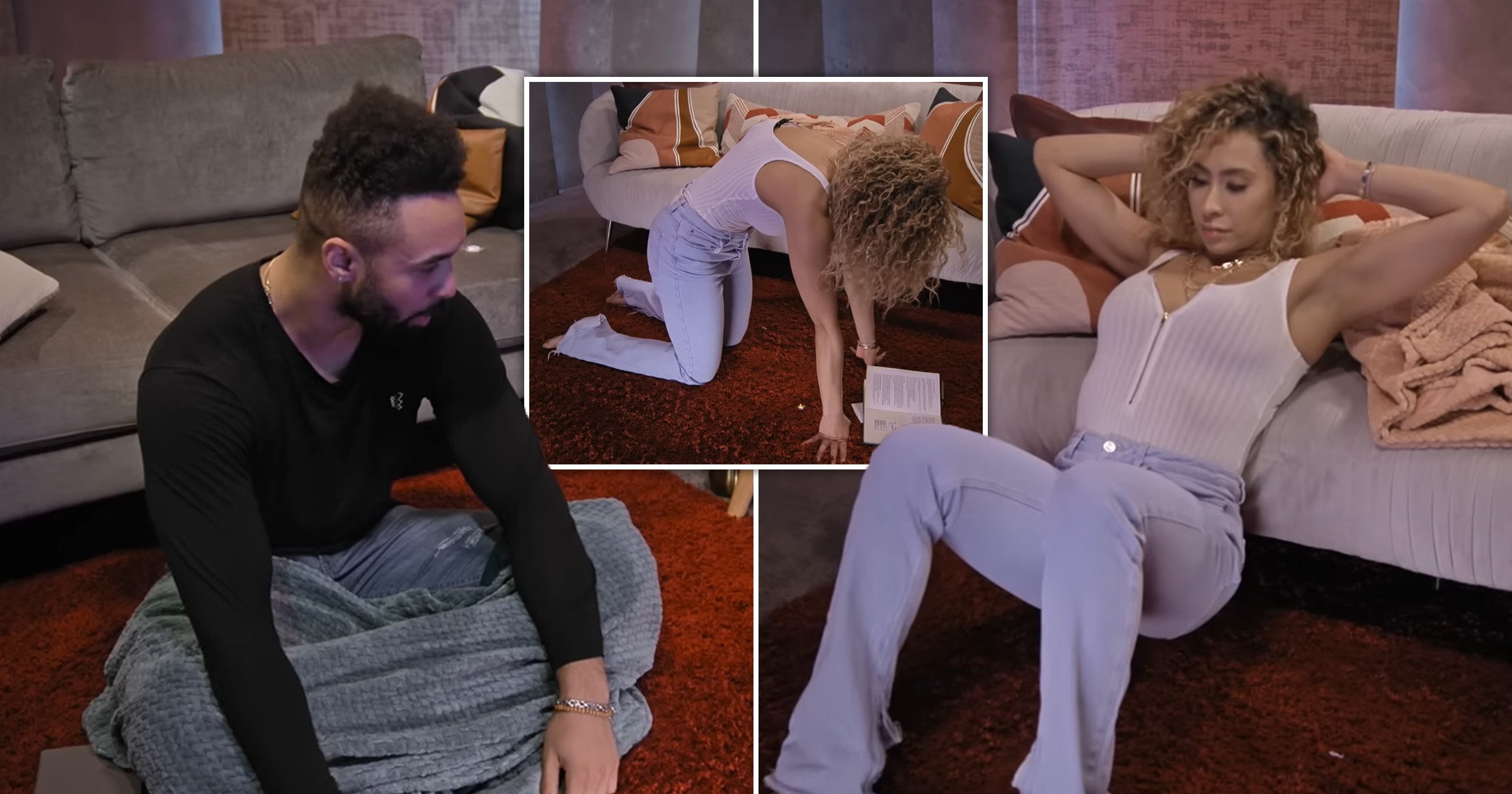 Love Is Blind star Raven Ross had a rather unusual response when Bartise Bowden opened up about the breakdown of his parents’ relationship.

The pilates instructor and Bartise are looking for love in the Netflix series, which follows a group of singletons who get to know each other without seeing each other.

Couples will only meet for the first time if they decide to get married in what can only be described as a whirlwind romance before they go on a lavish honeymoon and move in together.

Raven and Bartise are among the contestants hoping to find The One on the third season of the dating reality series and were bonding in their respective pods in a recent episode.

Clearly feeling comfortable in Raven’s company, Bartise spoke about his childhood and the moment that led to his parents splitting up.

The 27-year-old explained he was on a family holiday in the Cayman Islands, where his mum had previously lived and she was showing them all her old haunts.

While she was a resident of the island she was engaged to another man before they went their separate ways and she met Bartise’s dad.

During the vaycay, Bartise and his family visited a bar that was hosting a live music night, when the singer of the band performing approached his mother.

To his father’s shock and annoyance, it turned out the musician had been the man his mother had been previously engaged to.

Bartise said: ‘When my Dad found out he threw a fit. And so that was the beginning of the end for my parents’ relationship.

‘And this is crazy that I felt comfortable enough saying that; I would never have thought in a million years I would share that story. I can’t believe I just did.’

However, throughout Bartise’s heartfelt and emotional tale, Raven was rather more preoccupied by her exercise regime, striking yoga poses and doing pelvic thrusts.

Raven, while doing jumping jacks, responded: ‘Oh, well that’s good! That’s not even bad. But I see that that was hard for you, so thank you.’

But Bartise had realised she was otherwise engaged, telling her: ‘Yeah, yeah. While you do your jumping jacks.’

Looking mildly taken aback but nonplussed, Raven said: ‘You can hear it?’

While laughing, Bartise told her: ‘Oh yeah! I heard it during that story, that monologue I was telling. I was like, “Oh my God, Bartise gets as deep as he’s ever gotten in his life, and the person that’s listening to him is doing workout.’

‘No, that’s funny,’ Raven said, continuing with her jumping jacks.

Fans have either raised an eyebrow or found the whole scene amusing, with one Twitter account writing: ‘the “no…..,that’s funny” and then she goes back to jumping I YELL.’

A Youtube user penned: ‘Very rude but what an iconic moment. She really did jumping Jacks while Bartise was out here pouring out his soul. She is so unserious.’

‘I’m sorry I felt so bad for him, but I could not stop laughing, like why would she do that?,’ another said.

Love is Blind is available to stream on Netflix.