Home » TV & Movies » ‘Loot’ Review: Maya Rudolph Does Her Best in a Money Comedy That Invests in the Wrong Places

‘Loot’ Review: Maya Rudolph Does Her Best in a Money Comedy That Invests in the Wrong Places

“Loot” is a show built from the Workplace Comedy Misfits Playbook, calling on everyone from “dorky accountant” to “aloof assistant” to “plucky source of positivity.” On their own, in the moment, they’re each characters that work as they’re intended: to reflect and refract the personal ups and downs of whoever connects all of them. Yet it’s the choice of who’s being reflected that puts this show in a precarious position right from the start. Though “Loot” has a more-than-capable lead performer and a talented ensemble surrounding her, this Apple TV+ comedy digs a narrative hole for itself that it takes an entire season to climb out of.

“Loot” makes its start far away from that odd bunch at first, nestled comfily in the world of 0.00001%er soirees. Our entree into that stratus is Molly (Maya Rudolph), the wife of Bezosian tech overlord John (Adam Scott) whose life reflects the fortune he’s gained. After Molly discovers her husband’s affair and their marriage dissolves, she takes her assistant Nicholas (Joel Kim Booster) and her 11-figure half of the family funds and heads elsewhere.

Eventually that road leads to spending most of her time at the charity that bears her name (one she’d rarely bothered with before finding herself newly single again). There, Molly meets the aforementioned collection of foundation employees, including her IT specialist cousin Howard (Ron Funches) and money man Arthur (Nat Faxon). Leading them all is the no-nonsense charity executive Sofia (Michaela Jaé Rodriguez), whose devotion to her work puts her instantly at odds with Molly’s initially glib assumptions about the team’s goals and functions. 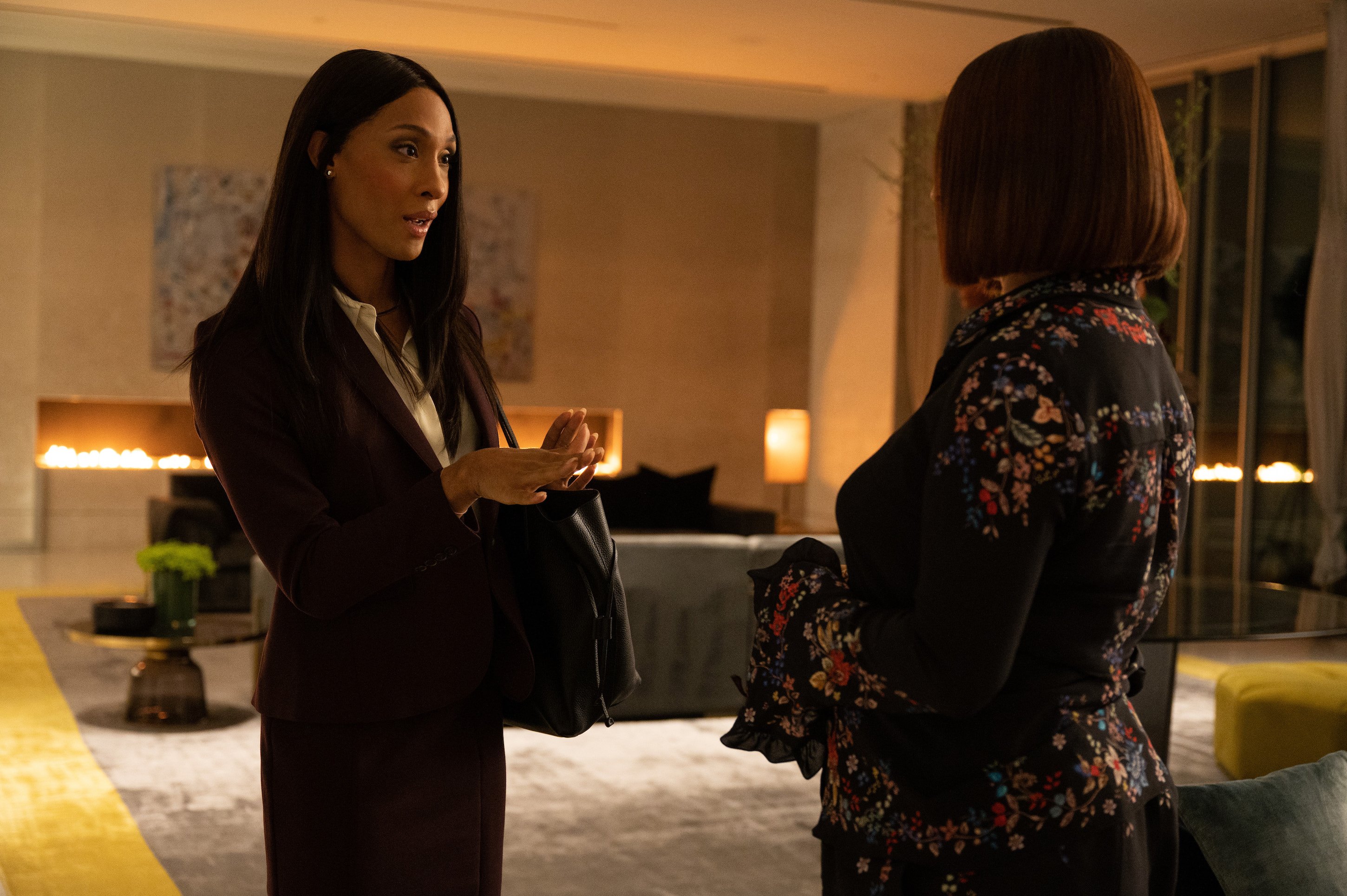 The combination of all these elements is a show that feels like a mismatched combination of series creators Alan Yang and Matt Hubbard’s two previous TV efforts. “Loot” is striving for the existential, woman-on-a-personal journey depth of “Forever” (a Prime Video show that also starred Rudolph) funneled through that prism of office eccentrics that formed such a solid base for “Parks and Recreation” (where the pair were both writers).

“Loot” captures the energy of both in fits and starts. Molly’s romantic roller coaster is a major throughline of this opening season, but the operatic divorce stuff feels goofy compared to the handful of genuine moments of connection peppered in the opening half. The boardroom scenes at the foundation office occasionally have some crackle, but it’s usually when there’s some actual momentum and it’s not pausing as an excuse for a parade of neatly-delivered punchlines. (The constant exception to this is Funches, who finds the perfect level of enthusiasm in Howard that lets him be broad when the moment calls for it and sincere when the show desperately needs it. Anyone familiar with his voice work in shows like “Harley Quinn” and “Final Space” knows he’s equally strong in both modes.)

The biggest anchor weighing down “Loot” is that Molly’s life has made her so unmoored from reality that it’s hard for anything in her orbit to feel other than cartoonish. To some extent, by season’s end, that’s baked into the premise of the show. But it makes that swivel between name-dropping opulence and personal-level human relationships feel so much less organic. With that seesawing between the two, it’s also difficult to see “Loot” following a natural progression. Aside from the season premiere and finale, the other eight episodes feel more like a collection of wacky setups rather than anything cohesive tying this team together. In a different context, in a show more suited to network rhythms or a more explicit “financial adventure of the week” approach, that disposable nature would make more sense. Here, when there’s a constant underlying insistence that this group of well-intentioned oddballs are actually making a difference, it feels like this group could be doing anything — art gallery management, agriculture industry communications, any of John’s shadowy tech ventures — and the show wouldn’t change much. 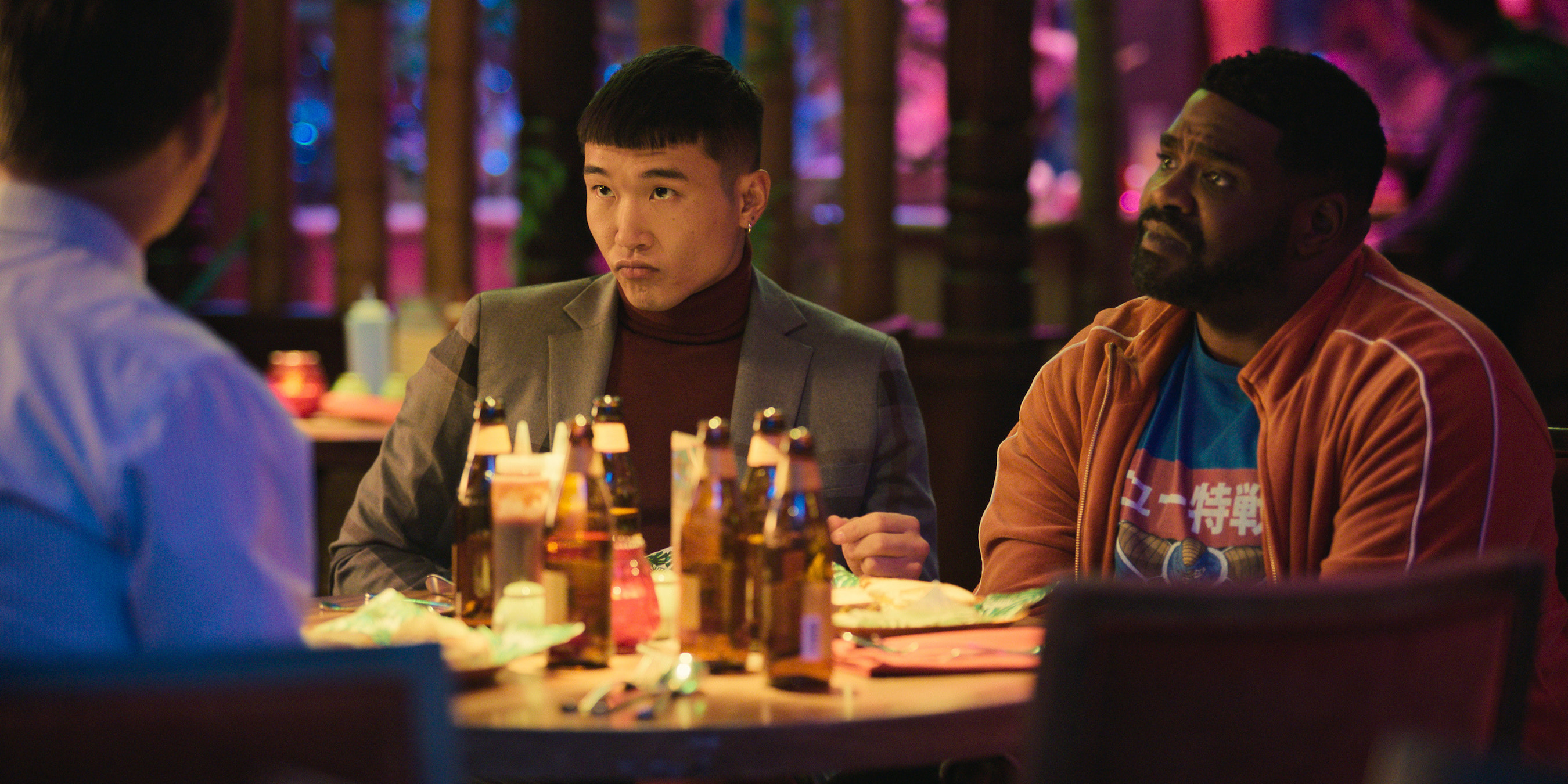 With all of these episode-by-episode swings, Molly gets lost in the process. Rudolph has some unsurprisingly fantastic moments here, particularly when the show calls for her to riff on being in a compromised situation. But as written, when Molly teeters between attentive friend and flippant boss and thoughtful ally and aloof financier, it’s listlessness that comes across rather than depth.

All of the allusions to Molly’s wealth (aside from a pretty solid execution of a “candy room”) work better as jokes than actual locations. This is a show that gets just as much comedic mileage out of just referring to a yacht as it does going through the trouble of staging an entire sequence on a yacht. Watching Molly as the well-dressed fish out of water enter this preexisting office world only invites the idea of what “Loot” would look like if the show was structured in the opposite direction. If some of that same effort went into building out Howard’s life away from the office as more than just a puppy dog boyfriend or invested in giving Rodriguez a genuine chance to bring even more to Sofia than she already does here, “Loot” would be much better for it. Instead, it’s an opening credits sequence built around jet-setting extravagance and stacks of cash, with champagne and friendship getting an equal amount of attention in the half-hours that follow.

In that way, this comedy ends up proving points about the outsized influence that people with wealth exert on the world around them, but not always for the reasons it sets out to do. Part of that stems from the overall look of the show. In directing a decent chunk of the season, Yang definitely gets across a sense of scale in Molly’s everyday. But there’s a residual slick sheen that follows Molly around even when she’s not at a continent-hopping outing with her chosen social group. Trying to wedge the elevated, stagey banter of a network single-cam into a show that borrows heavily from a shiny Apple TV+ in-house aesthetic only invites more dissonance than it’s worth. The result is a show as stuck between worlds as Molly is.