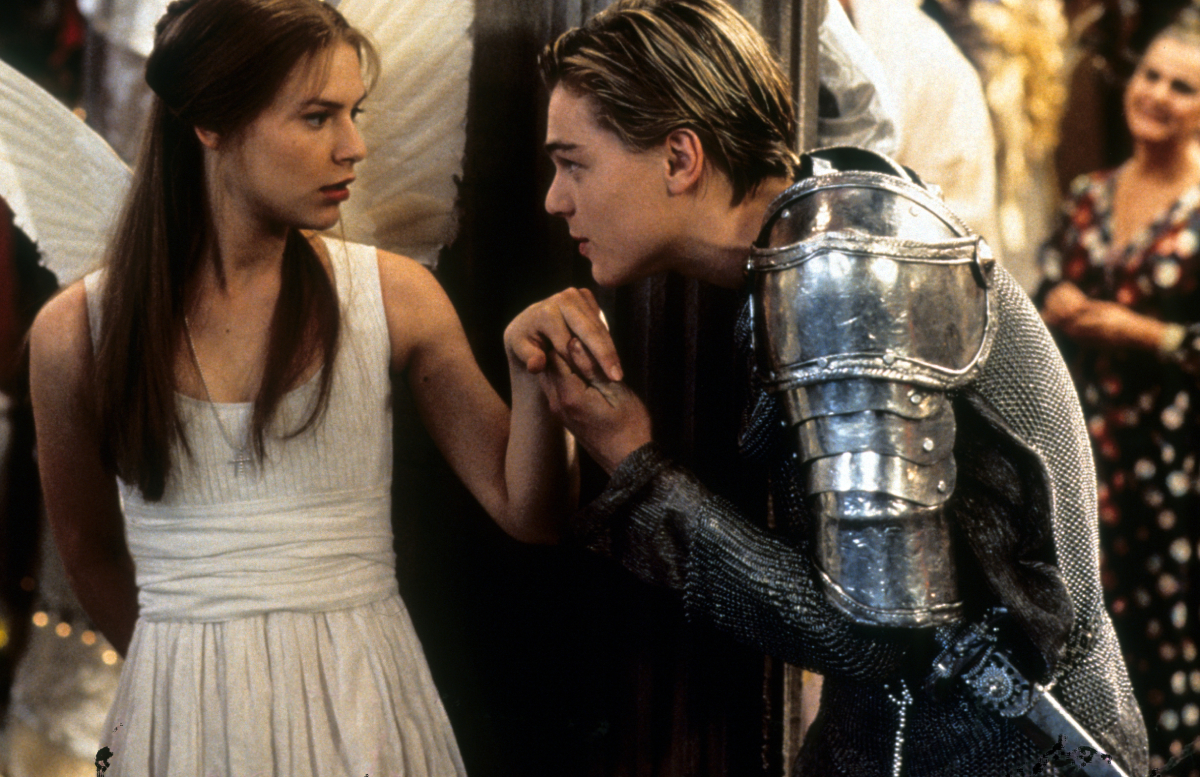 Leonardo DiCaprio starred as Romeo in Baz Luhrmann’s interpretation of Romeo + Juliet, which hit theaters 25 years ago. Even though it was early in his career — and he was only 21 at the time — DiCaprio had a lot of input into Luhrmann’s modern retelling of the Shakespearean story. He even stopped the director from making one major mistake on the set.

In a rare candid interview back in 1997, DiCaprio opened up about his experience filming Romeo + Juliet. He also explained how he got involved in the project. The future Oscar winner told Vice iD for their Desirable Issue that Luhrmann initially gave him a script. But he wasn’t interested in doing a traditional version of the Shakespearean story.

“Then I went out to Australia to do a workshop with him and he told me about the new ideas he wanted to bring to the movie,” DiCaprio explained.

“A lot of the religious themes, the cars, the guns instead of the swords and a lot of the elaborate costumes. I wasn’t sure then how it would all work out. I have to say, the first time I knew it was working was the first day of work. It actually seemed more natural, more ‘meant to be’ than a traditional version.”

Romeo was a ‘hopeless romantic’ when he met Juliet

It may have been early in his career, but DiCaprio was already drawn to darker characters. He agreed to play Romeo even though everyone sees him as “some fluffy romantic type.”

But as he did his research on the character, DiCaprio discovered that Romeo took a huge risk when he met Juliet.

“You sort of realize that he was a hopeless romantic and then he meets Juliet. And Juliet says, ‘Alright look, if you’ve got any real balls you should marry me now and risk everything,’” DiCaprio explained.

DiCaprio had a lot of input with Luhrmann on the set of Romeo + Juliet. He even stopped the director from making a major mistake with the tone of the film. The actor says that initially, Luhrmann wanted the characters moving around on rollerblades. But, that didn’t fit in with DiCaprio’s vision for the film.

“At the beginning when we were just starting out, he wanted to make a lot of the characters go around on rollerblades and I quickly said no,” DiCaprio revealed. “He wanted guns for a while but then he wasn’t sure. I thought it needed a bit of a darker tone to it and he agreed, so he sort of went in that direction. So thank God I got to be a part of it and get my two cents in at the beginning of everything.”

From Luhrmann’s perspective, the Australian director didn’t know who DiCaprio was when he was casting Romeo + Juliet in the mid-1990s. He says that when he first saw the young actor, he thought “that’s how he should look, but can he act?”

“Then I found out he was the preeminent young actor,” Luhrmann told Elvis Duran reported Grazia Daily. “‘He came down to Australia and he brought all these friends and we made a whole video of the show with other actors. I won’t say who, it will never be seen, I realized that I couldn’t make it without him.”

The future Oscar winner took his time when accepting a role

Luhrmann also noted that DiCaprio was not quick to accept the part of Romeo, but he explained that “Leo is never easy about deciding to do anything.” The director admires DiCaprio for that because he doesn’t take acting lightly.

More than a decade later — when Luhrmann wanted DiCaprio to star in his version of The Great Gatsby — DiCaprio still took his time to mull it over.

“He doesn’t make those decisions lightly, and he put me through the hoops in a really good way,” Luhrmann said of casting DiCaprio in The Great Gatsby. “It really was about working with Leonardo again and we were always trying to think of something to do and I had to wear him down.”

Kim Kardashian Spent Her Birthday Being Trolled By Her Kids