LAUREN Goodger has hit back at a fan who accused her of wearing a waist trainer and "promoting weight loss" while pregnant.

The 34-year-old was hosting a Q&A on her Instagram stories when the follower lashed out about her previous use of the products. 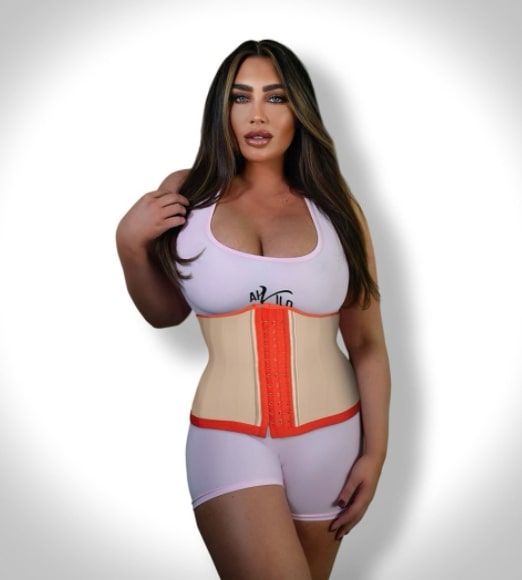 Mum-to-be Lauren, who announced she was pregnant last week with boyfriend Charles Drury, hit back, telling fans she "wasn't pregnant" at the time.

"Why was you promoting weight loss products and wearing a waist trainer while pregnant?" the follower submitted to the Q&A.

Lauren was quick to hit back at the false information: "If you look at the photo and read the caption, I wasn't pregnant."

The reality star included the original snap, in which she was promoting a wight-loss drink, writing: "My body goals for 2022." 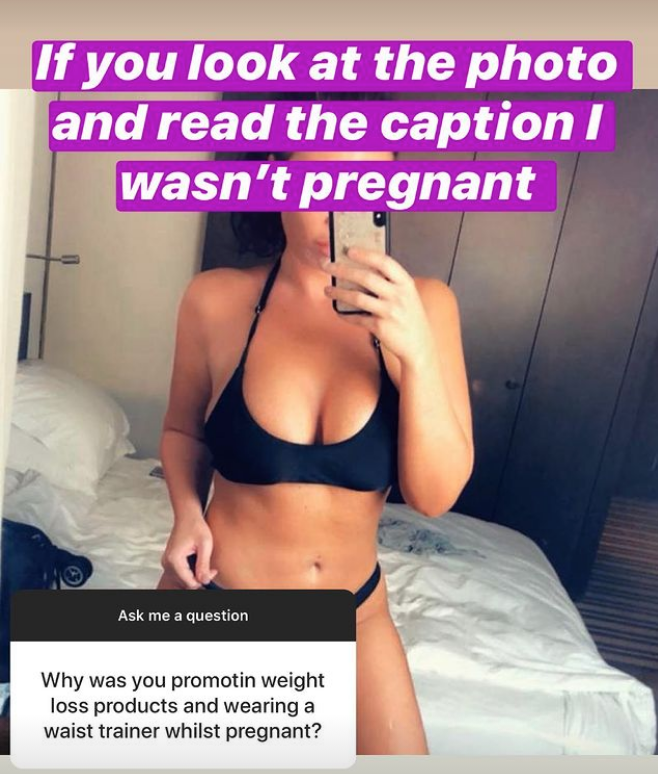 Just days before, and on the same day as announcing her pregnancy, Lauren had posted a snap of her wearing a nude-coloured waist trainer.

She told fans to ensure they knew the photograph wasn't recent: "This helped me in first lockodown, picture above."

It didn't stop many followers from taking to the comments to share their upset that the pregnant star was promoting weight loss despite her baby news.

"Pregnant but advertising waist trainers and a weight loss supplement – so irresponsible," wrote one woman. 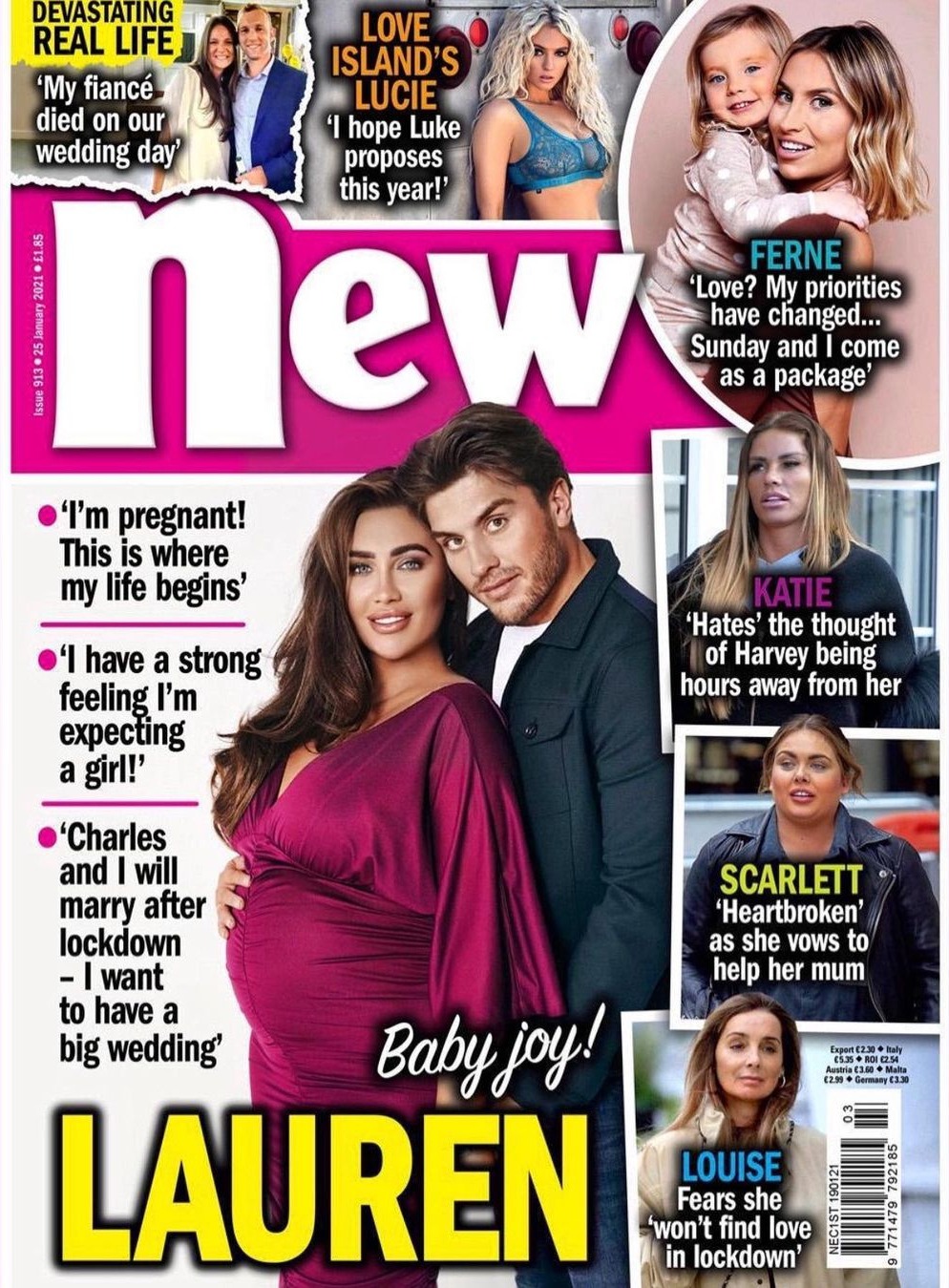 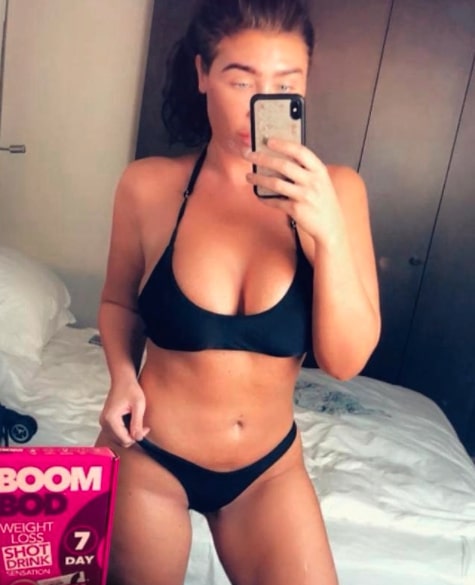 "Really not a good thing to be advertising when you’re pregnant. All it takes is one gullible mother to try it for the damage to be irreversible," added another.

While a third agreed: "As an expectant mum, what you are doing is incredibly damaging physically and emotionally to those pre and post natal."

"You have pregnant women asking you if this is safe to use because you are pregnant and it certainly is not. You have a duty of care to people that ‘look up’ to you. Disgusting," concluded one mum.

The comments haven't dampened Lauren's pregnancy spirits, as she revealed to fans her little one is due in July 2021. 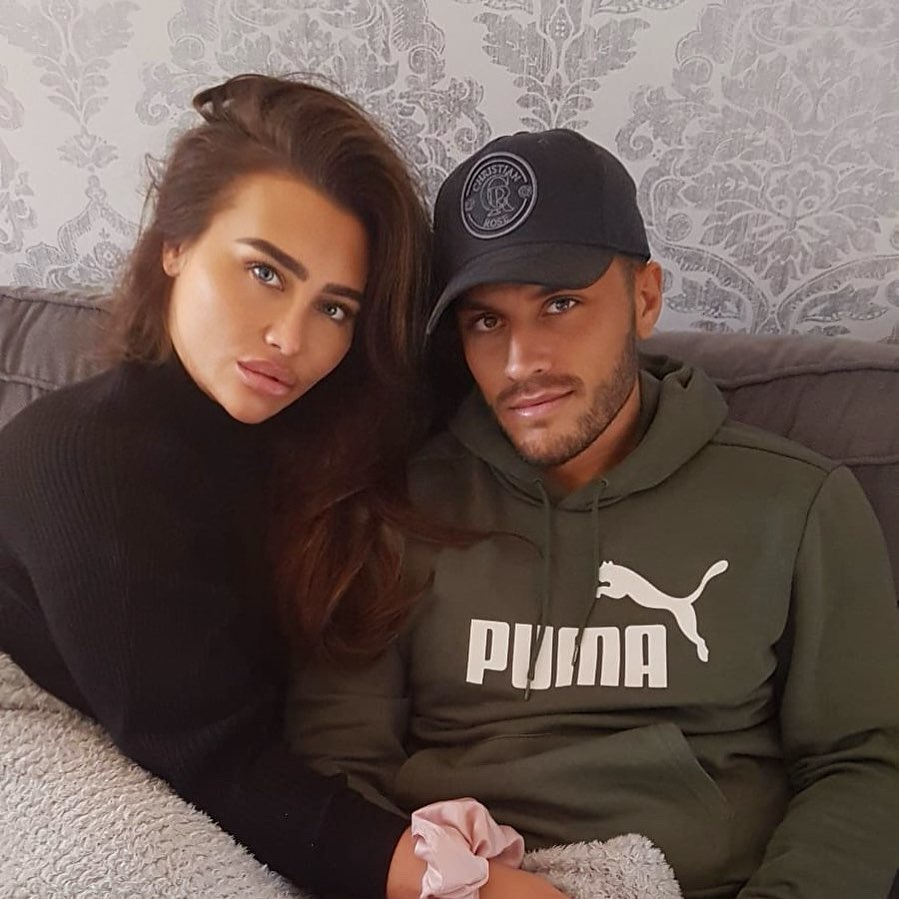 She told fans that she is currently 18 weeks pregnant, and that boyfriend Charles, 23, couldn't believe she'd had a positive test when she first told him.

She told New magazine: "I was in bed not well with a cold and I was meant to come on that day and I’m always quite regular.

"We went and bought a test from a bargain shop and I did it – I couldn’t believe it! I rang him and he was like: 'You’re lying, you’re joking.'

"He didn’t believe the test! I did a digital one as well and he walked around with it in his bag for about three days."

Lauren and Charles, who dated Katie Price in 2019, have enjoyed a whirlwind romance, with the beauty moving him into her Essex home after just three weeks of dating.

The pair had also already said "I love you" by that point, with a source telling The Sun at the time: "Charles has moved into her Essex home and they're really loved up.

"She's head over heels for him – friends can't believe how fast she's fallen for him. Everyone's hoping she's finally found The One."