KOURTNEY Kardashian and Travis Barker were ripped as “embarrassing and crass.”

The backlash comes after the couple posted a photo hinting that they just had sex. 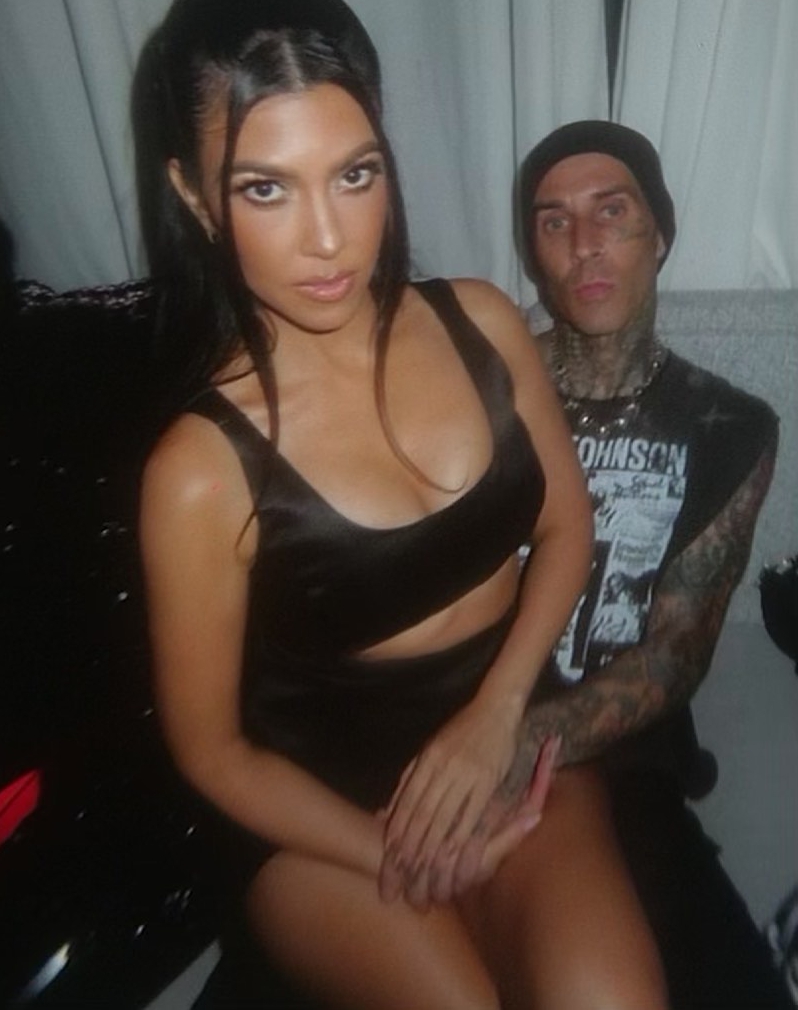 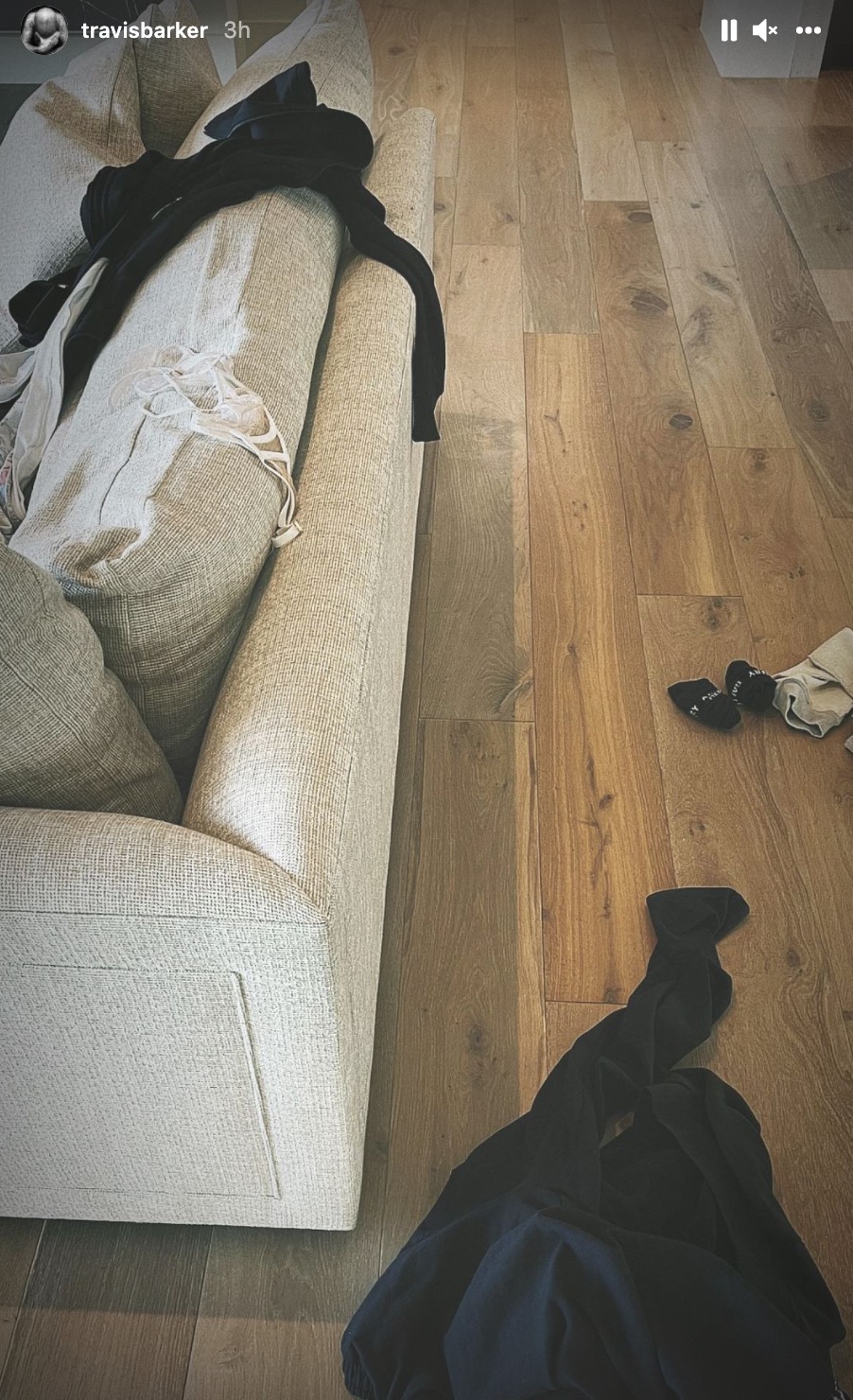 Travis, 45, took to his Instagram Story on Saturday to share a photo of his and Kourtney’s clothes thrown on the ground and on a couch.

While a black shirt was spread out on the floor, a tiny pair of white underwear appeared to be placed on the couch.

Shortly after the drummer posted the photo, fans rushed to Reddit to slam the couple for sharing the suggestive post.

One Keeping Up With the Kardashians fan shared the post as they named the thread: “We get it, you guys love to f*ck.”

Many fans agreed that the photo wasn’t necessary, as one person commented: “That is just so immature and crass.”

Another added: “This is extremely weird and inappropriate. They’re always wanting privacy but yet here is Travis giving out pictures of very intimate moments. No one needs to see this.”

A third chimed in: “The level of cringe is through the roof.”

One Reddit user called the photo “gross,” as another called it “so embarrassing.”

The backlash continued as a following fan added: “F**king weird. You both have kids but yeah post a photo indicating you literally just f**ked. Weird affffffff."

Fans slammed Travis for acting like a“15yo wanting to prove he’s sexually active,” while another fan accused Kourtney, 42, and her boyfriends of “shoving their relationship down our throats.”

Others said the suggestive post seemed insincere, as one fan commented: “This is way too much. Why can’t they do all this stuff without sharing it w the world?

"If anything it makes me question/doubt their relationship more like why so insecure, what are you trying to prove, why do you have to post this.”

BUN IN THE OVEN?

Travis shared the photo as fans continue to speculate that the KUWTK star is pregnant.

The reality star fueled rumors when she and Megan Fox referred to their boyfriends Travis and Machine Gun Kelly, 32, as their “future baby daddies" while attending the MTV VMAs in August

Kourtney continued to fuel baby rumors by documenting herself receiving a delivery from Buy Buy Baby.

The speculation began when Kourtney previously shared a post about gaining weight "not because of food," while fans have also noticed she's been wearing loose clothes, given up eating meat and fish, and stopped drinking alcohol.

Additionally, fans will likely find it suspicious that the TV personality recently opted to wear a blonde wig instead of dying her hair.

Meanwhile, Travis is the father to kids Alabama, 15, and Landon, 17, with ex-wife Shanna Moakler. 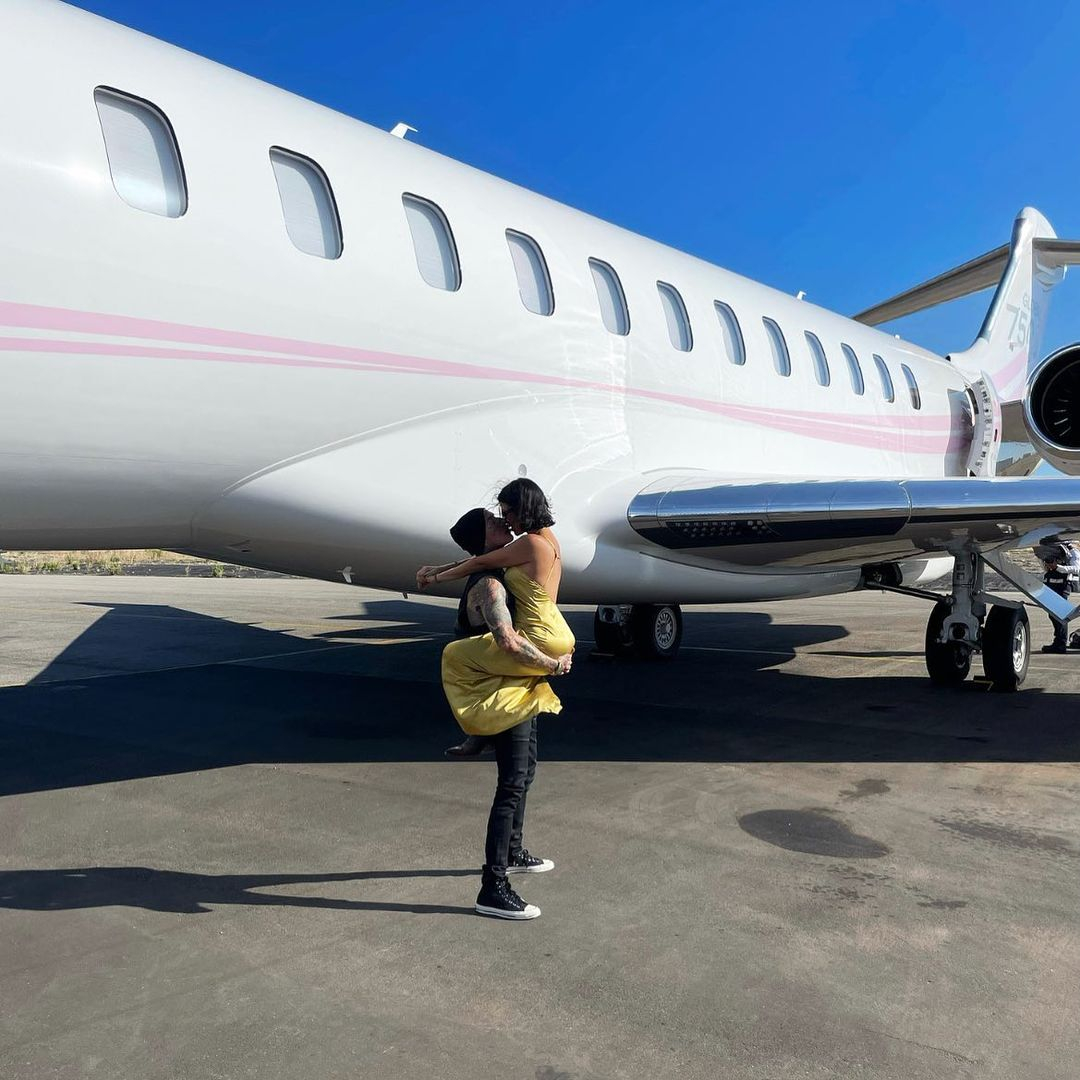 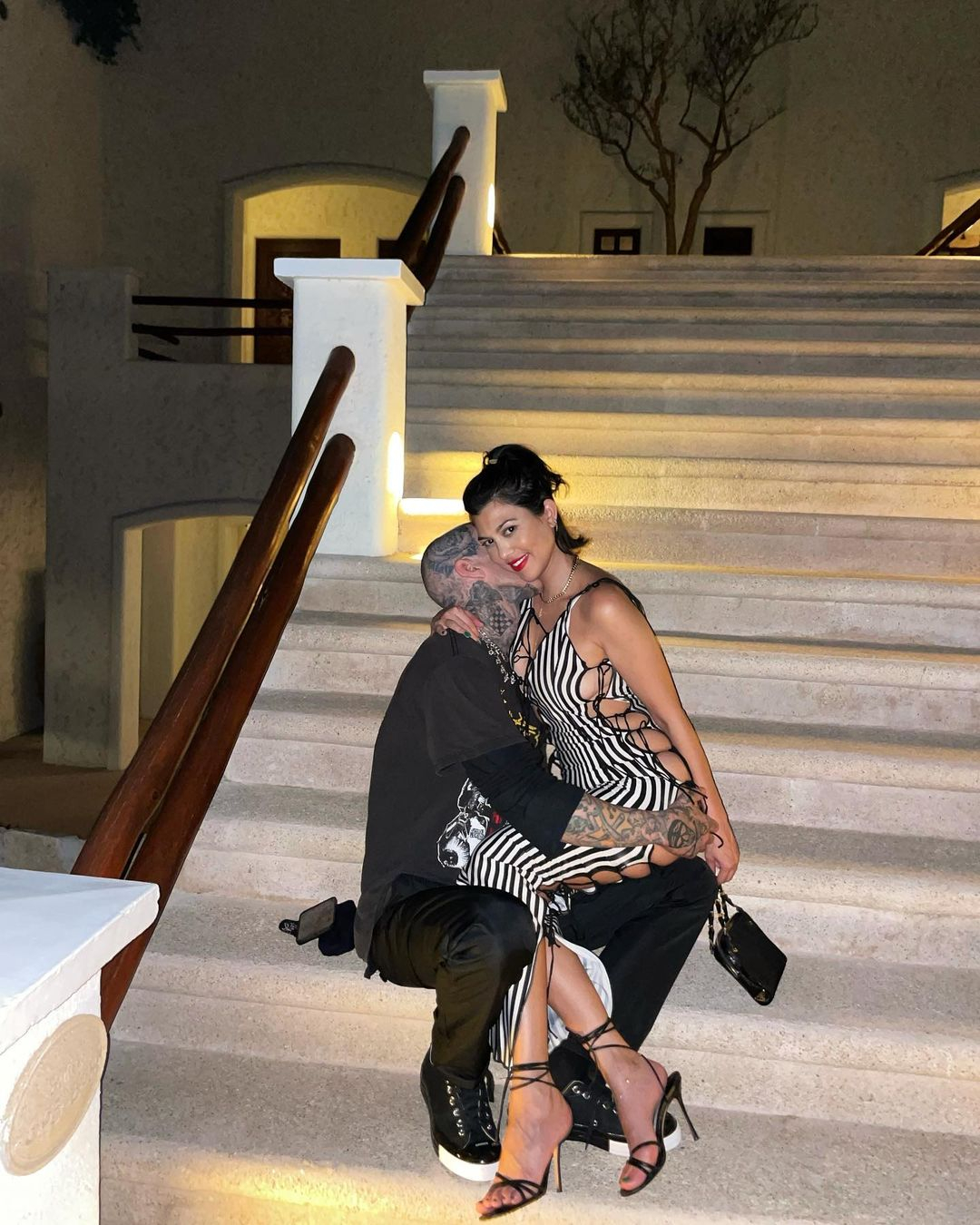