Knightfall returned for a second season last week as Landry du Lauzon (played by Tom Cullen) deals with the fallout of his dangerous affair with Queen Joan of France and Navarre (Olivia Ross).

King Philip IV of France (Ed Stoppard) has set his sights on revenge after Landry’s affair with his wife but viewers will also discover King Philip has a few other concerns.

Knightfall star Clementine has spoken out on one particular deleted scene in an exclusive interview with Express.co.uk.

Discussing the difficulties she had with the period costumes, she remarked: “It’s so hard to walk around in! I had a scene where I had to walk down a corridor and I tripped five times in one walk, I was like ‘How the hell?’

“You had to kick your legs forward so you weren’t tripping up on it and they ironically couldn’t use it because I genuinely couldn’t walk.

“It was just a really long corridor and I was trying to hustle down trying to keep a straight face and constantly tripping up.

When asked what attracted her to the role, she revealed: “She’s so pure and I thought there must be more to her, she’s very strong and has a real sense of right and wrong.

“She has this amazing relationship with her husband and they’re struggling to have children and consequently down the line Louis struggles with what he’s doing, his father is evil and I’m good and he’s torn between the two. 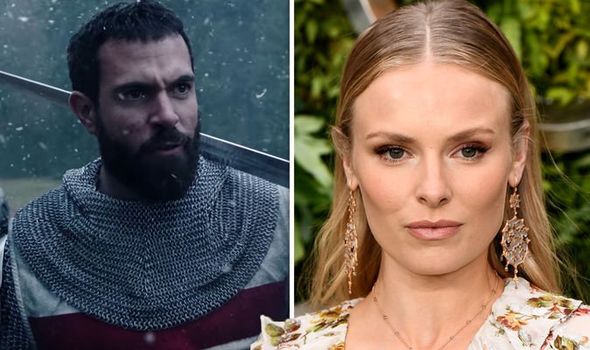 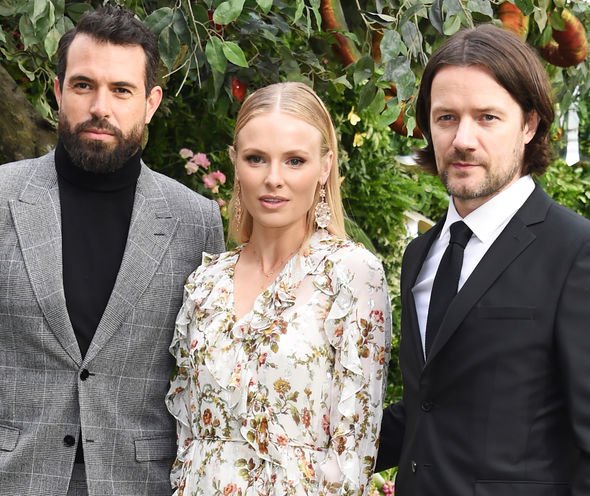 “Louis is painted as a villain and as the season goes along there’s a darker side she didn’t expect which is heartbreaking for her.”

Discussing how she prepared for her role, Clementine has spoken out on what it’s like to star in a historical drama.

“I loved it!,” she continued. “You do have these nuggets of information but there isn’t too much known about her so I got to play around.

“With the writers we created this multi-dimensional layered character.

“She’s struggling to have a child, she has a husband who’s never there, it’s real. Knightfall is great with themes that are relatable in the 21st century.”

Meanwhile Landry star Tom has hinted that King Philip may take the ultimate revenge in the new season. 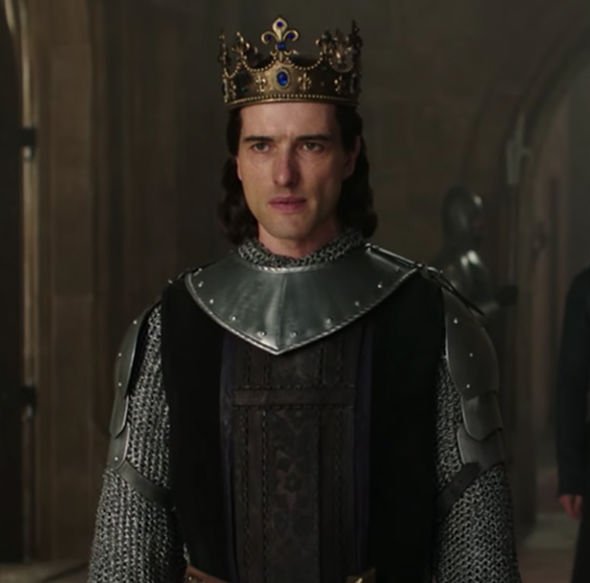 Ahead of the season two launch, Tom opened up on what fans can expect from Laundry as he deals with the dramatic death of Queen Joan.

“I love a good redemption story and the writers have done an amazing job of deconstructing and rebuilding Landry in season two,” he remarked.

“Season two is essentially a redemption ark for Landry he is paying the price for his transgressions of season one.

“When season two starts he is at his lowest ebb and feels like he is toxic but he has this daughter which is the one thing that is keeping him alive.”

Could Landry ’s past finally catch up with him as the King takes his revenge?

We Tried Trapeze Flying, Zip Lining, And Skydiving To See Which Was Best
Recent Posts