KIMBERLEY Garner was in a cheeky mood on the red carpet at the Cannes Film Festival today.

The former Made In Chelsea star and swimwear designer ensured all eyes were on her as she walked the famous runway in a very daring dress. 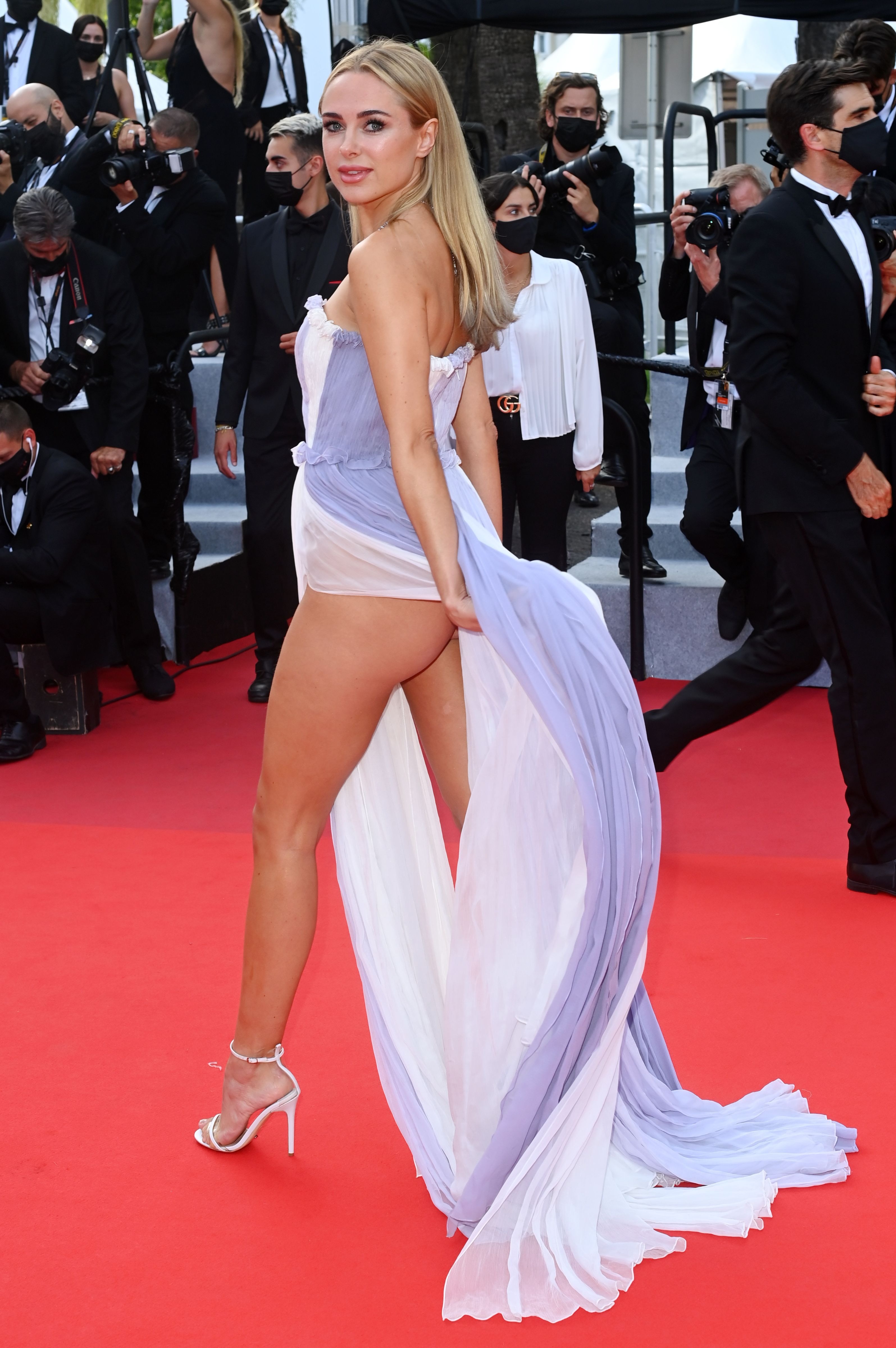 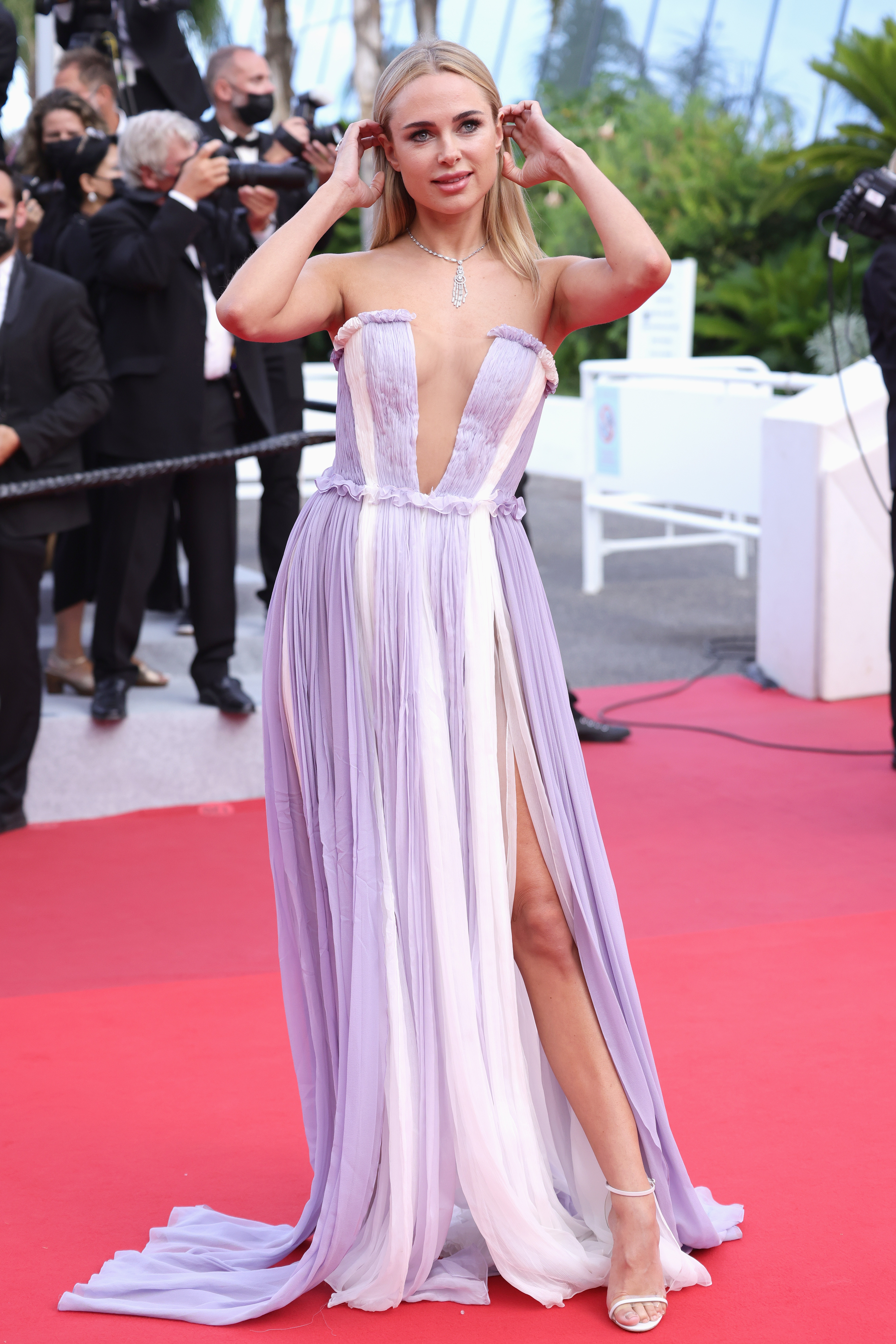 With a plunging neckline and thigh-high splits on both sides,Kimberley revealed plenty of her athletic figure.

The lilac and white frock was paired with white stilettos for the screening of France.

Kimberley is making the most of the prestigious event on the French Riviera.

She rocked a a glittering gold number earlier in the week which impressed her fans.

The dress was so big she struggled fitting its train in the back of her luxury car.

The ex reality star has been staying at the exclusive Hôtel du Cap-Eden-Roc and has made the most of its beautiful coastal setting.

Enjoying her down time, she went for a dip in the Med wearing a bright yellow bikini from her range as. 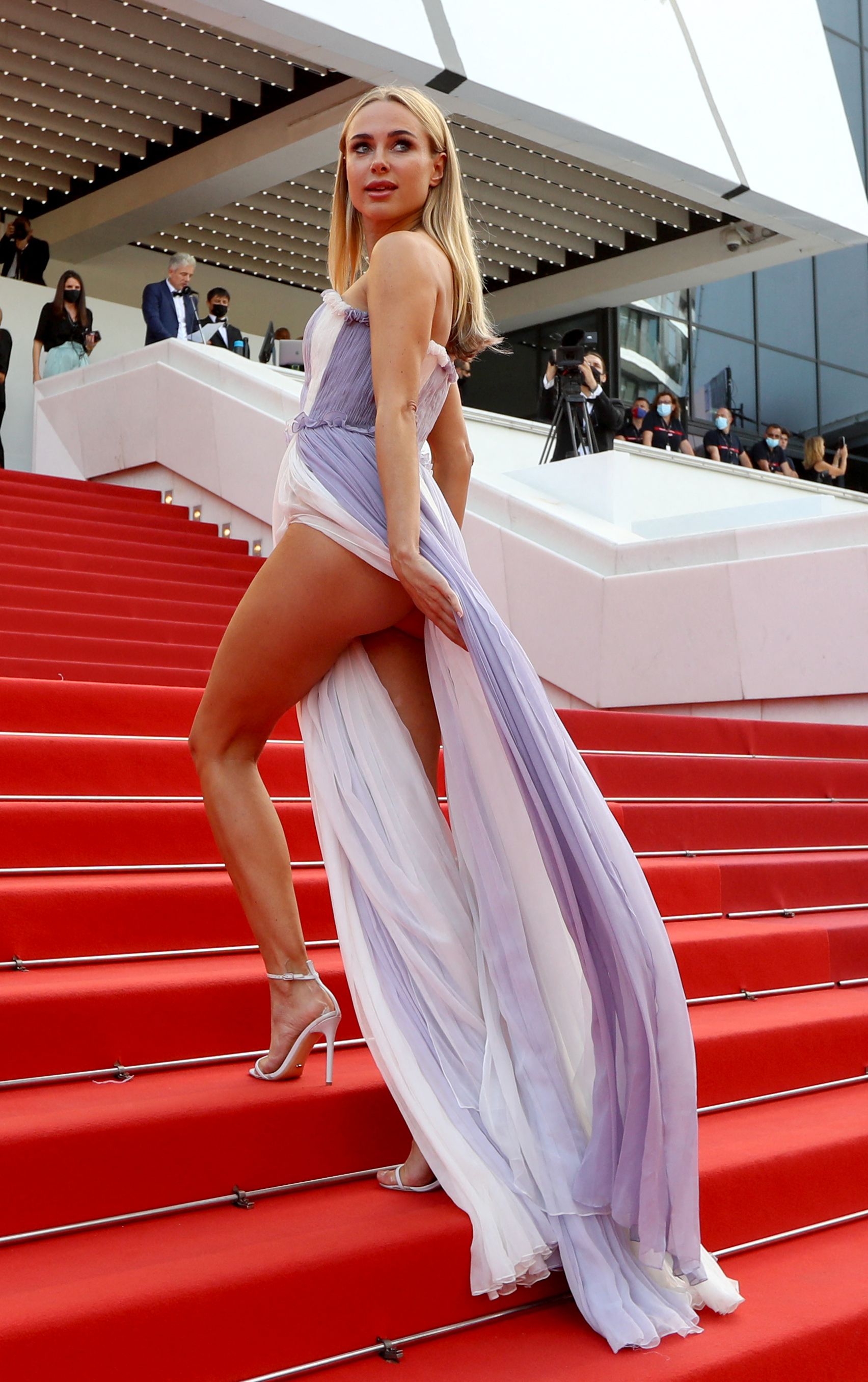 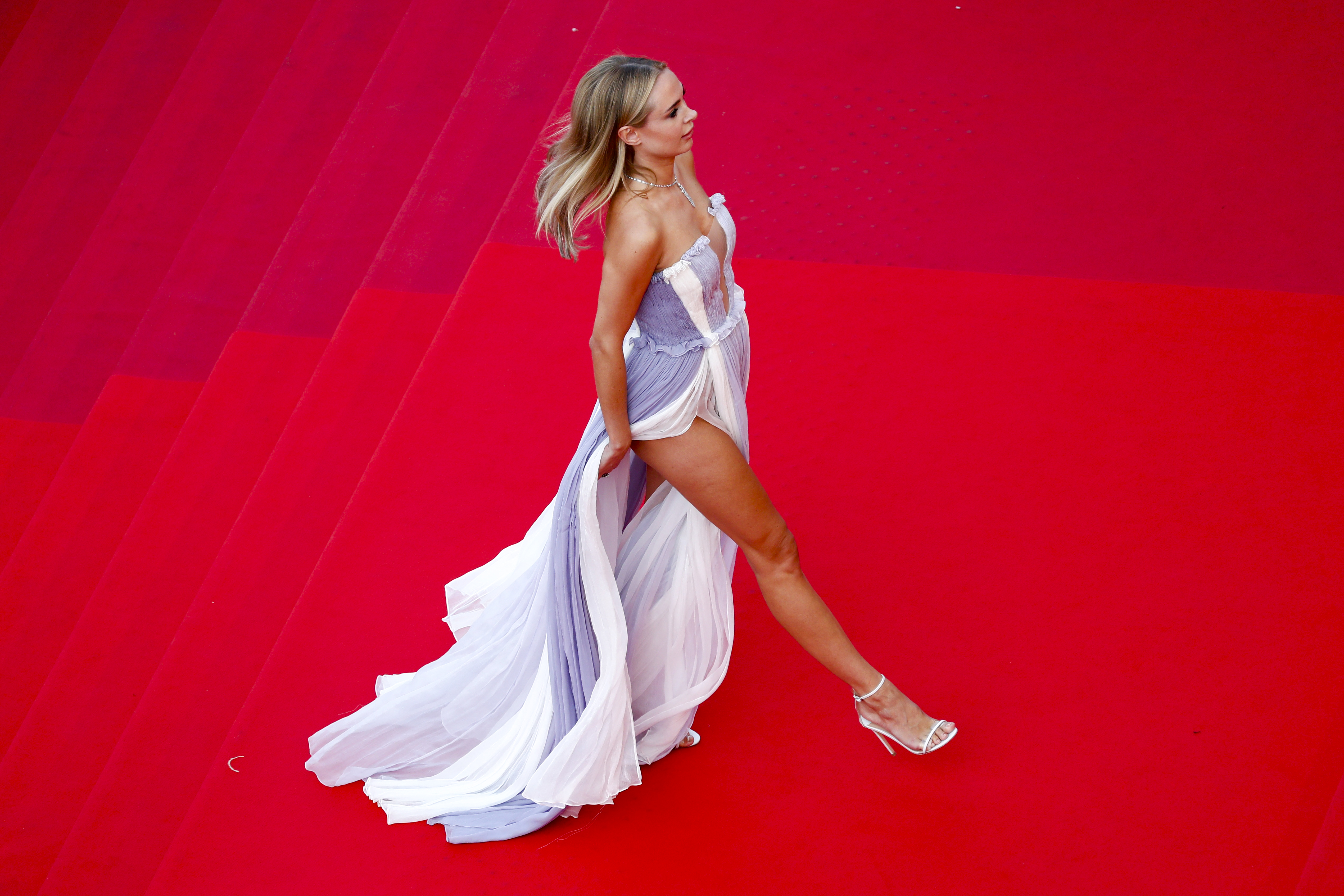 Whats Going On With Darcey Silvas Engagement To Georgi Rusev?