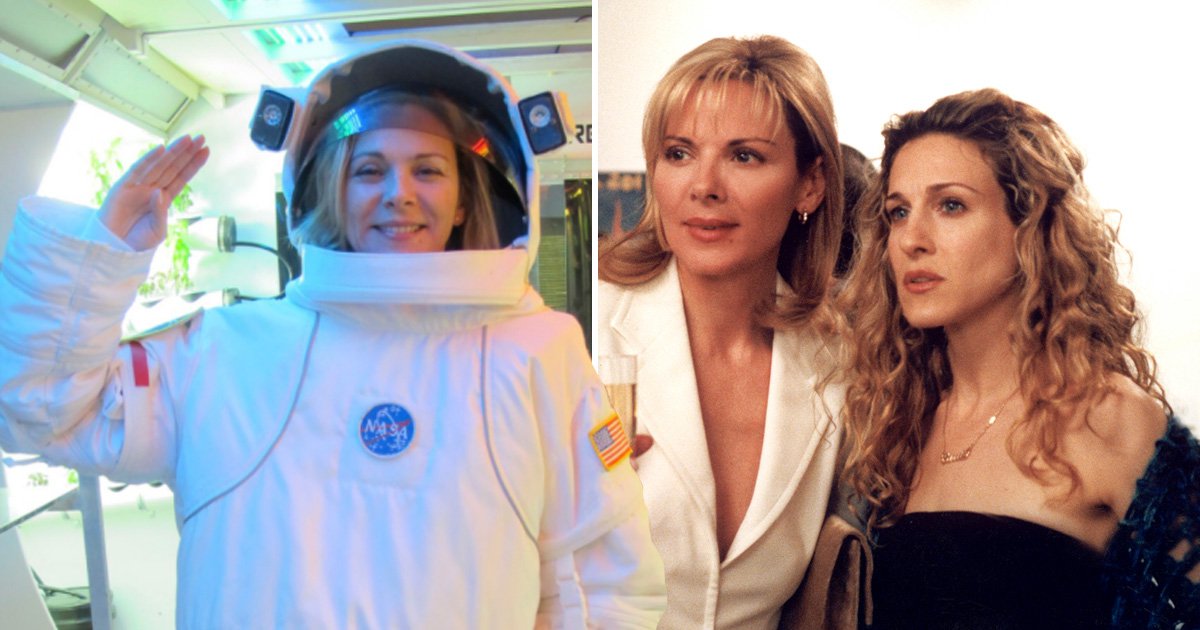 Kim Cattrall has mocked her controversial absence from the Sex and The City reboot following her very public fall out with Sarah Jessica Parker.

The 64-year-old played seductive PR guru Samantha Jones for six series and two films, but won’t be joining Parker, Kristin Davis or Cynthia Nixon in the upcoming revival, And Just Like That which kicked off production last week.

Poking fun at her snub, Kim joked she chose to go to space instead of the Big Apple.

Sharing an article from Slate magazine to her Instagram titled ‘the exquisite fantasy that Kim Cattrall was going to space instead of doing the Sex And The City revival’, she captioned the post: ‘Cosmo(politan)naut!’

The gag came after the Nasa Twitter account announced a mannequin would be sent to the moon over the coming months on the Artemis I mission.

When a Star Trek fan account joked that Kim – star of the 1987 movie Mannequin – was handpicked to join the mission, the actress got on board.

Kim replied with a 2013 photo of herself in a Masa suit from when she visited the US Space and Rocket centre.

While the Twitter thread was quite clearly in jest, many fans genuinely thought Kim turned down the Sex and The City reboot to go to the moon instead.

One fan wrote: ‘I’m sorry but Kim Cattrall going to motherf**king SPACE instead of doing the Sex and the City reboot is the biggest Samantha move of all time. Absolute God-tier move.’

Another duped person tweeted: ‘Kim Cattrall flying around the moon instead of joining the Sex and The City reboot is such iconic behaviour.’

Thankfully, Nasa was on hand to put the speculation to bed, posting: ‘That would be fun! We wish we could bring you and everybody else along for the ride!’

While Kim won’t be reuniting with her co-stars, Parker, David and Nixon shared a first pic of themselves as a three with the caption: ‘Together again.’

And Just Like That is expected to come to HBO Max in 2022.

Reebok's Beatnik Is Here to Take Over Summer, Again