KATIE Price has broken her self-imposed booze ban after the stress of her alleged assault and split from Carl Woods.

The glamour model, 43, went on a booze bender at the NTAs this week, The Sun On Sunday can reveal. 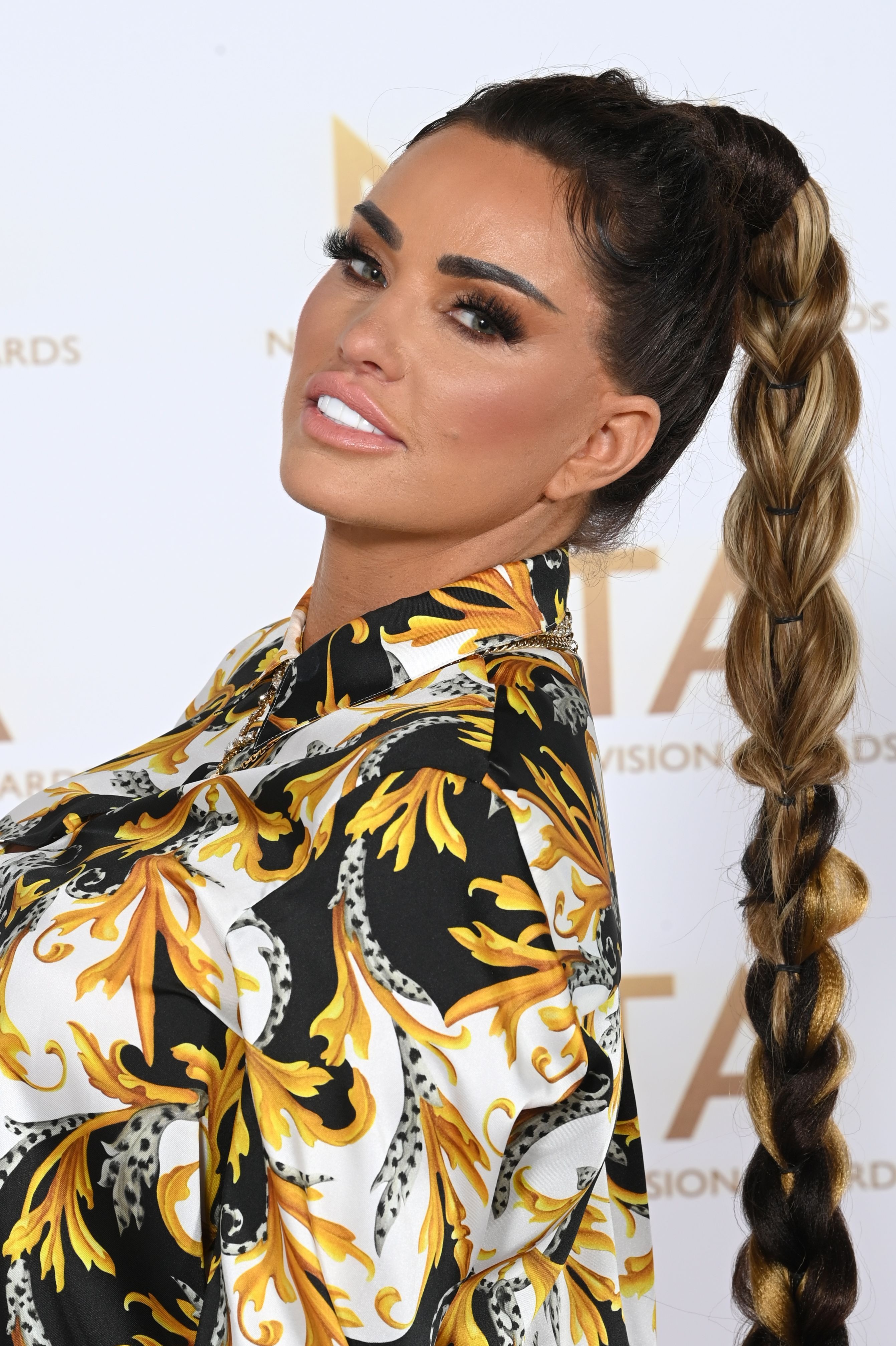 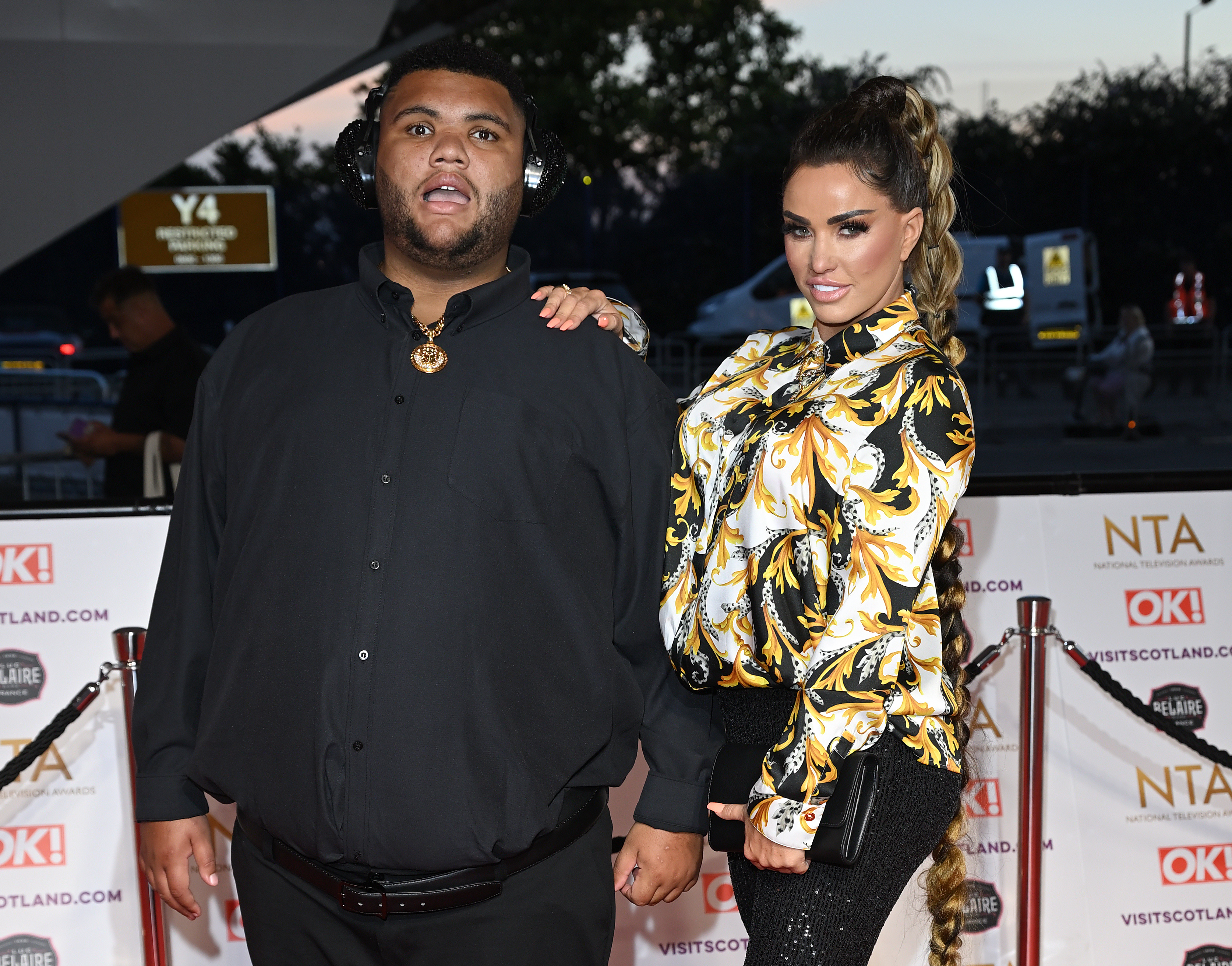 Katie and son Harvey, 19, were invited to the do at London’s O2 Arena after winning an award nomination for poignant ITV documentary Harvey and Me.

And guests alongside her at the ceremony told how the reality TV star – who had been on a booze ban – was downing white wine after walking the red carpet.

“Katie has publicly claimed to be teetotal — but she already seemed quite drunk by the time she took her seat in the auditorium.

“She was knocking back the wine and asking for vodka. She was telling people, ‘I’m single, I’ve dumped him’ and was clearly focused on moving on. They had been constantly rowing, and she said she’d had enough.

“She said she was back living at her house in West Sussex even though it wasn’t fully done up yet. But she was adamant she wouldn’t go back to his place. As far as she’s concerned, it’s over.”

Newly single Katie, who wore an eye-catching long plait, attended the awards ceremony with Harvey and her sister Sophie who walked the red carpet with her.

The trio were seated in the VIP area at the front of the arena for the event hosted by Joel Dommett and aired live on ITV. Sources said security repeatedly told off Katie for standing up.

Guests are asked to remain seated between the advertisement breaks to allow filming to run smoothly.

But Katie ignored staff requests, and was often seen on her feet, cheering and making gestures towards the award presenters and winners on the main stage.

She was spotted on camera when the Documentary Award went to Kate Garraway for her film about hubby Derek Draper’s gruelling Covid battle.

Loose Women panellist Katie was seen making a heart gesture. She was also seen flirting with several men during the evening.

Sources also told how Katie was “touchy-feely” with a businessman at the show afterparty, where she carried on drinking after Harvey had been taken home.

A source said: “The pair of them were walking around the party together, and could have easily been mistaken for a couple. They were very flirty.

“She looked very tipsy and kept leaning in to him, almost as if to kiss him.

“By that point Katie had been drinking steadily for hours, but she wasn’t showing any signs of slowing down and was drinking prosecco. She was definitely on a mission.”

The event on Thursday marked Katie’s first public appearance since The Sun revealed she had suffered an alleged attack at her home.

Speaking exclusively about the horrifying incident, she revealed she was left “in shock” after the assault, which left her with a bruised face and fractured jaw.

Police were called and a man in his 30s was arrested and remained in custody overnight.

Following the assault, Carl took to Instagram to insist that he was not responsible for Katie’s injuries, saying: “Anyone who thinks I hit Katie is completely delusional.

He went on: “I have never and never would do anything to hurt Katie.”

A spokeswoman for Katie last night declined to comment. 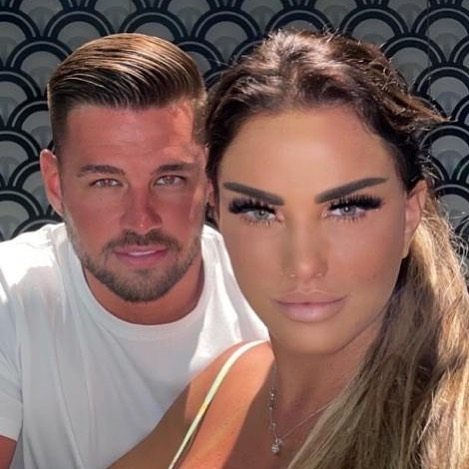