KATIE Price looks tanned and happy as she and boyfriend Carl Woods shared a sweet smooch during their “baby-making” holiday to the Maldives.

The pair enjoyed a three-week trip to the idyllic holiday spot in the Indian Ocean last month. 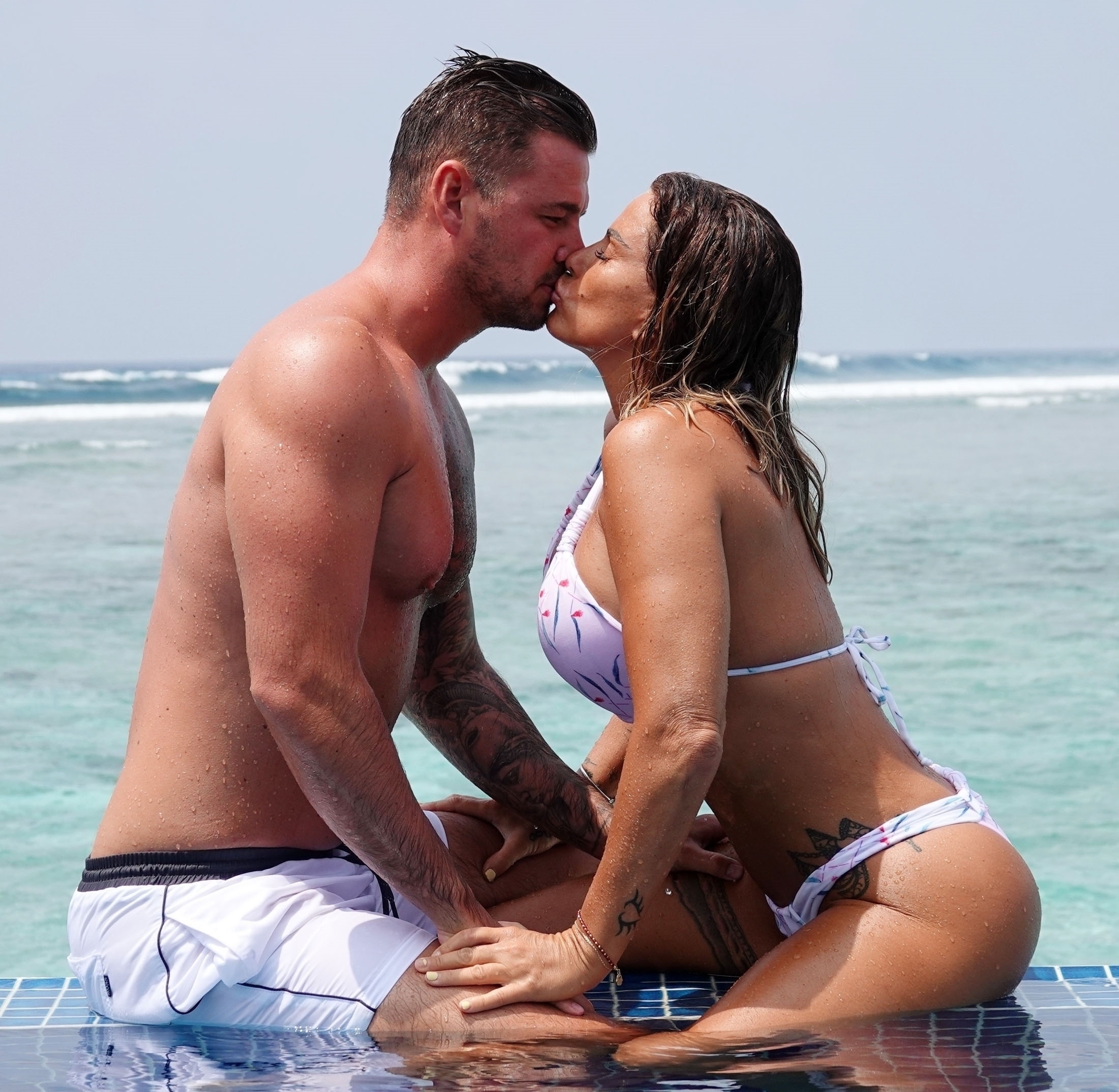 Katie, 42, had earlier told The Sun she and Carl were treating the romantic escape as a baby-making holiday as she hopes to add to her brood of five children.

And these new pictures show they could hardly keep their hands off each other.

Other new pictures from their luxury break showed them larking about in a swimming pool and seemingly falling into the water.

Before their trip Katie had been on a high-folic acid diet to boost fertility and sourced ovulation kits to improve their chances even more. 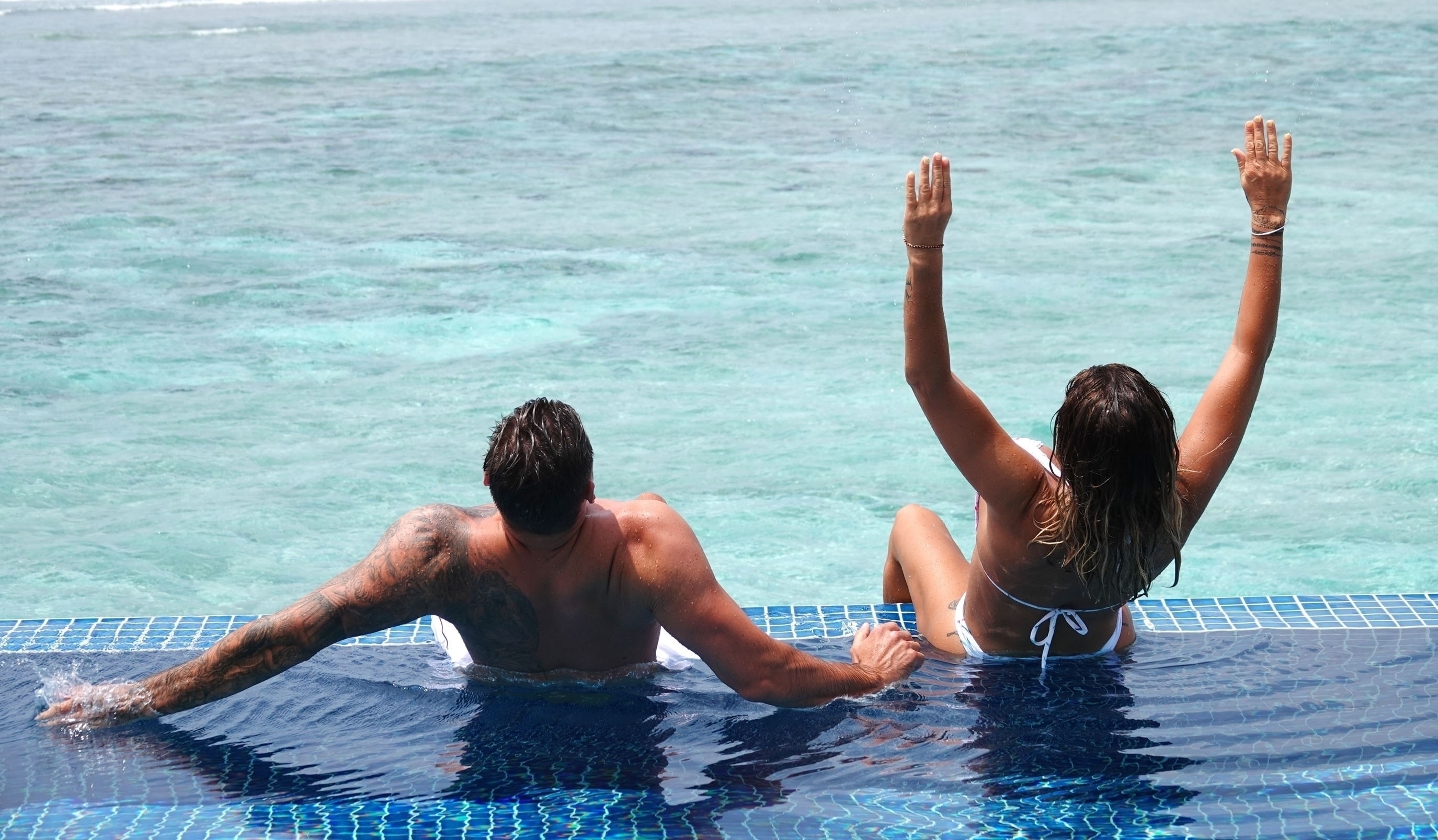 A source earlier told us: "Katie's really excited and has been telling everyone that she and Carl will spend the whole holiday 'making babies'.

"Nobody would be surprised if she returned pregnant with her sixth baby.

"She's already taking folic acid and is on a fertility diet with lots of spinach and vitamins.

"They're moving very fast, but as Katie says, she's not getting any younger." 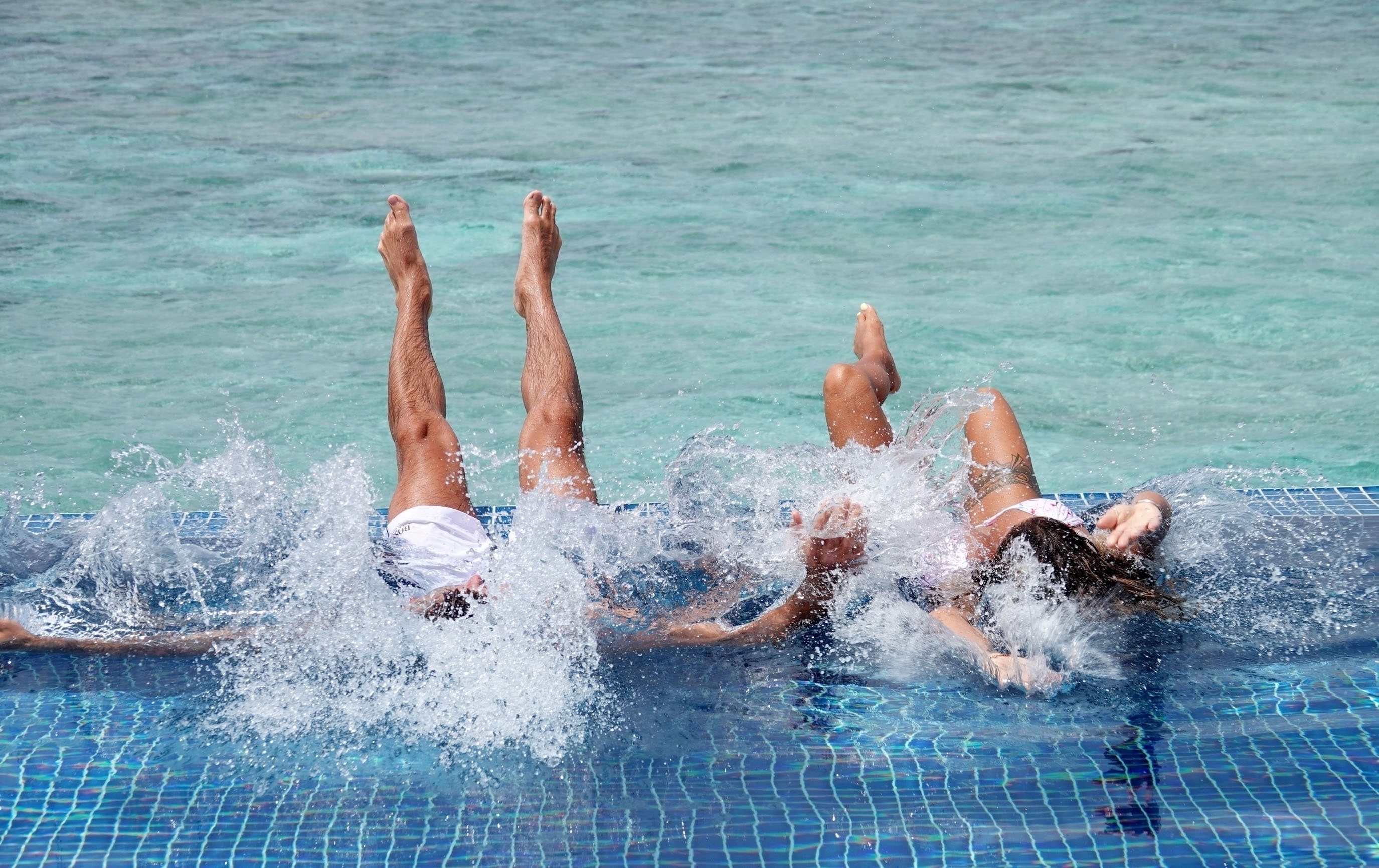 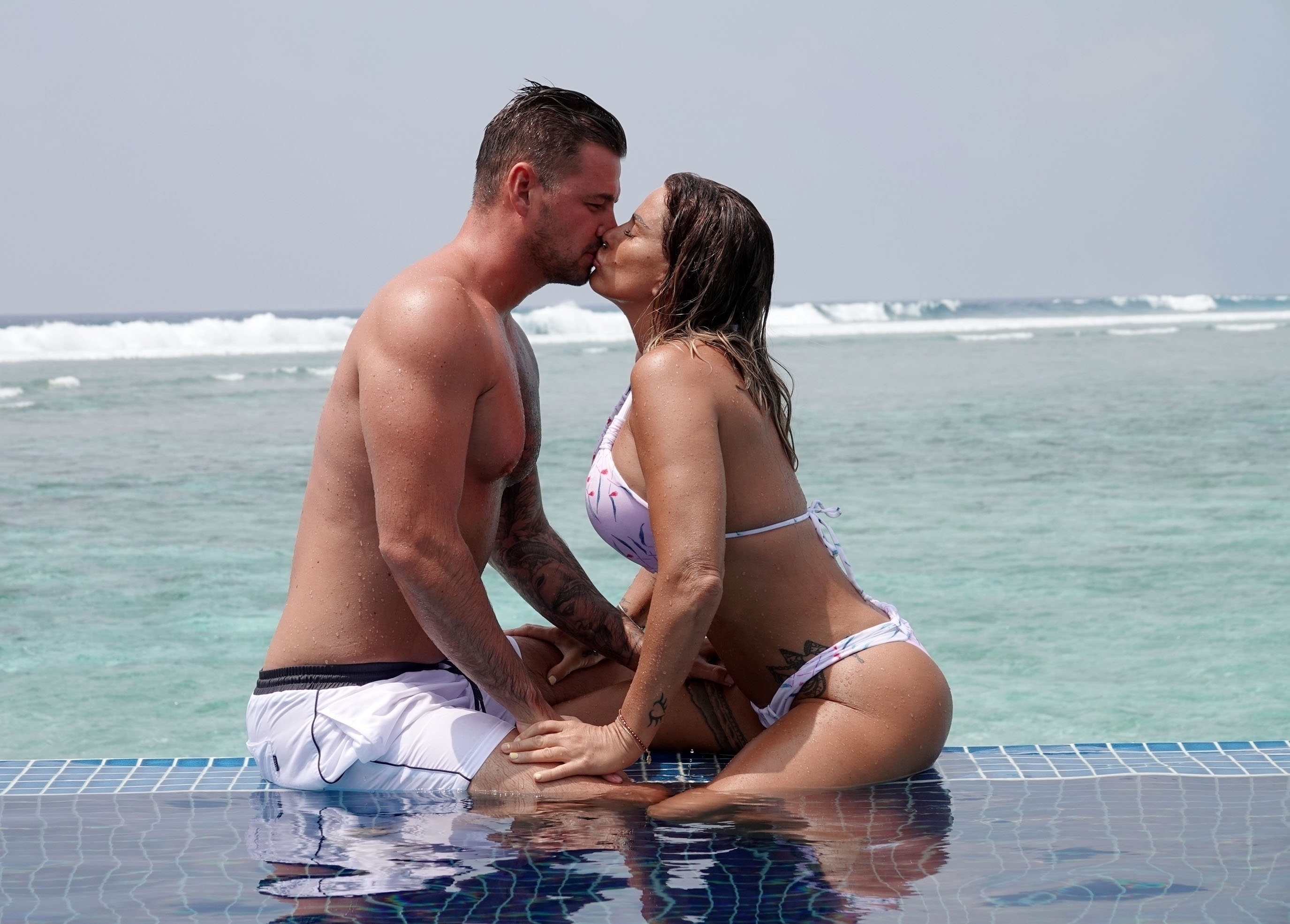 Katie’s loved-up pics come hours after she lashed out at false claims she is struggling to fall pregnant on her Instagram account.

She was furious after reports suggested they had issues and said the discussions surrounding her fertility was impacting her mental health.

The former glamour model wrote online: “This kind of absolute FAKE headline and story shows what utter b*ks @DailyMirror yet again feel they need to write to yet again try and put me down and not thinking how damaging this is to me and my #MentalHealth.

"How wrong personal information about me is allowed to be written is disgusting."

She has previously visited the Maldives with Kieran Hayler, father to Bunny and Jet, and former husband Alex Reid in 2011.

‘KUWTK’: Scott Jokes About Baby No. 4 With Kourtney Amidst Trouble With Sofia Richie In Quarantine