EXCLUSIVE: In a development that makes for as hot a package as you’ll find at the Virtual American Film Market, Marion Cotillard, Jude Law, Andrea Riseborough and Josh O’Connor will join Kate Winslet in LEE, the Ellen Kuras-directed film about the wartime experiences of Lee Miller. Miller traded a glamorous career as a Vogue cover model and muse to artists like Man Ray for a dangerous career as a WWII photographer who chronicled the fighting on the allied front lines and exposed the atrocities that Hitler’s Nazi Germany perpetrated on Jews in concentration camps. 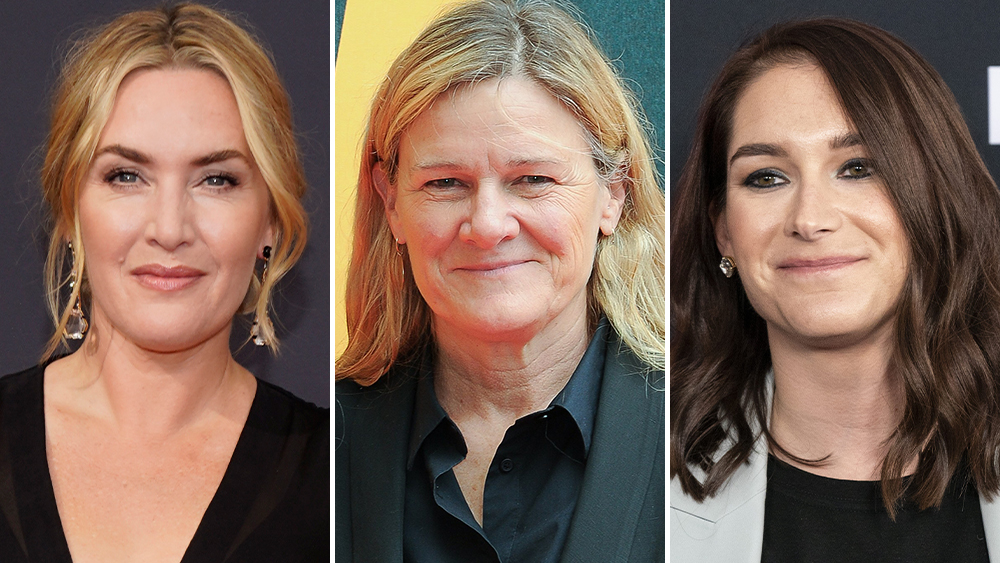 Winslet and Kuras — the cinematographer-turned-helmer whose docu The Betrayal was Oscar nominated and who is making her narrative directing debut after high profile series work — took time out to lay out for Deadline the beats of a sprawling film that touches on the power of feminism, and the denialism about war atrocities that she fought to expose in her work.

“This is absolutely not a biopic,” Winslet said. “To make a story about Lee’s whole life, that’s a series worth for HBO. What we wanted to do was find the most interesting decade in her life, the one that defined who she was and what she became because of what she went through. It was the period from 1938-1948 that took her right through the war and her most defining time. That is the story we want people to know about Lee more than the many other parts of her life.”

Winslet, fresh from her second Emmy for her turn as the title character in the HBO miniseries Mare of Easttown, has been working with Kuras (who was cinematographer on the Winslet pic Eternal Sunshine of the Spotless Mind) and screenwriter Liz Hannah for some time to get the right handle on the film. They’ve got that now. They will begin prep in spring for a late summer or early fall start in Eastern Europe and London. Finola Dwyer, Troy Lum and Hopscotch Features’ Andrew Mason are producing with Winslet. Hannah will be exec producer. Rocket Science is exec producing and selling international while CAA Media Finance and UTA Independent Film Group will broker the domestic deal. The composer is Alexandre Desplat, costume designer Michael O’Connor, cinematographer Pavel Edelman and makeup and hair design head Ivana Primorac. All are Oscar winners or nominees.

“I’m surprised that a film has never been made about this incredible woman and I think the reason is her life was so vast that once you take a bite, you can’t stop chewing,” Winslet said. “She has been misunderstood and so often viewed through the lens of a man, through a male gaze because she started her life as a model and was very beautiful. When you mention Lee Miller, you might first hear Man Ray. The part of Lee, the middle aged woman, who threw herself at life, living it at full throttle because she knew it would hurt but she did it anyway, in search of the truth, that is a woman to admire. What she did, as a female photographer on the front lines during WWII, so much of what was documented was not just giving a voice to the voiceless, but it was educating people on what actually happened during the war., You have to remember, people were trying to cover it up. She had to make them believe it, because no one would. British Vogue would not print Lee’s photos of the liberation of Dachau, because it was not what the country needed. They were told that by the Ministry of Information, that it was not what the country needed at that time., Lee was a woman who refused to cover things up. And yet she did carry a secret and so whilst trying to cover up her own secret, she was determined to out as many bad people as she could, in service of giving a voice to the voiceless and being the truth seeker that she truly was. She had a powerful streak of injustice in her, which I also carry myself. She’s a woman who needs to be explored, celebrated, revered. There’s so much to her.”

Man Ray was the French surrealist artist who discovered Lee, introduced her to the world as a high fashion model and oft-subject of his work. She left when he rebelled against her aspirations as a photographer, and he continued his obsession in his own work after they parted. But the photography part of her career when she was behind the camera is what is most fascinating about her.

Riseborough plays Audrey Withers, the powerful editor of British Vogue who was a close friend of Miller but was part of the decision making to not publish her shocking Dachau photos. Cotillard will play Solange D’Ayen, the fashion director of French Vogue who was also a close ally of Miller’s going back to her fashion days. A respected voice in high fashion, D’Ayen was taken by the Nazis in 1942 and sent to prison in Fresnes, with Miller and other friends unaware of what happened to her. Miller finally found her after the war, and she was understandably a shadow of herself. Law is playing Roland Penrose, the artist and poet who became the love of Miller’s life. O’Connor — who won the Emmy for playing Prince Charles in The Crown — is playing Miller’s son, Anthony Penrose. It was his books and archives Liz Hannah (The Post, Mindhunter) used to write the script. Penrose was stunned to find the photographs and experiences Miller had stuck in a soapbox in the attic, fueling his desire to learn about the past of his mother after she died, one that she never spoke of despite her accomplishments in exposing the truth about the sinister Nazi extermination of Jews, which Winslet and Kuras said too many wanted to conceal. Miller’s desire to block out the trauma is understandable, but why were so many trying to cover up the atrocities during the war?

“So much of it is about perspective and how we create and see stories and history,” Kuras said. “When you look back on WWII and how people envisioned it, the war photographers often would focus on the men in combat. One thing that distinguished Lee from so many other photographers is, she looked at the people behind the scenes. She looked at woman, in the war effort who played a significant role in the war. When she got to Dachau, they were trying to cover up what the actual magnitude of the horrors were because some people did know what was happening at the concentration camps and didn’t want to let it out and didn’t want the world to know they hadn’t done anything about it. When Lee took those photographs, she actually came upon the beginnings of the camp., when the American officers were so horrified by what they saw that they lined up the SS soldiers and were just executing them. Which they weren’t supposed to do. She took photographs of this because she was so much about social justice and felt so strongly about telling the unvarnished truth about that war. That’s what was so interesting about Lee. She was a muse for some of the greatest artists of the 20th century. And yet, she wanted to step behind the camera and tell unvarnished truth that didn’t present this perfect figure of life, but rather to see what the reality was. So much of this had to do what was going on inside of her, this deep sense of social justice was so strong and her moral compass so grounded that it compelled her to leave this world of glamour to go out to war. I mean, who does that?”

Winslet said that Miller became the voice of WWII to female readers across the world.

“A lot of war correspondents were on the front line photographing the fighting,” Winslet said. “Lee was the one who would find the young girls in the hidden brothels at Dachau, and photograph the faces of those young women. She would photograph the faces of the collaborators who had been ridiculed publicly in the square and had their heads shaved. Lee was the women who was documenting war for women through women’s eyes, for a female magazine. Lee photographed war her way, and what we know today about war is, it’s not just about gunfire and how many people are being killed on the front line. It’s about the absolute decimation of the innocent people left behind, who were being destroyed in this systematic eradication of the Jews. She was devastated by the war, and this is about two wars. The one on the battlefield she photographed, and the one inside of her. Many of the people who came back from the war had PTSD and was never able to deal with it. She buried the past, as many people did. She put it in a box in the attic and didn’t want to revisit it. The betrayal of not having those photographs from Dachau printed and shown to the world, was the ultimate betrayal between her and her editor, Audrey Withers, with whom she had such a deep honest and trustful relationship. Those women had created a dialogue that allowed women to understand what was going on with the war. Women at that time didn’t read the papers like they do now. It was a very different world. Though Vogue, this fashion magazine that women read, they were able to bring news of the war and show what was happening, from a woman’s perspective. Through Lee’s eyes, we’re able to see the war in a way we haven’t been able to before. And through what she does when she goes into Hitler’s apartment –[she photographed herself taking a bath in his tub as he was hiding in his suicide bunker] — we really come to understand how important, in present day, this film can be to people. It will remind us where we are now, through what happened back then. The treachery of a madman like Hitler, playing out his deeds, and his manipulations, through this story we can understand what is happening today.”

Winslet is repped by CAA and United Agents; Cotillard by CAA and Adequat; Law by CAA and Julian Belfrage Assoc; Riseborough and O’Connor by CAA and Independent Talent Group; Kuras by UTA; and Hannah by UTA, Echo Lake and Jackoway Austen.