Kate Garraway featured in tonight’s Pride of Britain Awards, as she introduced Prince William and Kate Middleton to present the special award to the National Health Service. Before the award was given, the Good Morning Britain presenter spoke to the two royals about her own experience of dealing with the NHS, particularly with her husband Derek Draper who is still battling coronavirus in hospital.

“This very special award is for every single one of the frontline heroes and to present the award is The Duke and Duchess of Cambridge,” Kate began.

“Thank you for coming and doing all of this.

“I think you’re amazing to be doing this, you’ve had such a hard time yourself,” Kate said and then asked: “How are you doing?”

“We’re doing okay, it’s very difficult because you can’t visit, the children still haven’t got to visit and I think that’s a huge pressure for everybody,” Kate revealed. 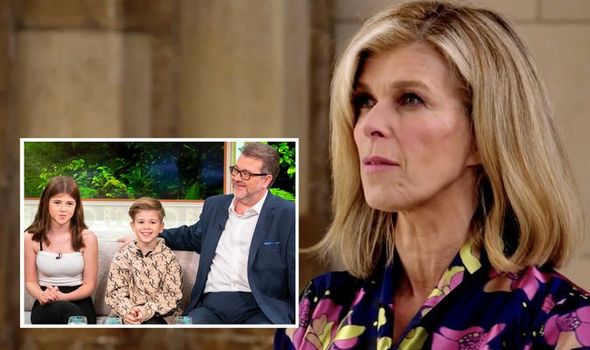 “It’s been very difficult for a lot of people, it really has,” Prince William added.

“You’ve had it in your own family as well?” Kate asked.

And the heir to the throne replied: “Yes, my father had it very early on.”

“Actually around the same time Derek contracted it,” Kate remarked.

A video tape was then played, featured several cover-19 patients and the people who had looked after them during their time in hospital.

Kate appeared in the video and said: “There’s no doubt, the NHS saved my husband, Derek’s life. He wouldn’t be here without individuals that have kept him alive.

“You can never find enough words can you, to say thank you.”

Can hairdressers open during the second lockdown?