Justin Bieber is back at the Nickelodeon Kids' Choice Awards.

The 27-year-old singer was introduced by his wife, Hailey Bieber, who also shared that he was already a winner of two orange blimps on Saturday.

"Our next performer is bringing home two new blimps! He's your choice for Favorite Collaboration and Favorite Male artist," the model said, before adding, "And my choice too. Performing 'Intentions' featuring Quavo, make some noise for Justin Bieber!"

Bieber then took the stage wearing a white-and-jean jacket with beige pants and a green hat. The Migos rapper then appeared in a sleek lime green suit and took over his verses. The two concluded their performance by jumping into the slime lagoon.

justin bieber performing intentions in 2021 on #Kca slay so much pic.twitter.com/XA5vD43XIk

a truly un-belieb-able #KCA performance from @justinbieber 🧡 there's another one coming up! pic.twitter.com/4PacjhkZEA

Later in the telecast, Bieber returned to perform his new single "Hold On" and "Anyone." For his second performance, Dixie D'Amelio introduced the singer saying, "I can tell you how excited I was about this next performance. He was phenomenal earlier but that was not enough…But now he's back with two more massive hits."

Related: Justin Bieber through the years 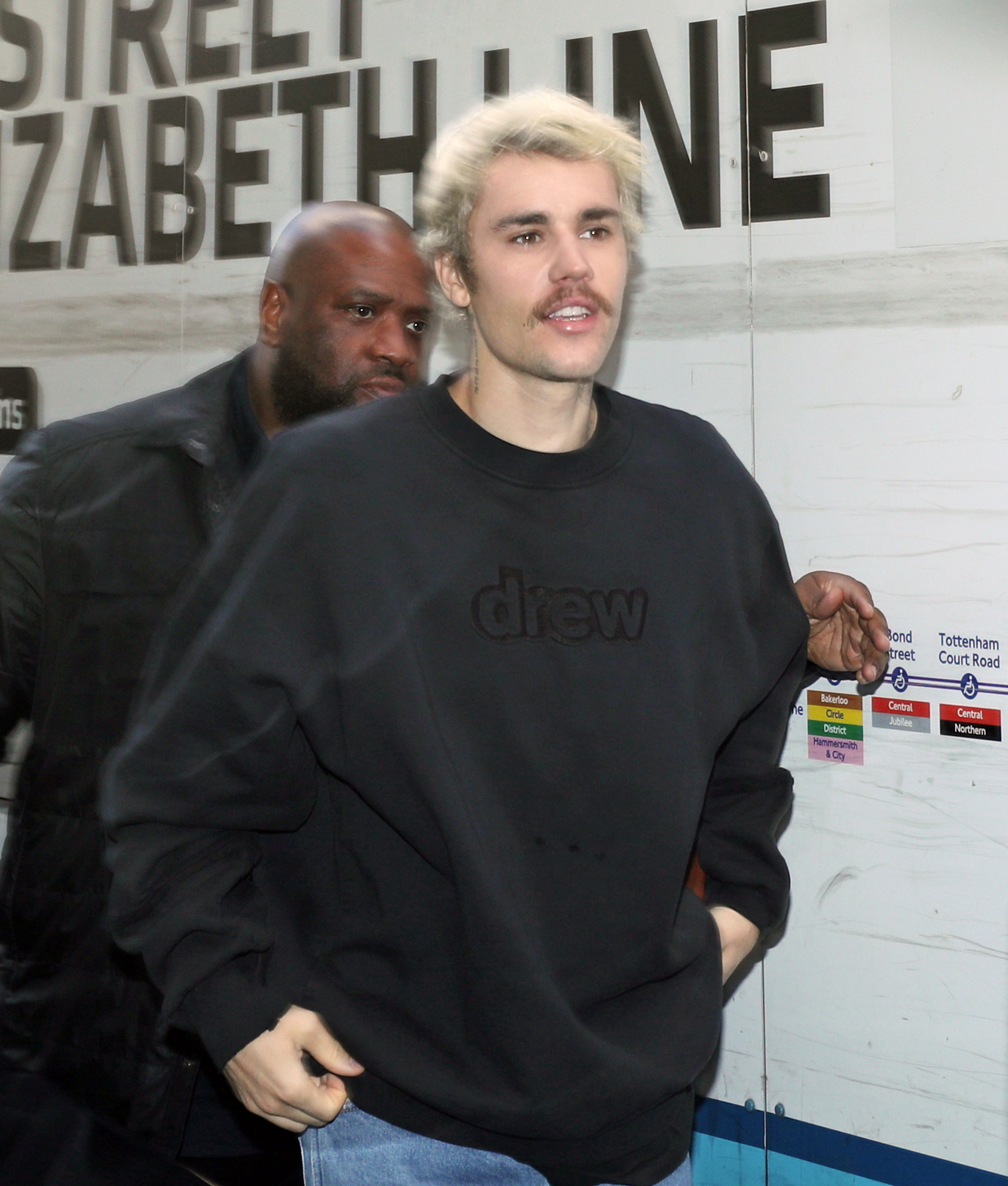 Bieber performed on the blimp pad and wore a white tee, brown cardigan, black jeans and beanie. He was accompanied by a band and pyrotechnics.

could watch @justinbieber perform forever ever 😍 Who caught both of his #KCA performances tonight? pic.twitter.com/DEDgcsPmxD

Bieber was nominated for a total of five orange blimps this year, with three in the Favorite Music Collaboration category for his songs “Holy” featuring Chance the Rapper, “Lonely” with Benny Blanco, and “Stuck with U” with Ariana Grande, as well as one for Favorite Song for “Yummy” and one for Favorite Male Artist.

Bieber was originally scheduled to perform at the 2020 ceremony before it was canceled due to the coronavirus pandemic.

"The Kids’ Choice Awards was my first awards show and returning to share my new music is a full-circle moment," Bieber said when announced as a performer earlier this year. "Although the show may look different this year, the KCA’s are always a ton of fun and there will definitely be no shortage of slime!"

The chart-topping artist first attended the Kids' Choice Awards in 2010. Bieber is next set to release his sixth studio album, titled Justice, on March 19. Justice will include his previously released singles "Holy," "Lonely" and "Anyone." The new album comes a little over a year after he released Changes.

For more on Bieber, see below.

This video is unavailable because we were unable to load a message from our sponsors.

If you are using ad-blocking software, please disable it and reload the page.Embed CodeRestart