“We are thrilled to join forces with New Republic Pictures,” Law says 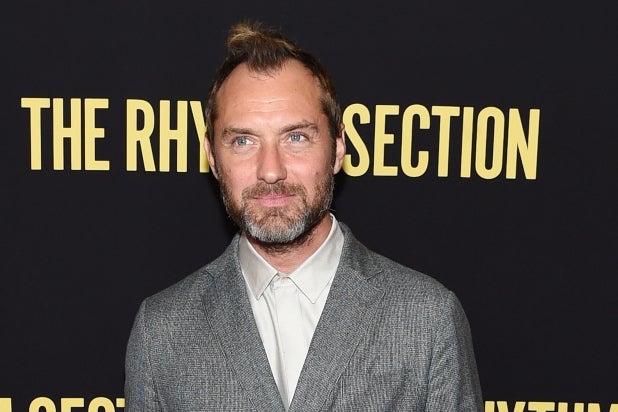 “We are thrilled to join forces with New Republic Pictures,” Law said in a statement to TheWrap. “They have a commitment to creating the highest level of content, and their slate of projects reflects that. We look forward to working with Brian, Brad and their whole team to elevate our current projects in development and to identify new and inspiring material to take into production together.”

“The New Republic team is thrilled to be working with Jude, Ben and the Riff Raff team, whose vision, talent and relationships make them incredible producers and enviable partners,” Fischer and Oliver added. “We hit the ground running from our very first meeting and can’t wait to help them bring to life a quickly growing slate of amazing projects across film and television.”

Riff Raff Entertainment most recently wrapped production on “True Things,” a film adaption of Deborah Kay Davies’ book “True Things About Me,” which was originally optioned by Law and Jackson. Also produced by Ruth Wilson, The Bureau, BFI & BBC Films and directed by BAFTA Award winner Harry Wootliff, the film stars Wilson and Tom Burke. Picturehouse Entertainment acquired the film and is releasing it in 2021 in the UK and Ireland.

Riff Raff, alongside Sony Pictures Classics, previously co-produced the Kenneth Branagh-directed thriller “Sleuth,” which premiered at the 2007 Toronto and Venice Film Festivals and starred Law and Michael Caine. In 2004, Law and Jackson enabled the financing and produced the sci-fi adventure film “Sky Captain and the World of Tomorrow,” in which Law starred opposite Angelina Jolie and Gwyneth Paltrow. The film was ultimately bought and distributed by Paramount Pictures. Currently, Riff Raff has numerous series and films in various stages of development.