On Tuesday’s BBC Breakfast, Nina had been interviewing members at Leigh Spinners Mill in Manchester about the Tory leadership result, which has seen Liz Truss becoming the new Prime Minister. However, the journalist endured an unfortunate live TV experience when her mic pack fell off while she was chatting to people, which later saw presenter Jon Kay mocking his colleague.

As the camera cut to Nina, she explained: “I’m in the engine room now, part of that massive piece of history for Leigh, for Greater Manchester, for the north-west and indeed across the UK.

“But what they told me here is that they respect the past, they value the past, what matters now is the future.”

Turning to speak to some guests, she commented: “Let’s have a chat with Les,” but her mic pack fell to the ground with a the as she remarked: “Oh, excuse me!”

She quickly knelt down to collect the equipment, but was forced to be resourceful when chatting to the men. 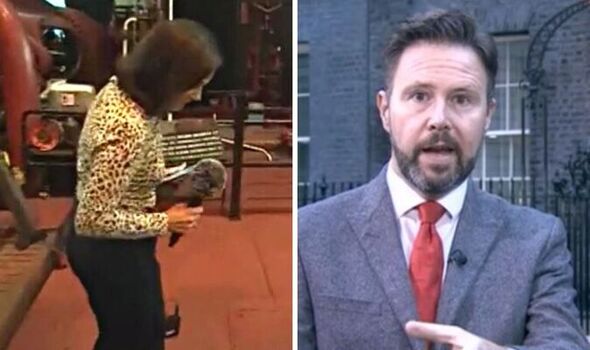 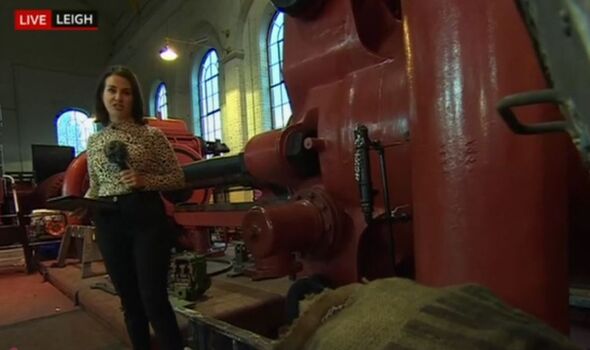 She continued: “Sorry about that, Les! My battery pack has just fallen out.”

Quickly rectifying the problem, she professionally continued with the interview by asking Les, who runs a high street estate agency: “When you talk to people looking to buy houses, what do they say to you at the moment? How much is the cost of living crisis affecting them?”

Nina then had to hand over her microphone to the guest to respond.

“Yeah, I think there was an overall challenge in terms of the cost of living,” he replied. 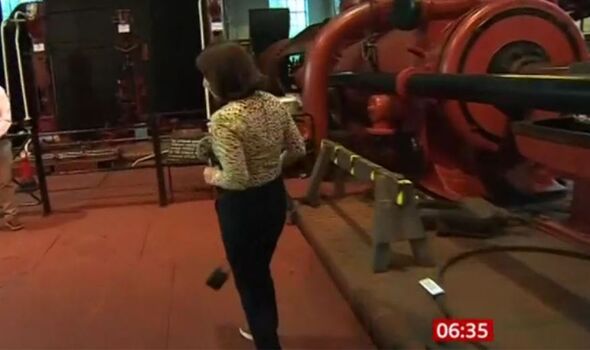 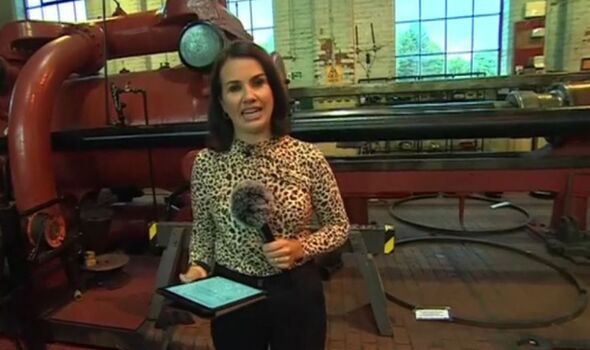 “The affordability of it, but people have to live somewhere when you consider the cost of purchasing compared to rental costs, it’s much more affordable if you can get the deposits.”

“And we heard that potentially, there will be government bank loans handed out to energy companies that would take the sting out for the next 18 months or so, but long-term we’d all be paying out a little bit more perhaps for the next decade,” Nina remarked.

“Is that the kind of plan you think could work?”

She apologised once again over having to use the big microphone.

She asked about Truss promises regarding levelling up in the north.

“We’ve got to do something, you know, we’ve been waiting,” he explained.

“Promises, promises – we need, whatever political party we have, they need to do something.”

Later, Jon remarked: “Nina for now, thanks very much indeed.”

However, he quickly took the opportunity to crack a joke about the awkward on-air blunder.

“If you need a microphone, Nina, I reckon there’s about 855 here because of the media from around the world. So, we’ll whizz one to you!”

Nina laughed at her co-star before he repeated: “Thanks for now!”

BBC Breakfast airs weekdays from 6am on BBC One.