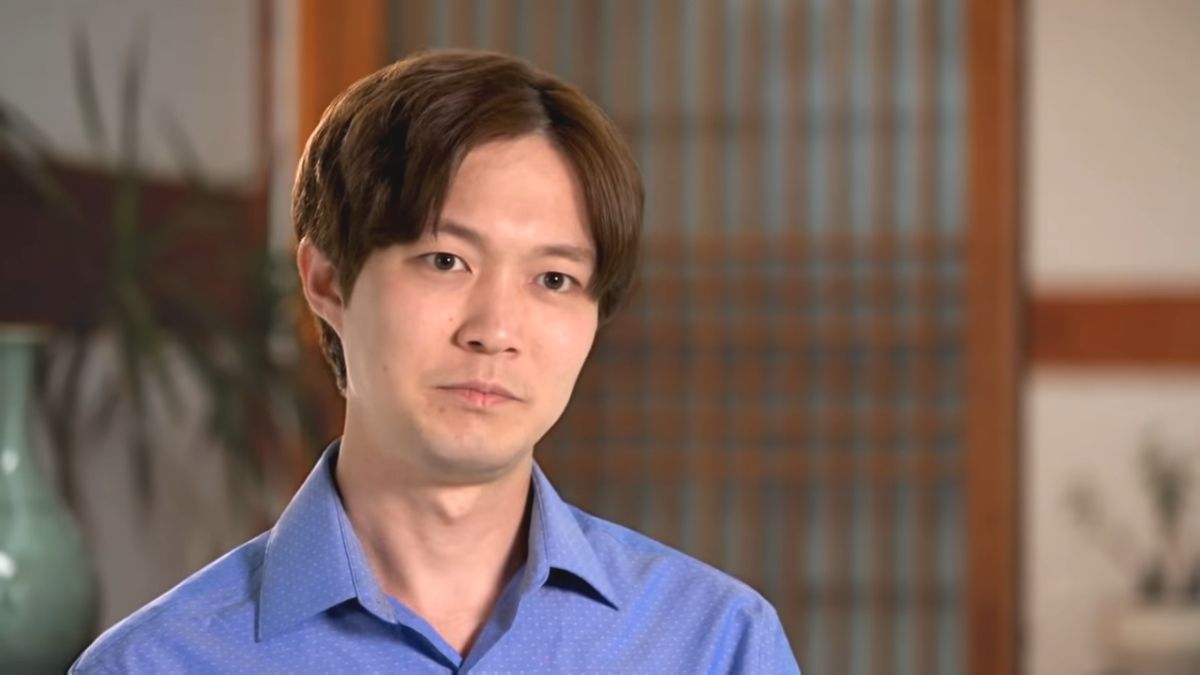 90 Day Fiance star Jihoon Lee dressed up as the iconic horror character that his ex-wife, Deavan Clegg, happens to have tattooed on her arm, Edward Scissorhands.

He posted his Edward Scissorhands look on Instagram on Friday.

In the picture, he wore a white button-down shirt and black suspenders over a black turtleneck.

In the caption, he shared that this was his Halloween costume and even shared a YouTube video that shows fans how he created the look.

Many fans commended his costume in the comments section.

“Omg you really look like the character!” one fan exclaimed. 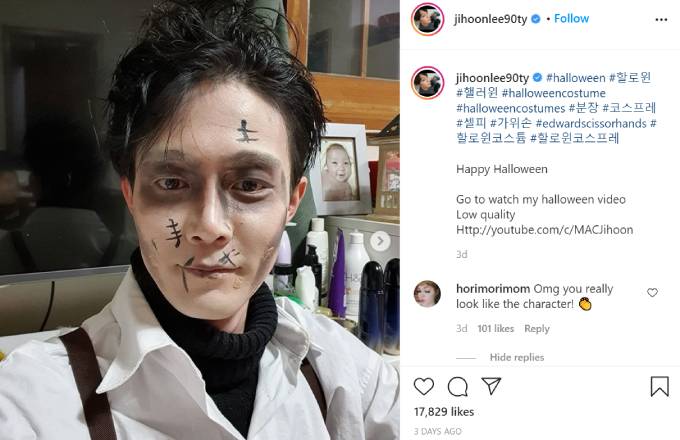 However, some observant fans caught onto the subtext behind his Halloween costume. They pointed out that his ex-wife, Deavan has an Edward Scissorhands tattoo.

“Doesn’t…someone…have him tattooed…on themselves,” one fan hinted in the comments section.

“Isn’t it funny that his wife has this tattoo on her,” another stated.

“Lmao they said you could be anything. So you became her arm tattoo,” a third fan joked. “jihoon you look fantastic though!  good job on the costume! And Happy Halloween Eve.”

Jihoon and Deavan were featured on 90 Day Fiance: The Other Way. Deavan intended to move to South Korea to live with Jihoon so he could be a part of their son, Taeyong’s life.

The first time Deavan attempted to move to South Korea, she disapproved of the apartment he had found for them and left.

The second time she came to South Korea, she moved in for good. However, since the show stopped filming, Deavan filed for divorce and moved back to America.

Deavan claimed that she separated from Jihoon because he and his parents allegedly abused her daughter, Drascilla.

She claimed Jihoon pulled out a chunk of Drascilla’s hair and hit her.

After these accusations, Jihoon and Deavan were asked not to appear on the 90 Day Fiance: The Other Way reunion episode.

Jihoon spoke out and claimed Deavan’s accusations are untrue. He even accused Drascilla of abusing the dog they had gotten together.

He claimed they had to give the dog they had together to another family before they separated due to her abuse.

The two have been feuding since their separation.