They spoke to James Cleverly MP about the recent Brexit document leak which revealed the fears over a no deal Brexit.

However, the heated discussion saw Bacon interrupt the Conservative Party Chairman as they struggled to come to an agreement on what he should answer.

Cleverly refused to go in to details about the shortages of medicines that could happen because of Brexit.

Bacon asked Cleverly: “Even in a non-worst case scenario, we would be correct as citizens to assume that in the event of a no-deal there would be a shortage of some medicines and would you tell us specifically which medicines we will be short of?”

Cleverly said he did not want to discuss the leaked government document, Operation Yellowhammer, which emerged over the weekend.

The Conservative MP added: “You’re asking me to go into detail in a leaked document that I’m not willing to do.”

However, Bacon wasn’t happy to see the politician refusing to answer his question, and he pressed on.

“What is the realistic position? What medicines will we be short of in the event of a no-deal?”

Cleverly hit back: “That is an internal document to stimulate government activity. I’m not going to sit here and speculate on a whole host of hypothetical situations.”

Bacon yelled: “I’m sorry, to jump in, I hate interrupting. 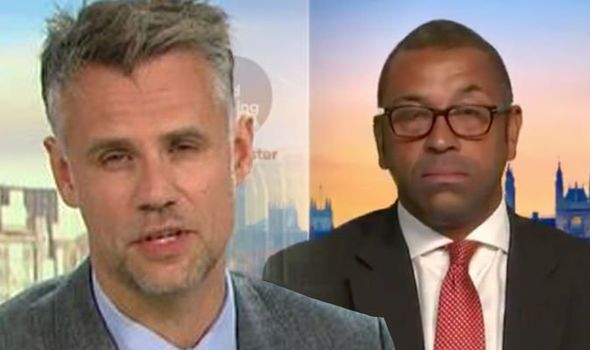 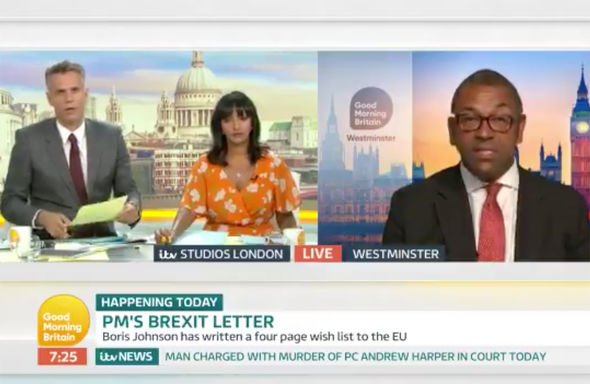 “But don’t you think the public have a right to understand there might be a shortage of medicines and which medicines?”

However, many weren’t happy with Bacon for his style of interviewing, with some claiming he was trying to be like Piers Morgan.

What’s more, others wondered whether he was the right person for the job considering he lives in Los Angeles.

Many flocked to Twitter in anger with one saying: “Richard shut up and let the man speak.” 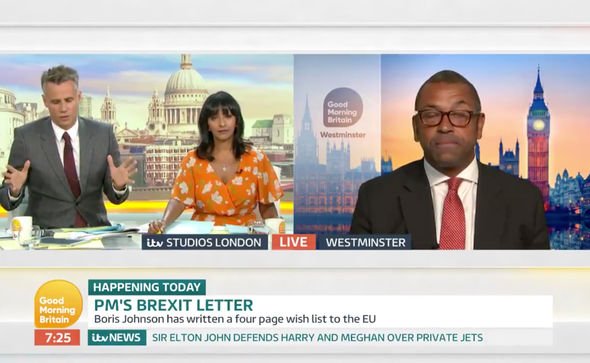 A third commented: “I love seeing the hatred in LA living Richard Bacon eyes when PM Boris Johnson is mentioned in the news.”

“Richard Bacon just waited for James Cleverly to leave and answered his own question to James with the answer Richard wanted. This is ridiculous! Switching over,” a fourth added.

Meanwhile Ranvir Singh was on fine form as well, taking Labour’s John Healey to task over the party’s Brexit stance.

She was confused as to why he could tell her what his policy on monkeys as pets was, but couldn’t pin down a Brexit one.

Good Morning Britain airs weekdays on ITV from 6am.