Good Morning Britain returned to ITV this morning and joining Susanna Reid to present the show was Ben Shephard.

Those watching at home tuned in to see the Work and Pensions Secretary Amber Rudd talk about a new Government review into the way terminally ill benefit claimants are supported by the welfare system.

Naturally, talk turned to Brexit and Reid asked the guest about her views on a No Deal come October.

However, the conversation heated up quickly and Rudd cut off Reid to state her point clearly.

“If cabinet members like yourself keep saying ‘No Deal is going to be terrible, we can’t have No Deal,’ aren’t you undermining the negation position of even the person you’re backing, Jeremy Hunt?” The presenter asked.

“We’ve got to go to the EU with a credible plan for No Deal, otherwise they’ll just go ‘We heard Amber Rudd saying ‘never going to happen anyway because it’s going to be terrible for the country.’”

“What I have said is we mustn’t pretend No Deal is easy, we must be straight with the British people; that we’re in a situation where No Deal is going to hurt the country, to a greater or lesser degree.

“Even people who are incredibly gung-ho about Brexit, acknowledge it would be difficult for the economy and the union and security of the country,” she continued.

“So let’s be frank about that. But let’s also acknowledge by the end of October, we are scheduled to come out, so it is right to prepare just in case!” 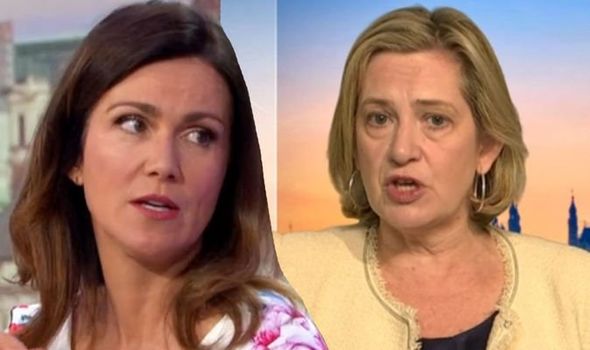 Reid asked: “Is your department prepared for a no deal?”

“Yes, 100 per cent,” Rudd stated confidently. “Benefits and pensions go out to people outside the UK, the system works smoothly and we are prepared to do that.”

The MP also discussed the Tory leadership contestant and revealed she would be backing Jeremy Hunt MP.

“I really do hope that it’s Jeremy Hunt,” Rudd began. “I know there is a lot of speculation Boris [Johnson] is ahead and he may well be, but in my experience there are a lot of people turning towards Jeremy Hunt. 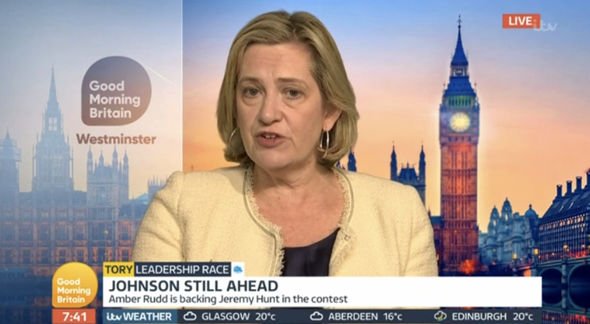 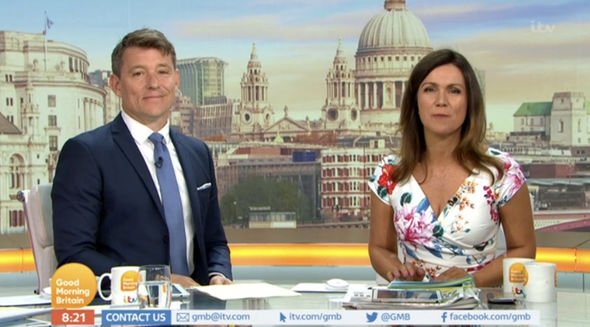 No Deal is going to hurt the country.

“He and I and the rest of the team are not going to stop until the last day, so we can continue to make the case for him.”

It comes after both Hunt and Jeremy took part in a live debate on ITV earlier in the week as they eye for the Tory leadership role.

On yesterday’s show Piers Morgan presented alongside Reid, and a hot topic on the show was the Royal family.

Host Morgan couldn’t help himself and made a startling claim about the alleged rift between Kate Middleton, Prince William and Meghan Markle and Prince Harry.